Sabrina has always had an intense love for animals. But she drew the line when Bre, a few years ago, suggested she buy herself a Spirit Hood. Spirit Hoods are faux-animal-fur hoods often seen worn by the mountain-loving younger crowd in Colorado (Breanna included) and a few other places.

However, the idea soon grew on Bean, and she decided that she wanted to support the Spirit Hood cause, which is to preserve wildlife with the help of hood sales.

Recently, they went on sale, and she bought herself the Red Wolf one… 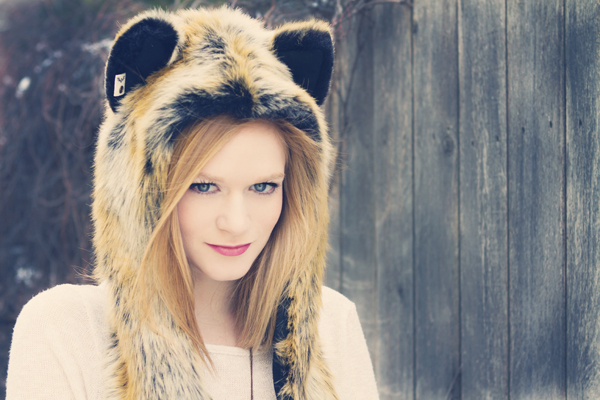 I love it! She already owned the Night Owl hood, which is one of my favorites… This is another picture of her in the Red Wolf… if I'm not mistaken, I believe this is also the one that Bre owns. I loved Bre's so much, I wanted one for my own! 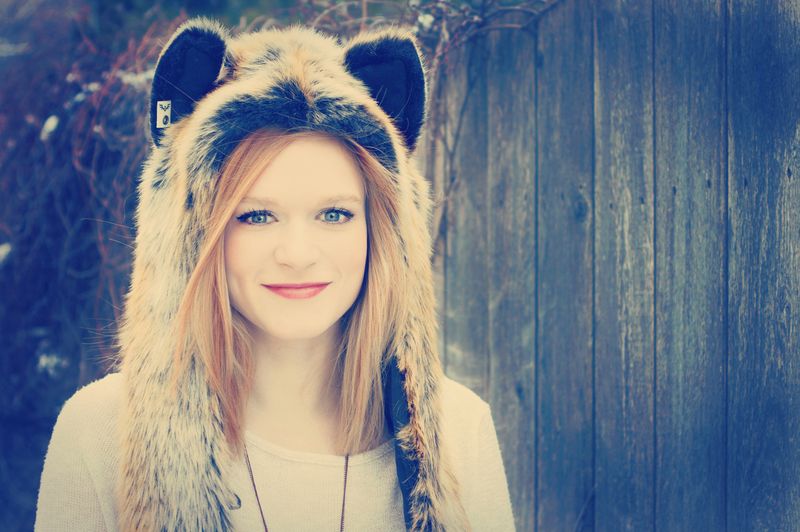 The girls surprised me this year for Christmas with a large box that said "To Mom, From Grey Wolf." I was absolutely thrilled! Thank you again, my sweet girls!

I really only showed you these crazy animal hoods because I wanted an excuse to tell you that Sabrina won a much-coveted internship at the Henry Doorly Zoo for this summer. I'm so happy for her, as she's been saying since she was about 6 years old that she wanted to work at this zoo some day. If you're ever in Omaha, take the time to visit it.. it's a fabulous place, beautifully built and huge! I think Bean will be very, very happy there, and she's feeling like she won the Internship Lottery since yesterday. 🙂 Congratulations, Bean! We always knew, somehow, that you belonged in the zoo.