In the spirit of the day… enjoy!

(Please use the link located at the bottom of this post to download the PDF for this design.)

P.S. The football's stitches are shown in black, but they're actually to be stitched in Ecru! This is noted on the chart. 🙂

In case I haven't mentioned it before, I am NOT a fan of bored games.

However, last week Mike suddenly produced a game he felt sure I would love. I told him that if there were game pieces or rules to be read, I wouldn't; he could trust me on that. But he persisted, so I gave in. Besides, he looks so sad when he plays games by himself. I sometimes see him looking around to see if anyone is watching, and when he thinks there isn't, he'll get up from his seat and move to the seat across the table and pretend to be a friendly opponent who just dropped in to enjoy a rousing game of Boardom.

I'm totally kidding. He usually just sets up the game and waits for anyone at all to show up.

Anyway, I gave in to his persuasion, and was introduced to a game I actually liked. It's called Dixit. The game includes the most interesting cards I've ever seen, each one a fragment of different works of art looking like they came from a beautifully-illustrated children's book. Each player gets a hand of cards, and on their turn they choose one of their cards (without showing which one they chose) and describe it to the other players by saying a word, sentence, singing a song, or miming.

After the players consider the clue you've given, they choose a card from their hand that most matches the clue you just gave. The trick is to give a clue that is mysterious to some, yet easily guessed by others. It's an interesting balancing act if you want your little rabbit game piece to move ahead. 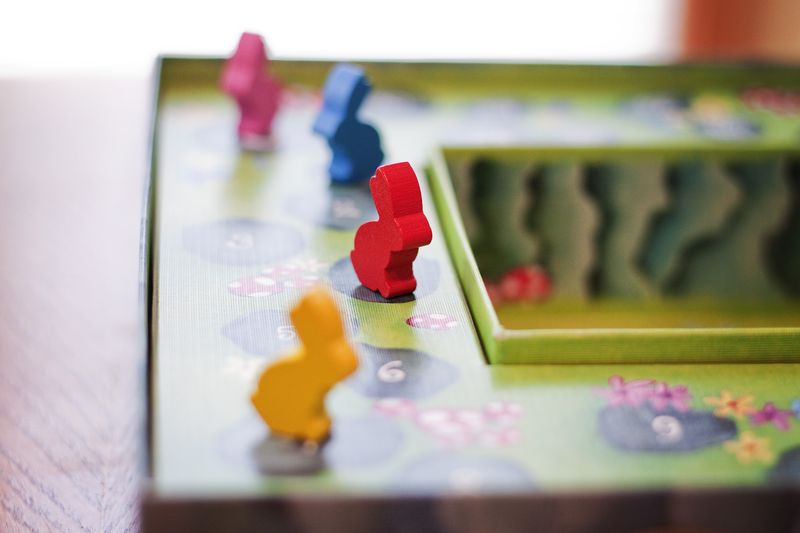 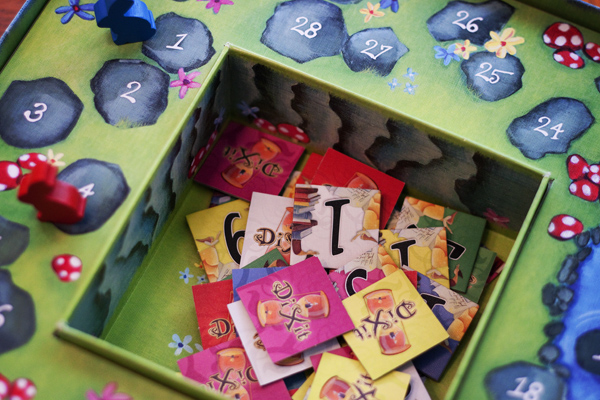 Here's a card I played. My hint to Mike and Sophie was this: "I didn't know death would be like this." (I thought the man with the walking stick looked like he had a choice as to whether he wanted to take the stairway up or down, so that's the clue I gave.) 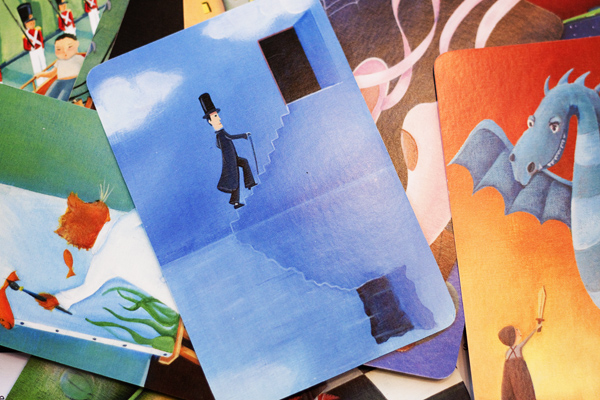 When all the cards were revealed and the play was over, here was the card Sophie played. Remember, my clue was "I didn't know death would be like this." 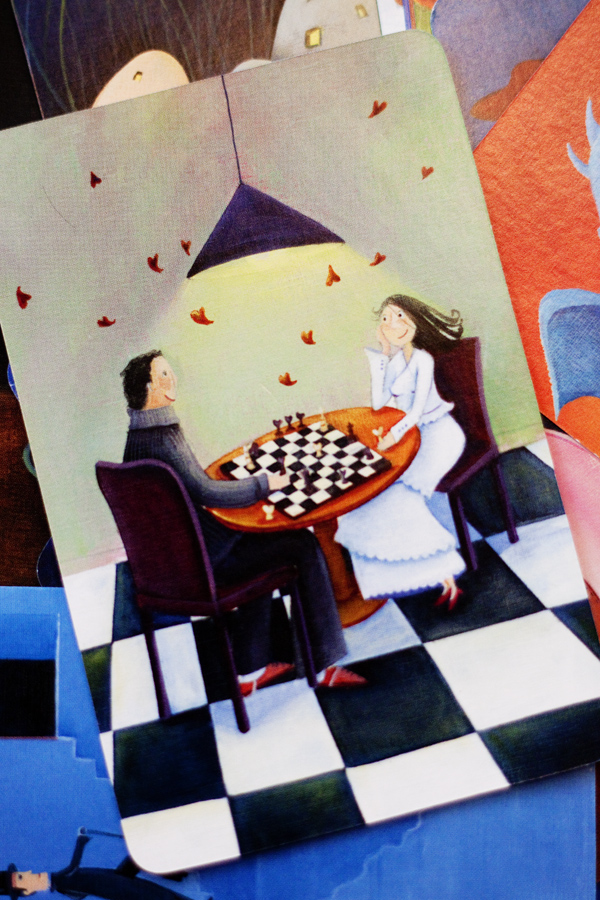 At long last, I have a game I could recommend to families. However, much to my husband's chagrin, I am not a converted gamer. As far as his finding friendly opponents, he'll have to continue being his own worst enemy.