Sabrina loves making her own costumes for all the themed parties she attends in college, and her favorite place to get the materials is at thrift stores. Basically, she re-purposes once-loved outfits, usually of the '80's persuasion.

Recently she acquired another one of these garments – one that was a size 16 (she's a size 0) jacket and skirt, with a wild pattern on it that involved ships and anchors and compasses. It was a hilarious success at the party she attended, and everyone thought she was fibbing when she said she only paid .99 cents for it (she even got a few questions asking if it was "a Ralph Lauren," at which she laughed and replied, "No, it's from the Good Will!").

Fast forward to last weekend, when she was asked to attend a fraternity's formal dance with a good friend of hers (she's no longer dating Joey, btw). She said she'd go, and jokingly told her friend that she would wear the nautical-style costume she had purchased, and he could wear the jacket so that they'd match. He agreed. She backpeddaled. He insisted, saying, "You only live once."

And so the pair wore the most informal formal attire in the history of Beta's formal dances, and they were formally the smash of the party. 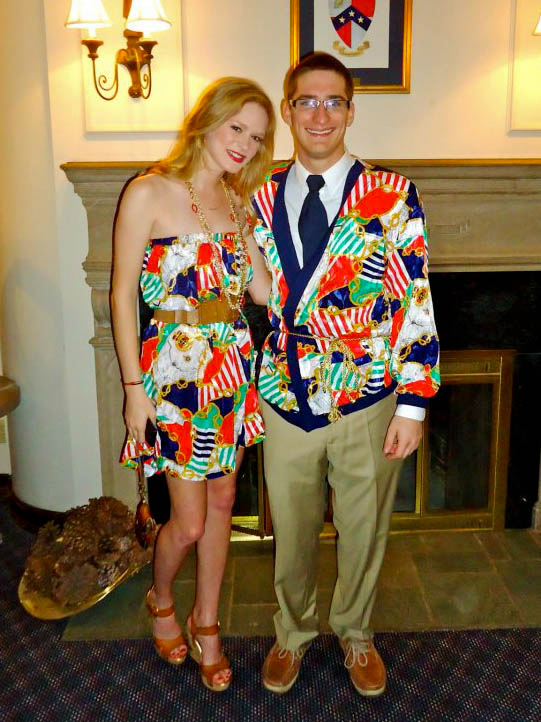 I just about died laughing when she sent me these photos! The one above was taken in the lobby of Beta's house. 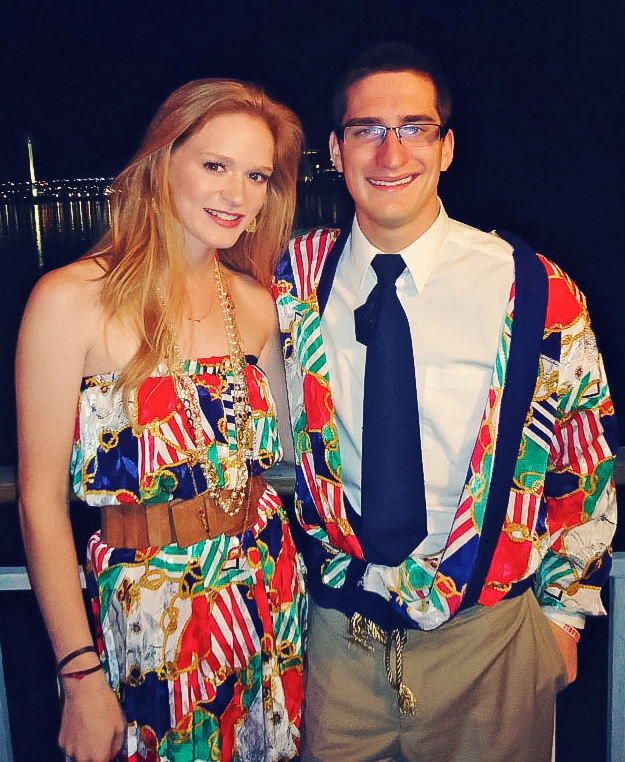 Her friend, known as Hugh Heffner on this night, was very ill with a fever, but he was a good sport. And Btw, my mom altered the size-16 skirt so that it would fit Sabrina properly as a dress, and I think it turned out so cute! 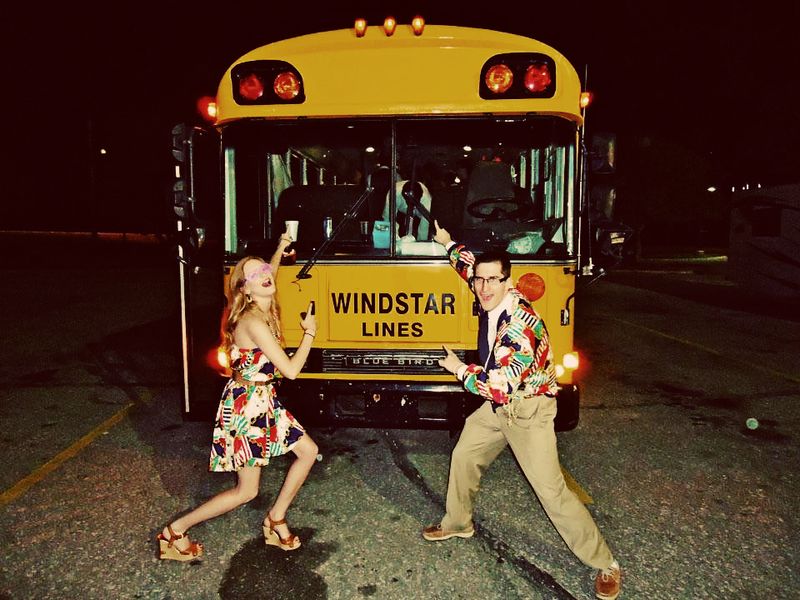 I don't post many candid photos of Sabrina on here, but I just had to show this one that she sent to me as well. This is the Sabrina I know and love: the silly, sweet girl who loves to have fun and doesn't care what she looks like in the process. If there's anyone who truly lives by the mantra "you only live once," it's her. (But thankfully, she doesn't take it so far as to shorten my life!)

Bean, you both looked fantastic, and I'm so glad you had a great time!

Even though you're ill with a fever now. 😉