On our last day in the Beehive State, we decided to head into Salt Lake City (since that's where our plane would be taking off) and find a good place to eat. The guy at the ski rental shop recommended this place called Tucanos Brazilian Grill, so after following the instructions given to us by the lady-who-lives-in-my-phone, that's exactly where we ended up. 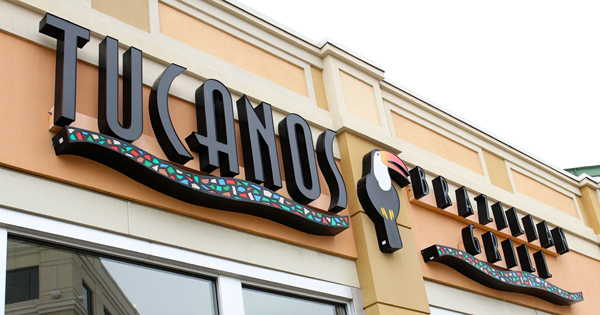 This is one of the most unique places I've ever eaten! They have these colorful markers at each table, and as long as the green end is up, a server will come to your table over and over again, each time with a different type of meat for you to add to your plate. 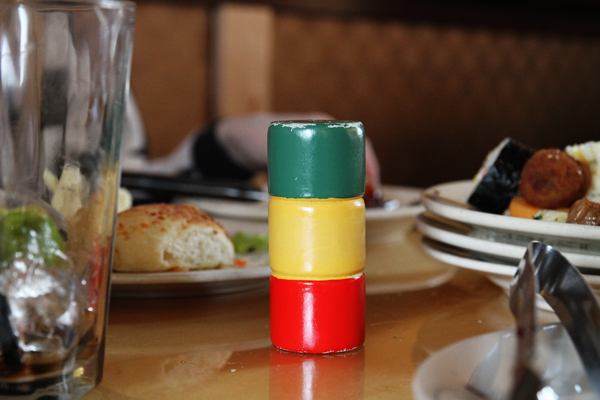 In case you can't tell from the way Mike's tongue is situated, that green side was up for a really long time. 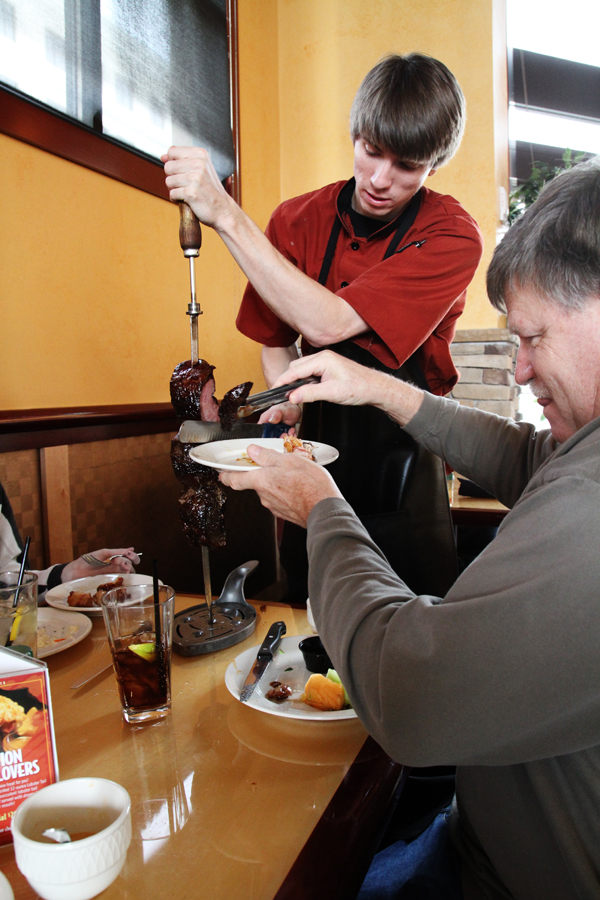 He brought us barbecued chicken on one trip, and prime rib on the next. He showed up with grilled pineapple and honey-glazed ham, and then it was garlic seared steak. It wasn't until he brought us the chicken hearts that we realized we needed to, at some point, put the red end up. 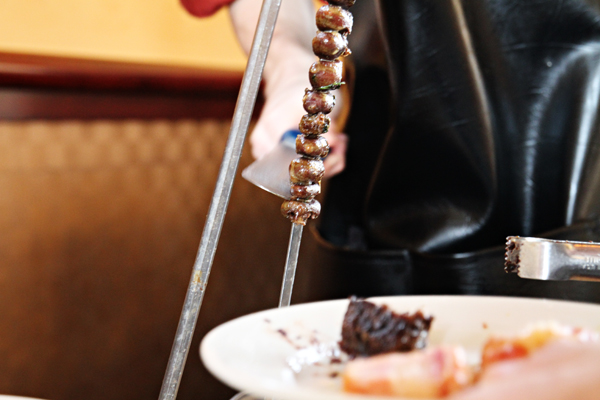 I can proudly say we all tried a chicken heart. And in my opinion, it tasted a lot like frog legs, which I've never had, but heard that they taste like chicken.

Btw, they have an excellent salad and soup bar too! 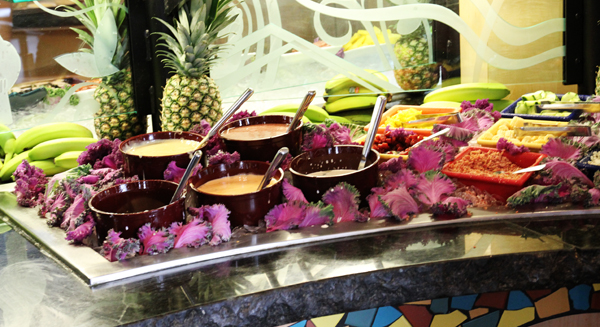 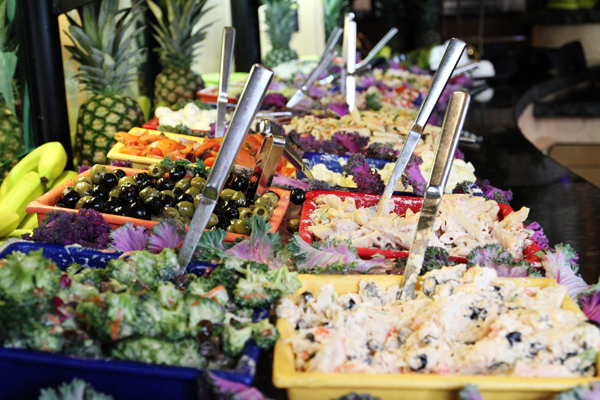 Soon our server headed over with the dreaded dessert tray. Mike absolutely insisted on getting the raspberry cheesecake, so I told him to stop whining and order it already. 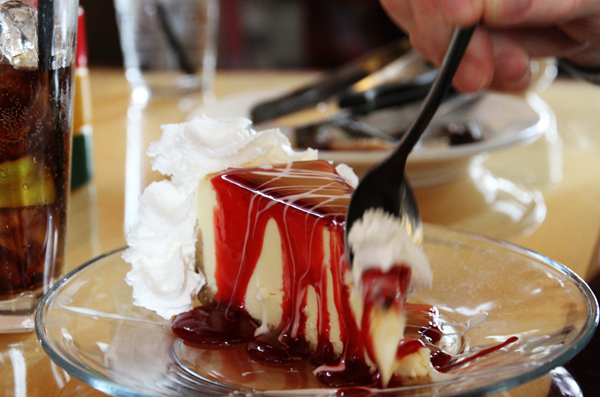 Here's Sabrina with a mouth full of what she chose… 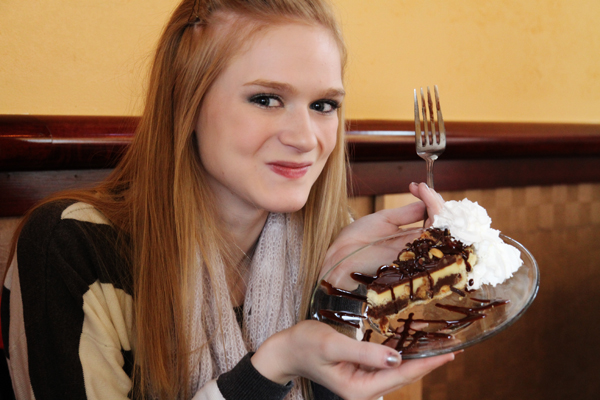 And no matter where we are, Sophie manages to find plain vanilla ice cream with caramel syrup. 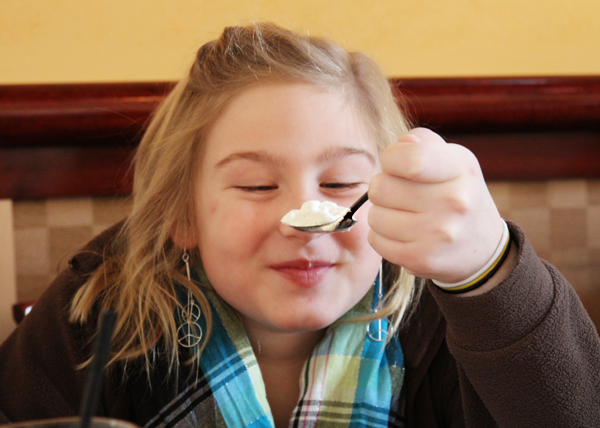 Me? Well, Mike was supposed to share that raspberry cheesecake with me, but I got nary a bite. Okay, fine, I got several, but what I really wanted was a little something I like to call The Plasma: 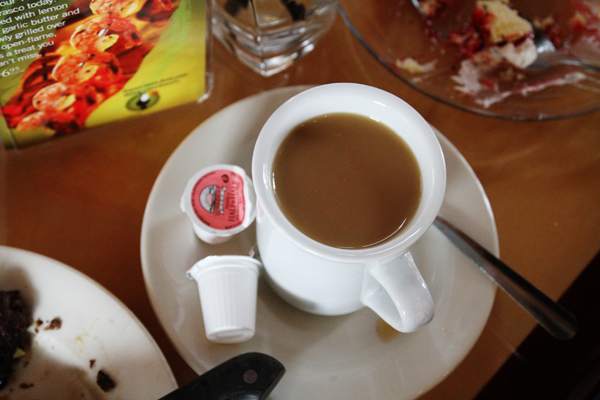 What a fantastic place to eat! We'll definitely be stopping there again, the next time we're in Utah.

I leave you with one more TubCam. This one is Sabrina's, and she took it all by herself on her cell phone. Hold on tight!