While Mike and Soph and Marty and Beth and Nick and Zach and Gabby spent the day skiing, Sabrina and I stayed at the bottom of the mountain, perusing the colorful shops on Main Street, just in front of our condo. There were banners on every lamppost, announcing the big Sundance Film Festival event coming up the following week (I believe it's going on as we speak?), so the streets were very quiet and the shopkeepers were readying things for the windfall of celebrities that would be visiting them soon.

One of our favorite shops (and one of the few that were affordable to us, since we are not in the Hollywood income bracket) had lots of fuzzy snow hats. I liked the owl hat best, so Sabrina humored me… 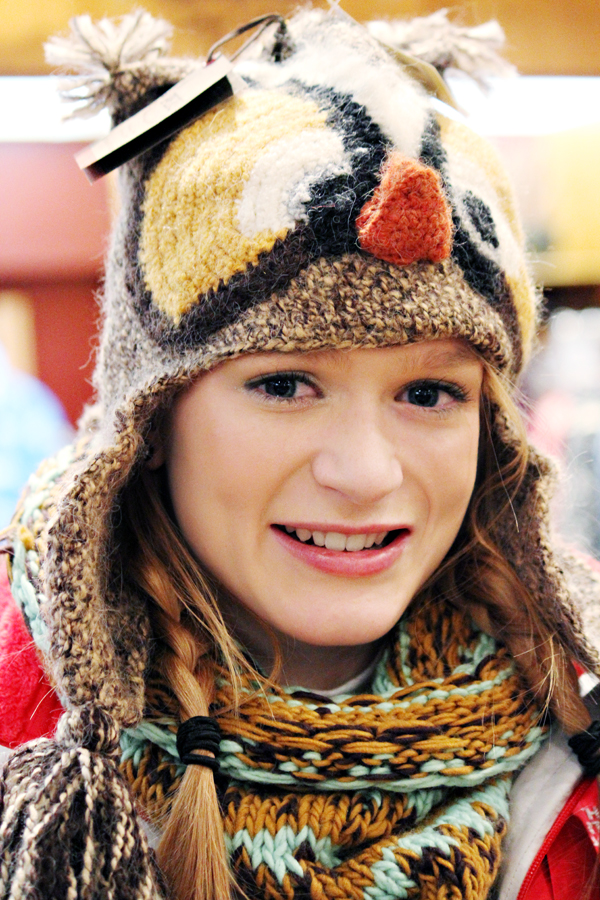 A few storefronts down, we happened upon a boot shop, where Sabrina found a pair she fell in love with… I also wanted a pair, but if I bought two pairs, I would not have been able to buy milk for the children… 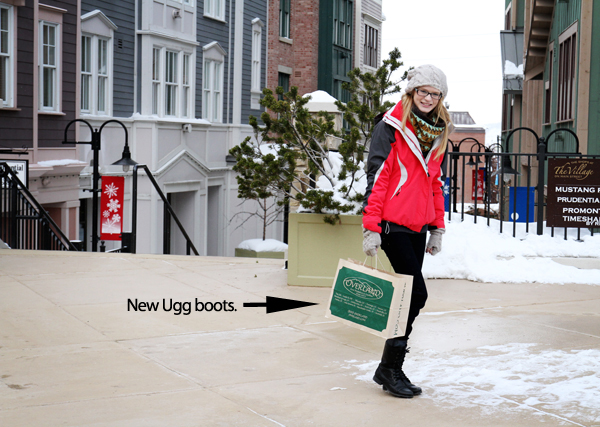 Doesn't she look happy? I'm so happy I sacrificed. Excuse me while I go get a towel to wrap my cold feet in. 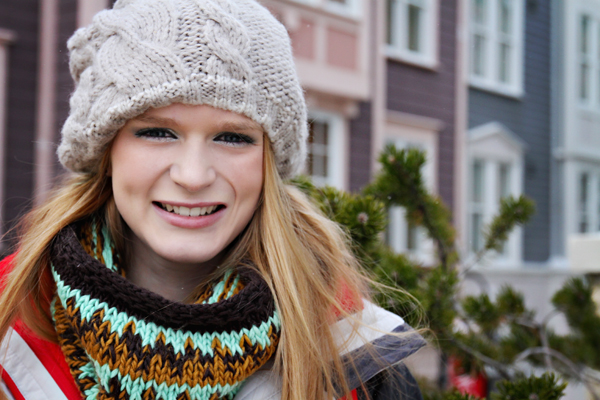 After she we finished shopping, we decided to head over to Deer Valley (where the rest of the fam was skiing) and have some lunch in the lodge. While we waited at the bus stop for the shuttle to pick us up, I looked down at our boots and thought how this might be the last photo I would ever be able to take of my daughter and I as sole sisters. After all, sister's got a shiny new pair to drink with her tall glass of milk. 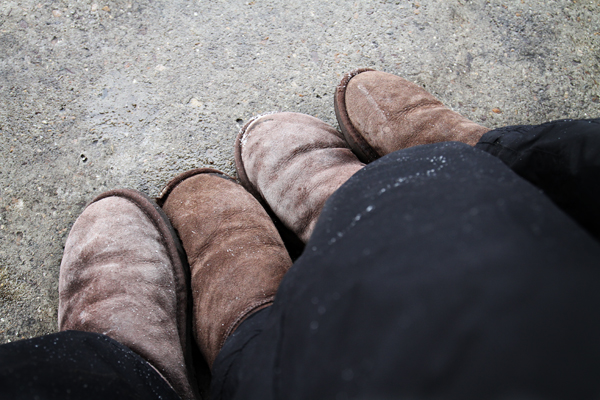 (Btw, as grungy as these poor Ugg boots look, let me express that they are worth ten times their weight in gold, and I plan to get mine cleaned and restored back to their deep chocolate color very soon.)

We made it to Deer Valley within minutes and before meeting up with the gang for lunch, Sabrina and I rode the Funicular, which is an outside elevator that takes you up to a mountaintop resort. Once at the top, we went to the look-out area and got to see the resort below… 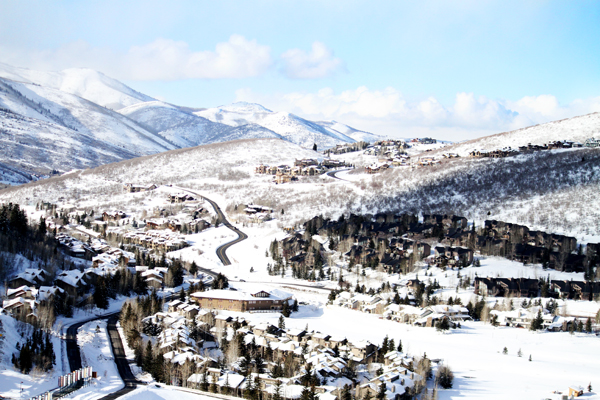 (Remember when Sabrina got those goggles in Breckenridge last year?) 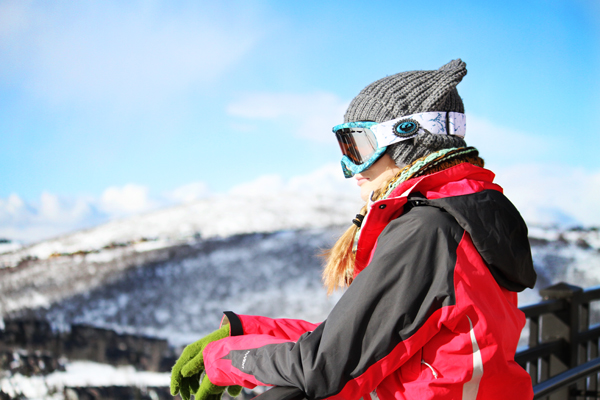 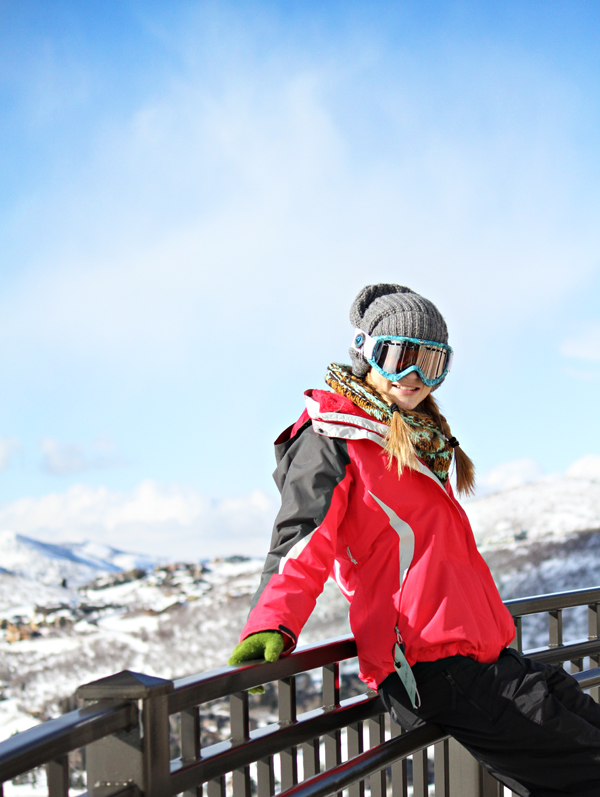 Soon we were headed back down the side of the mountain, and met up with the others in the lodge. Here's sweet Gabby, who refused to have her picture taken, yet later fretted and fussed that there were lots of pictures of the other kids, but none of herself. 😉 Gabby, when I see you again, I'm going to follow you around with my camera everywhere you go, bc you are a cutie-pie! 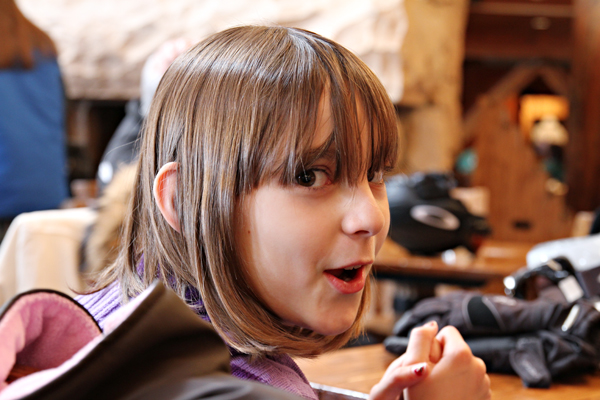 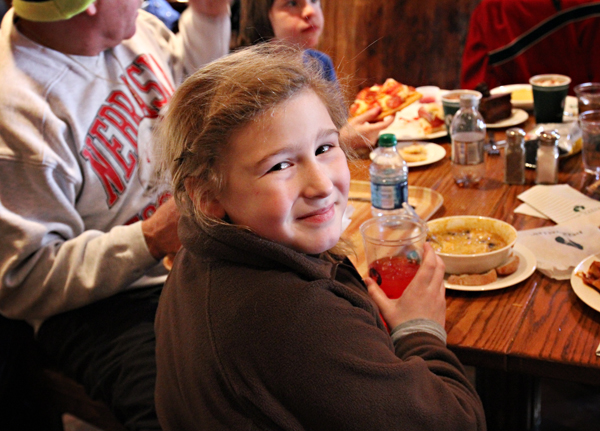 (I could just eat that child up, in case you didn't know.)

Eventually everyone tired, and we all decided to head back to our condos and get ready to meet up for dinner and the Auburn/Oregon game. Here's Beth, talking to our server, Sawyer, who kept calling her "Paulette"… (I believe I also heard him call Mike "Tweedle-dee" and Marty "Tweedle-dum," when really, it's the other way around.) 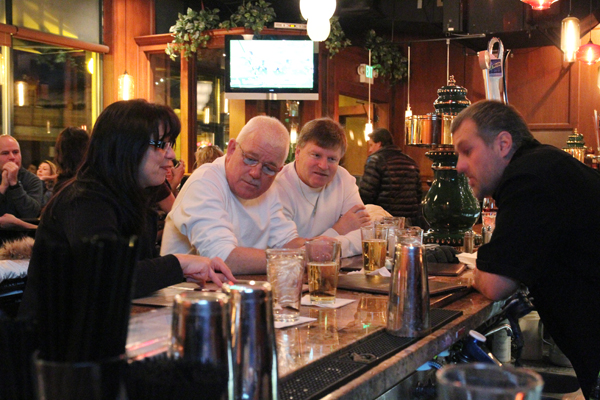 If you're wondering where all the kids are, they were in a corner booth. Here was the seating order, along with the ages of the children:

Sabrina still isn't speaking to us.

Later that night, after everyone had said their goodbyes for the day and settled back into their warm rooms, I got to my stitching, Sabrina went to bed, and Mike busied himself with another game of Angry Birds on his iPad. Soon he got up to go check on Sophie, and after hearing her squeal, he came quickly out of the bathroom, his face red, and he laughing. He told me to go take a peek at her, so I did.

I assured her I wouldn't take an inappropriate photo. 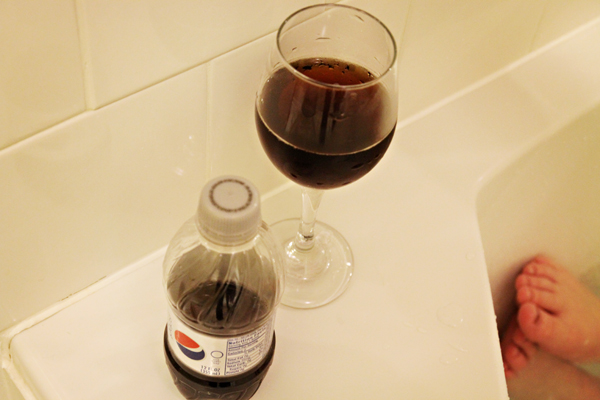 I'll be back soon with a few pictures I took of the lovely Shepherd's Bush shop!