Hello everyone! I've missed you all! It's taken me quite a while to sort through all the photos we took on our semi-family (Bre couldn't come with us) vacation to Park City, and I'm still not quite finished. But I'd love to share with you what I've got for starters, and I'll finish Part 1 with Mike's TubeCam video, which we actually had to film twice bc the first time he pushed "off" instead of "on." 🙂

Can you guess which airline we flew? I have to say, they are the nicest people, and they don't holler at you for almost breaking their arm if someone's suitcase is too heavy for the overhead compartment. (Now that was a sight to witness!)(Btw, it wasn't my suitcase.)(Moving on.) 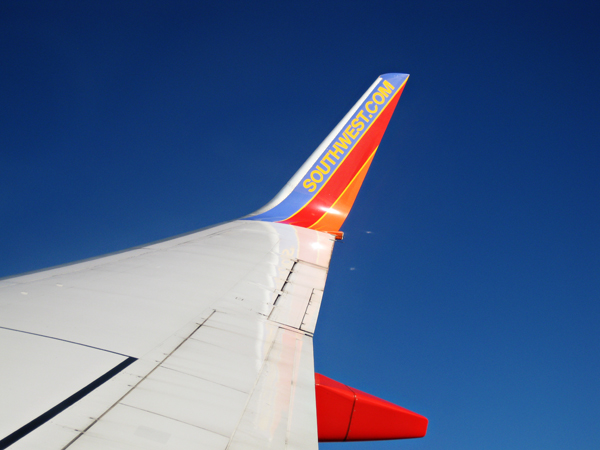 And the goodies they fed us! Not just peanuts and pretzels, but these fabulous little snacks, which I haven't been able to locate locally… 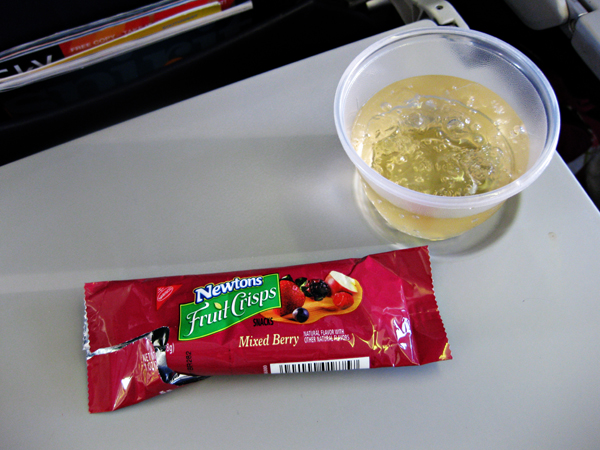 Sophie brought her Bonkers along… 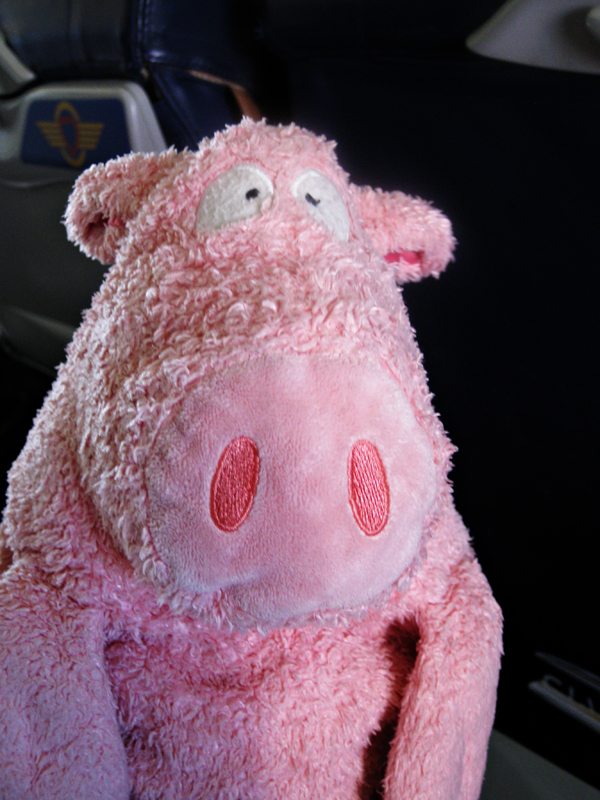 And I brought mine… 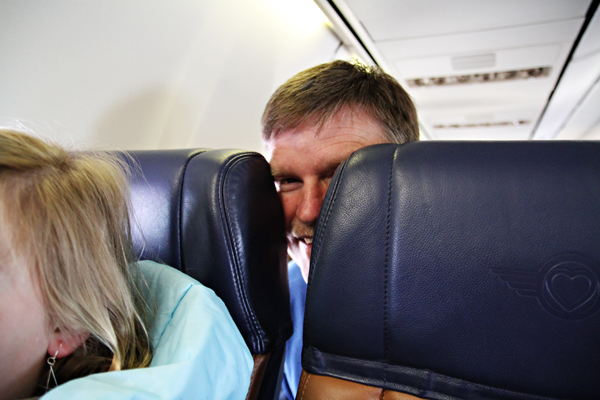 This was the view from Sabrina's seat… 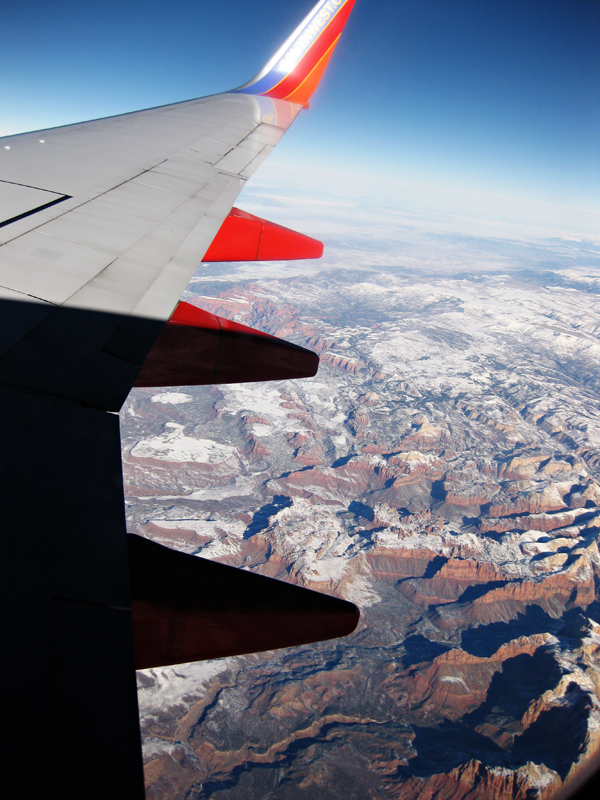 Our layover was in Las Vegas. 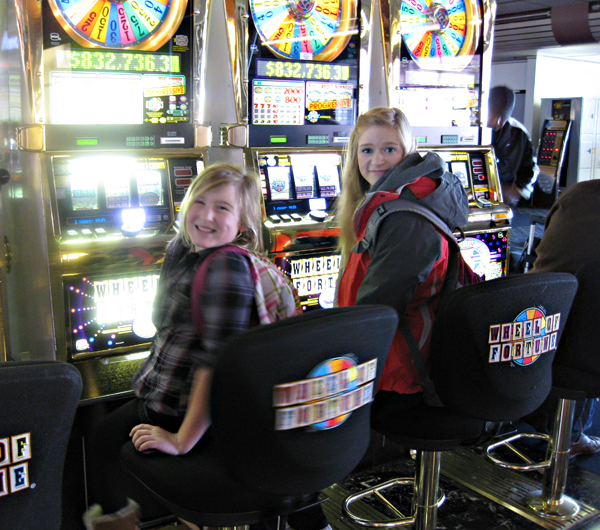 (Thankfully, an airport lady shoo'ed them off before they started asking for quarters.)

Once in Park City, we stayed at the Marriott Summit Resort, which was absolutely wonderful. I highly recommend staying there if you ever visit this area!

The next day, we all headed up the mountain. I was NOT looking forward to this bc of a nasty fall I had in Colorado last year, but I gave it a chance… 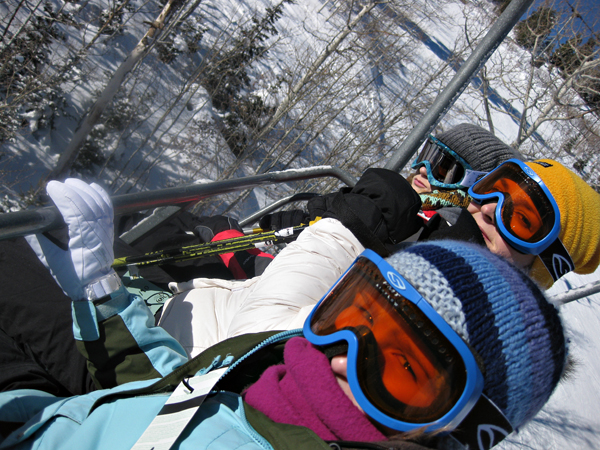 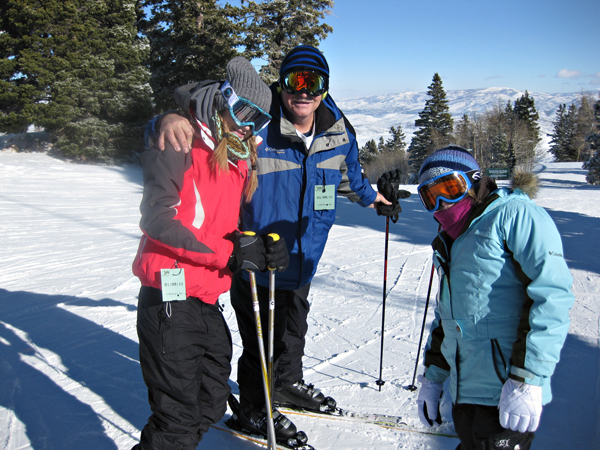 Sabrina is an excellent skier, but when I decided that I wasn't born to be an adrenaline-junkie like my husband and daughters seem to be, she stayed with me for the majority of the trip bc she was afraid I'd be lonely. ;)  (Besides, she was more interested in snowboarding, but the resort we ski'ed at – Deer Valley – doesn't allow 'boarders.) While Sabrina and I had an amazing lunch in the lodge, Mike and Sophie headed back up the mountain… 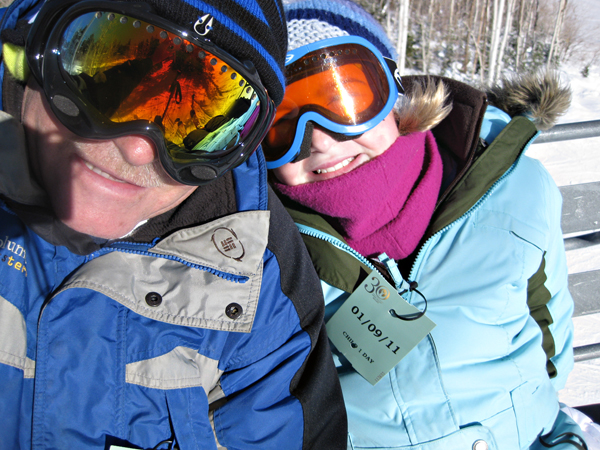 Mike's BFF from childhood (Marty) and his family were vacationing with us, so eventually they joined up with Mike and Sophie. Sophie, please introduce Nick to blogland, will you? 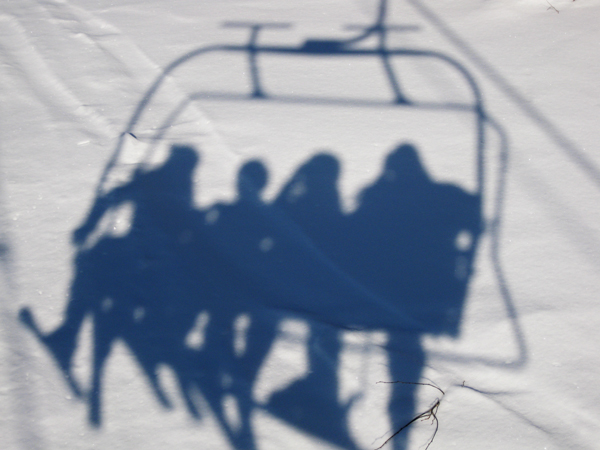 I love this next picture. It looks so travel-promo-ish. Or maybe Carnival Cruis-ish. 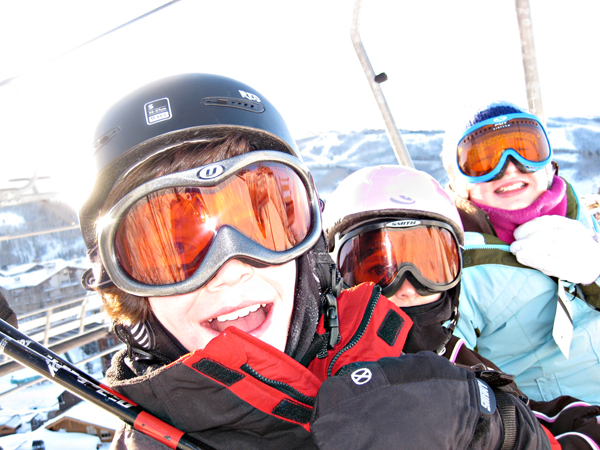 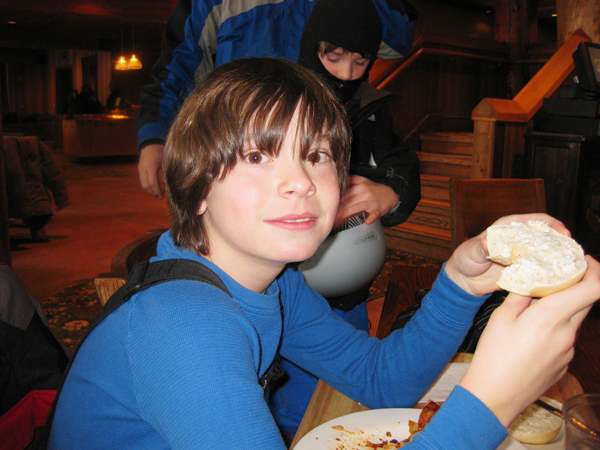 Here we are later that night, getting ready to go out for dinner… next to me is Gabby, and Marty's-wife-Beth is next to Soph… Gabby has a twin brother named Zach (he's behind Nick in the photo above), but he was in the corner playing video games, not wanting to join we chickadees. 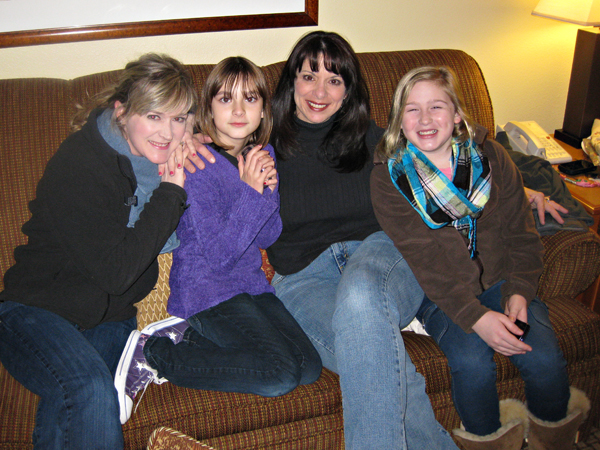 The next few days were filled with more of the same – skiing and shopping and swimming and eating – and tubing! If you've never gone tubing, you're missing out. Remember, I am NOT an adrenaline-junkie, but I love tubing! 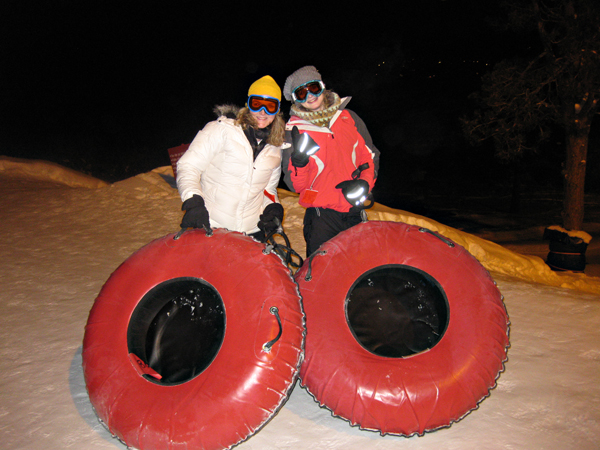 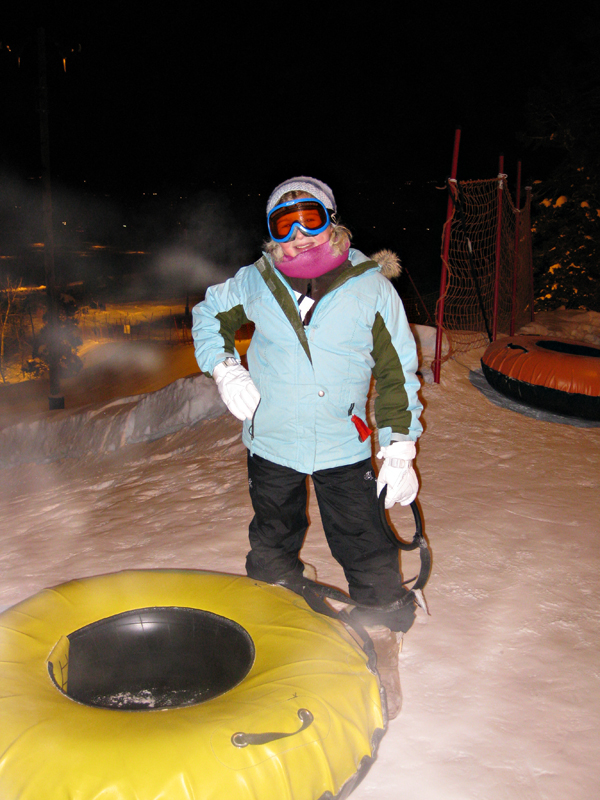 (Don't worry – I haven't forgotten about Mike's TubeCam. It's coming up!)

On the last day of skiing, Mike and Marty decided to ski the blacks. In case you're unfamiliar with ski terminology, here's a quick lesson: mountains have "runs" on them, which are the paths that skiers take to ski down the mountain. These runs are categorized as Green (easy), Blue (intermediate), and Black (advanced). The Black runs are then broken down into subcategories: Diamond (very advanced), Double Diamond (only experts should attempt), and Triple Diamond (you will probably die).

Here are the two besties, getting ready to attempt a very advanced run… 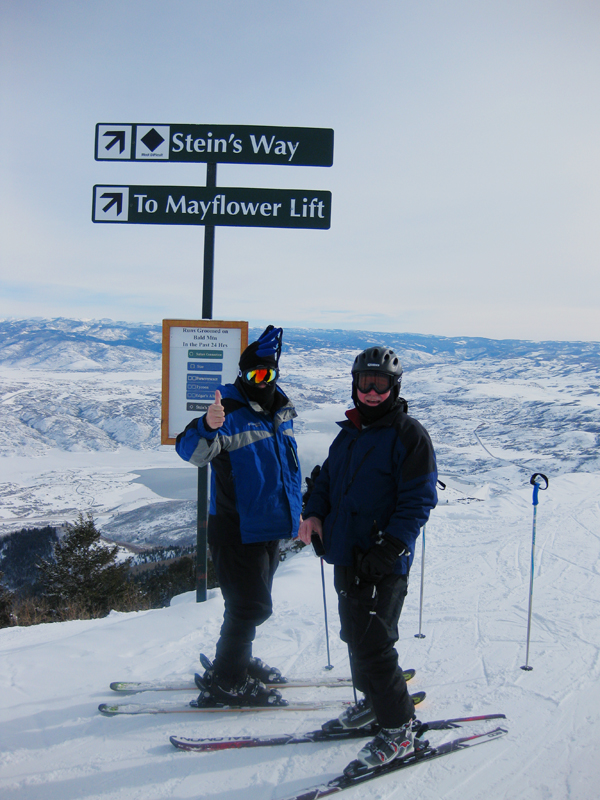 Here's the part that makes my stomach flip: am I the only one who notices that the run just drops off? 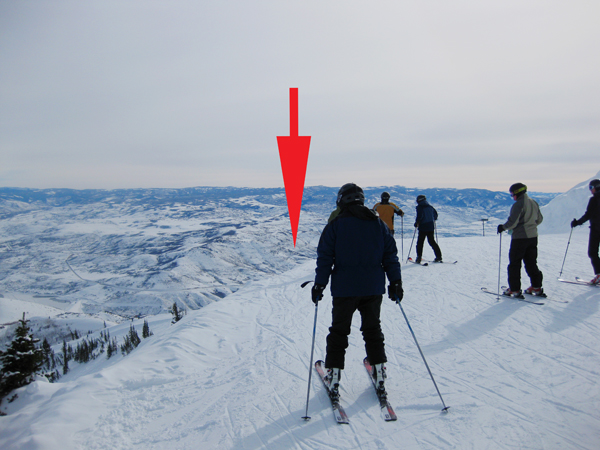 And am I the only one who doesn't think that narrow pathway is an exciting challenge? 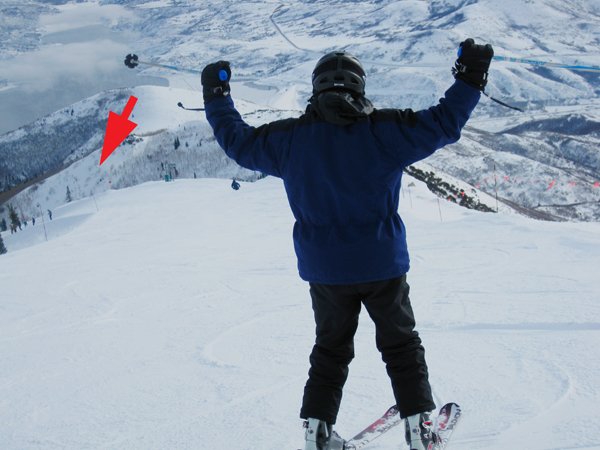 Let me interject a little back-story here: at dinner the previous night, I distinctly heard Beth tell Nick that he was not to go down the black runs with Mike and Marty. I saw the look in her eyes when she said it, and I'm pretty sure she wasn't to be challenged on it.

Unfortunately, I don't think M&M saw the same look I did. 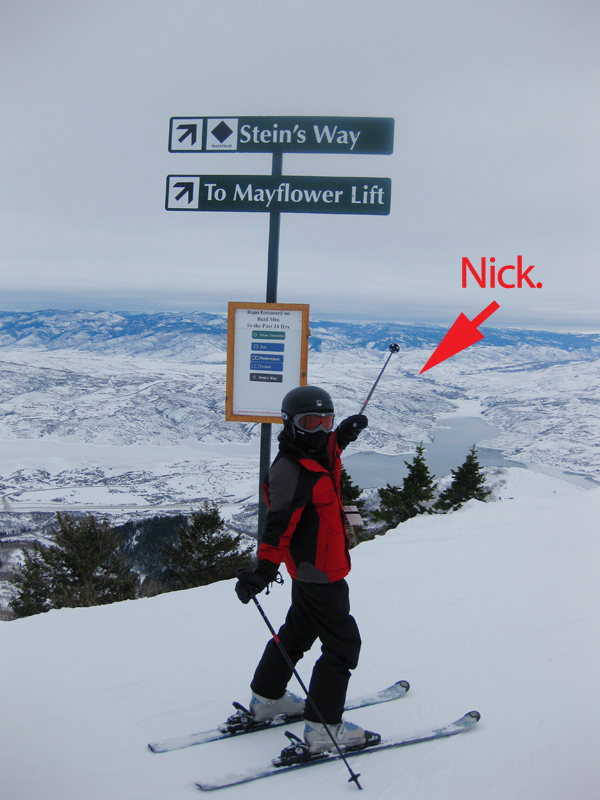 And I'm really sure Beth would not have consented to THIS: 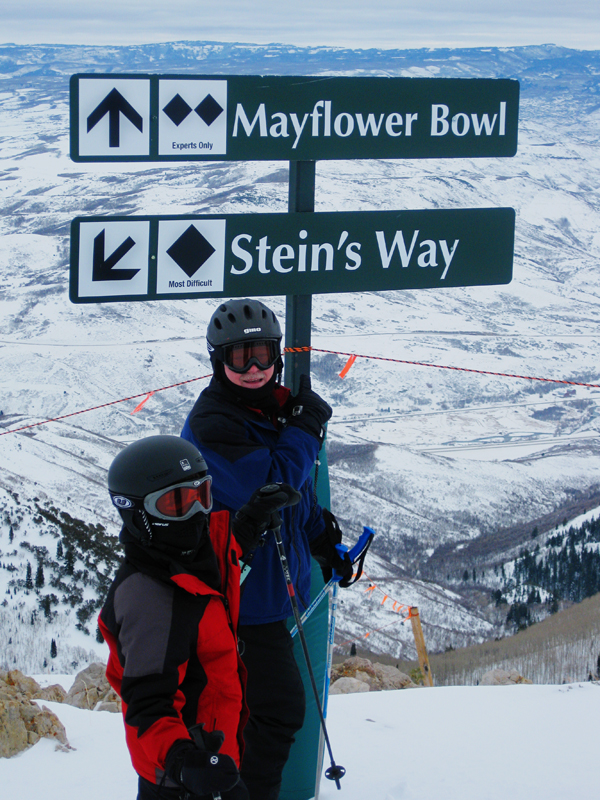 Let's take a closer look at that sign, shall we? I'm afraid I have to side with Beth on this one. The sign clearly states who best should ski the Mayflower Bowl.

I ask: Do these look like experts to you? 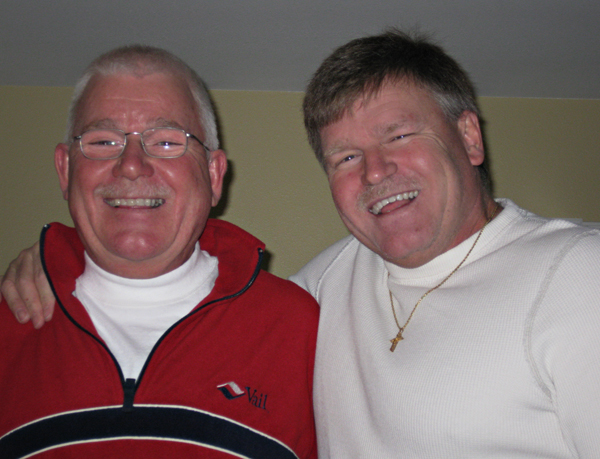 I'll be back soon with more of our trip, but first… Mike's TubeCam! Hold on tight, bc it's much faster – and colder – than it appears!

Tubing in Park City, UT from Paulette Stewart on Vimeo.

P.S. I am only teasing about my sweet husband; he is, in fact, quite capable of skiing the blacks, and usually does so with Sabrina (while Breanna 'boards with the boys). 😉