I recently received in the mail 3 issues each of the Halloween and Christmas ornament issues of Just Cross Stitch magazine from their very sweet editor. However, I had already purchased my issues when they were first released, so now I have 3 copies of each that I'd love to give away.

I'm sure those of you who wanted the issues have already purchased them, but just in case there are a few of you who haven't, just leave a comment here about which issue you'd like, and I'll draw names from there. If there are only a few of you, perfect! We'll draw the first ones in line. And if there is not a single soul out there who hasn't already gotten the issue they wanted, then I'll give the magazines as Christmas presents to my family. teeheehee. 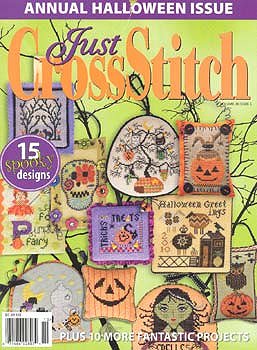 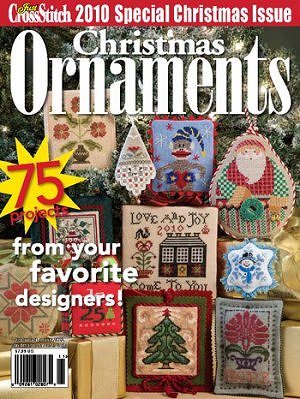 Btw, for January 2011's issue of Just Cross Stitch, I had the pleasure of being invited to be one of their featured designers! Woohoo! I designed a little piece called Winter Wind Sampler. I hope you like it!