Each year, for as far back as I can remember, Mike has participated in the police department's "Shop with a Cop" night. This is an annual event that is sponsored  by the OPD, and its purpose is to help children in shelters have a better Christmas – any Christmas at all, actually.

The police officers who volunteer to participate are each paired with one or two children, and after a fun evening of pizza at the union hall, they're all off to go Christmas shopping at Wal-Mart. The Omaha Police Foundation gave each of the officers a $100 gift card per child, and the officers did their best to help their kids find the right balance of toys and clothing.

Not an easy task when you have two 6-year-olds named Jacob and Samantha, paired with the Biggest Kid of the Universe, Mike Stewart.

Mike said that although little Jake looked sleep-deprived and pale, his energy was boundless. And Mike's cell phone camera proves it… 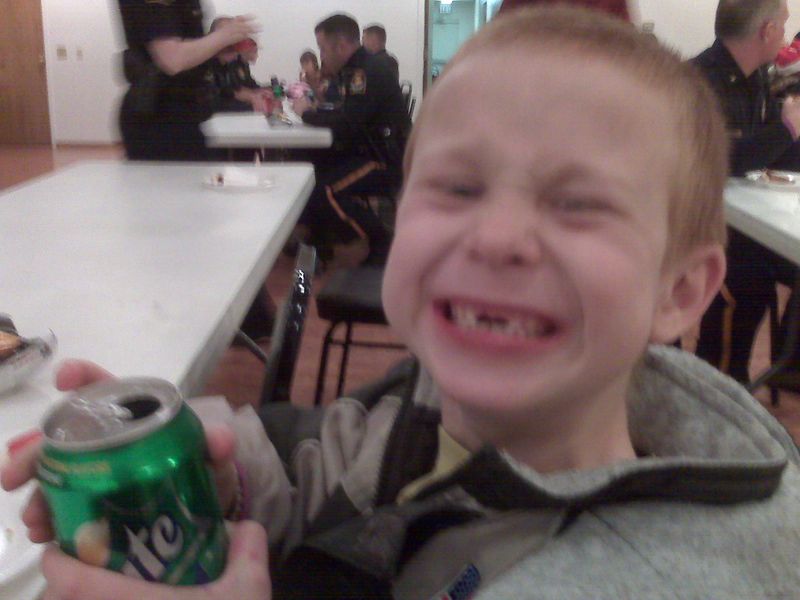 Joining Mike and Jake was little Samantha, whose smile could melt a snowman.. Even when Jake kept trying to kiss her coat in the police cruiser – despite her explaining to him that she did NOT want to be his girlfriend – she kept laughing and smiling, and learning at an early age that boys will be boys.  Especially when Jake insisted that she did, in fact, want to be his girlfriend… 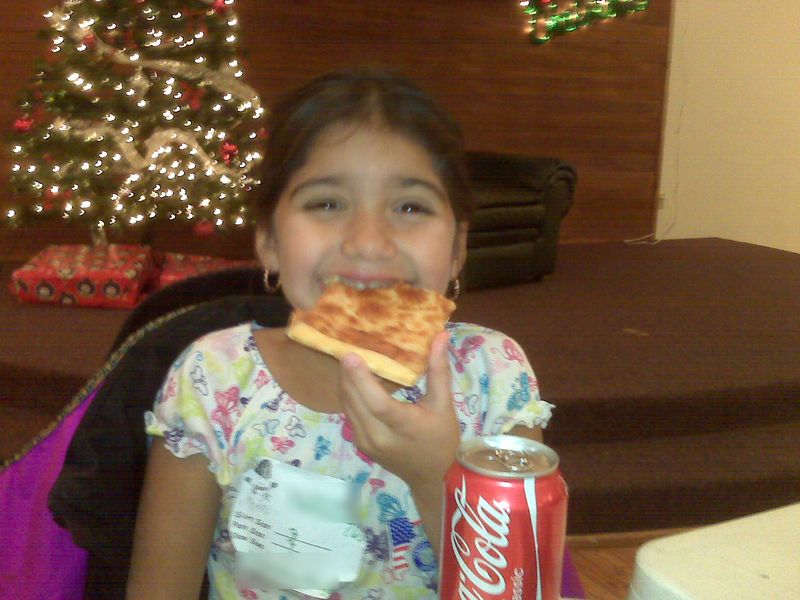 In the past, Mike has had kids whose main concern was to shop for their siblings or mother, which is always a mixture of love and heartbreak. With those children, Mike has made sure they get what they need – a coat, some underclothes (and of course a few toys!) – and then he helps them choose something for their loved ones. Mike is extremely tender-hearted toward children and those who aren't so fortunate as he has enabled his family to be.

This year, however, all Mike had to do to please his little buddies was to find the perfect radio-controlled helicopter for Jake and a Dora the Explorer doll for Samantha. Add to that a Nerf gun, another baby doll, some Transformers gear and lots of underclothes and outerwear, and those kids finished the night with bigger smiles than they started with.

Speaking of smiles, I had to show you this picture that Mike took, even though I'm sure he didn't mean to just photograph the bottom half of their faces… I thought it was adorable bc they have matching cheeks and chins! Mike always feels very blessed to be able to share a small part of Christmas with these kids. And I know he's one police man they'll never forget. 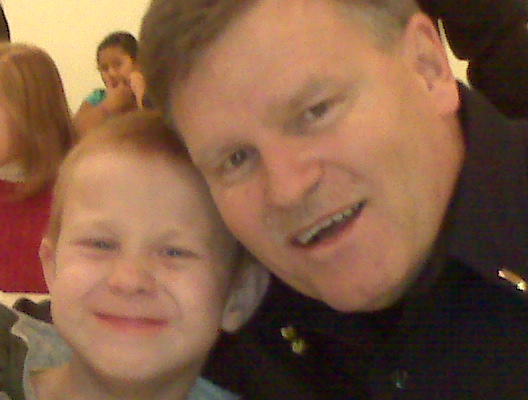 What wonderful, kind people the police volunteers are. And a huge thank-you to the Omaha Police Foundation!