The last time I posted pictures of what some would call "creepy-crawlies" and others would just call "gross," I got a few commenters letting me know that it would have been nice if I had warned them about the post content.

I've had some strange luck with praying mantises lately. (Did you know that other plural forms for mantis are mantes and mantids?)(By golly, this here's a learnin' blog too!) For instance, as I was descending the stairs of our local Lifetime Fitness Center last week, I glanced at something unusual in the window: a 6" bright green praying mantis. I couldn't decide if I was more shocked at the sheer size of it or the fact that it had crawled 2 stories up. When I told Breanna about it, she said that she was there on the same day and when she went out to her car, there, on her sideview mirror, was another one – no doubt wanting to pounce on her protein smoothie.

A day or so later, Breanna and I headed to our new favorite joint, Red Mango, for some frozen yogurt. As we were walking along the landscape-lined sidewalk, I brushed my hand on a floral shrub and quickly yanked my hand away: there, within millimeters of where my hand had just been, were two black eyes staring at me. Attached to the black eyes was the body of another mantis. (That was creepy.)

And then there was yesterday: I noticed that the potted plant on my porch table needed dead-heading, so I set about doing it. I have no idea how this crazy thing missed my pruning fingers, but THANK GOODNESS, it did. 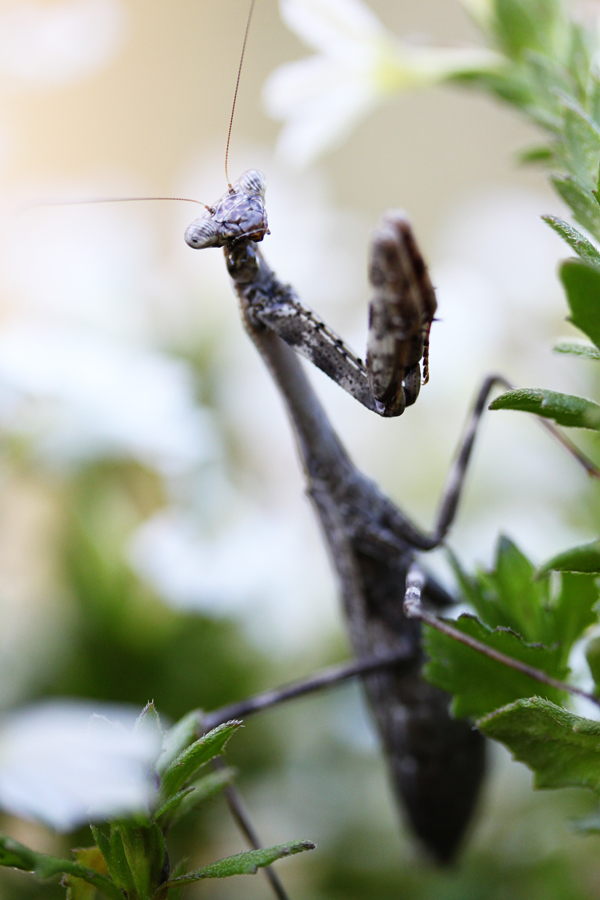 I stared at it for a while, and it stared at me. I decided "it" was a "he," so I named him Wilhelm. No matter how many times I circled the table and switched directions, Wilhelm's head turned and his eyes followed me. 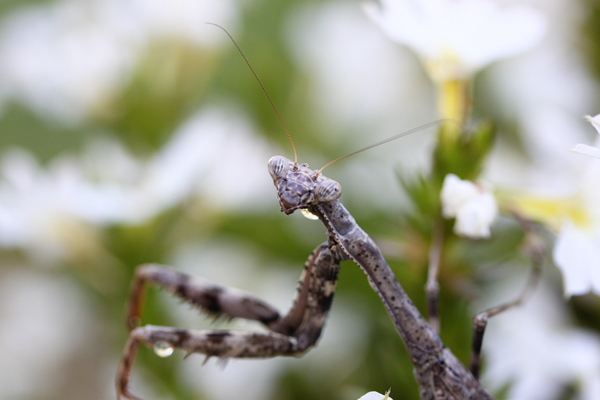 See the water beads on the top of Wilhelm's head and chin? I had also watered the plant, not realizing he was there. Has anyone out there seen the movie District 9 (great movie!)? Surely their inspiration came from some sort of mantis. 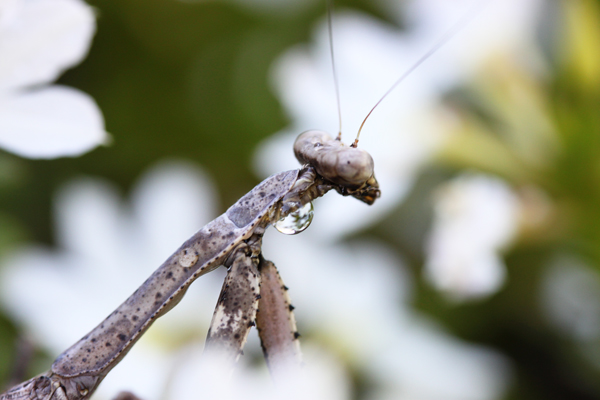 Check out those forearms… I shall never hand-prune again without first donning a pair of garden gloves, just in case. And if I forget to put on the gloves, then I'll at least make sure there's a protein smoothie nearby, so I can offer up some sort of peace offering.

If you've managed to make it this far into the post, but you're starting to feel a little anxious, I'd like to offer a photo that will surely calm your nerves and put a smile back on your face: 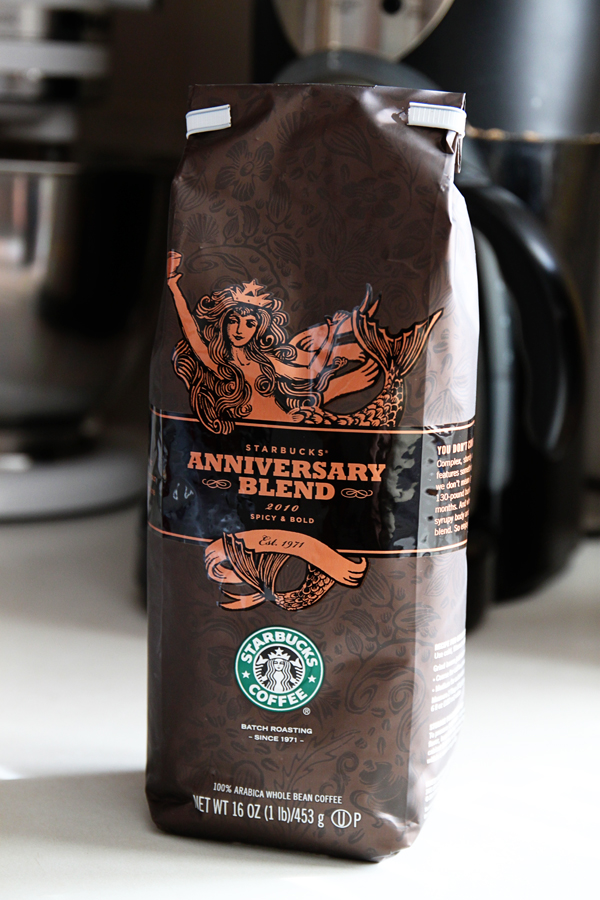 Mmmmmmmm. In stores now, and it smells much better than insect repellent.