There’s something about her Uncle Mike that my niece Natalie just adores. He’s always been very soft-spoken with her, and has a very gentle way about him when it comes to little people.

At the pool, Mike worries what parents think when their children flock to him like he’s some sort of Pied Piper. After all, their children seemingly fall in love with this adult stranger who has no problem behaving as if he’s one of them. They’ll splash him and he’ll splash back, they’ll show him their water toys and he’ll pretend they’re the coolest things he’s ever seen, and eventually they all start to climb onto him, begging for dolphin rides or pretend monster battles… and at that point, the fun must calm down. Unfortunately, it’s the kind of world we live in.

Natalie is no different in her fascination with Mike, except for the fact that this man, who is adored by every child he meets, isn’t just a stranger to her. He’s her uncle. And Sophie was gracious enough to share him with her, just for a moment (but with some possessive apprehension, of course) at my parents’ house during our 4th of July visit… 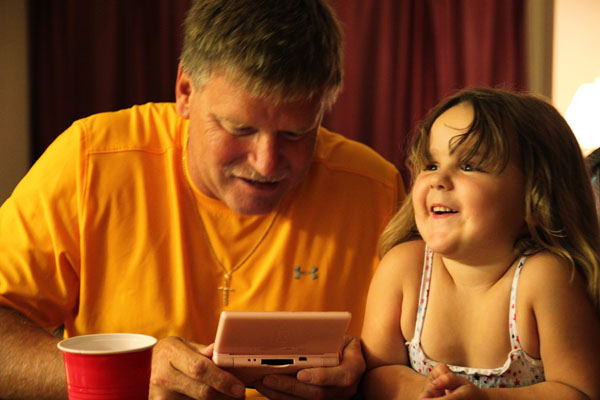 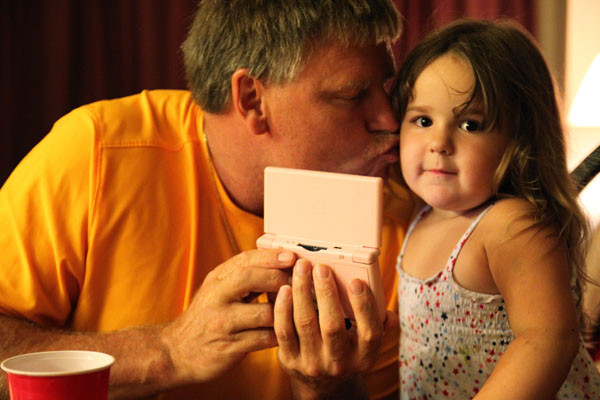 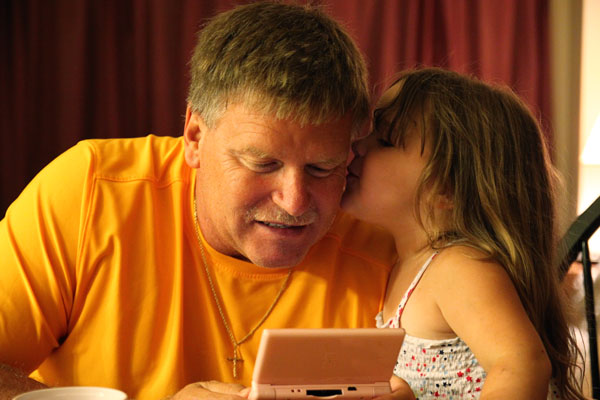 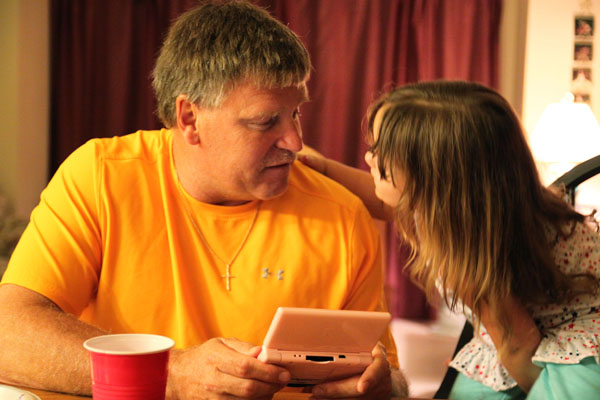 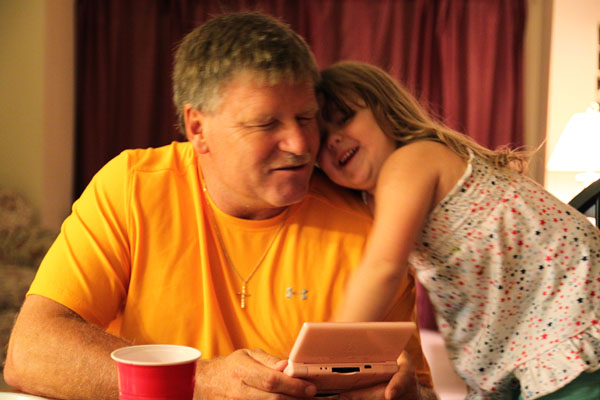 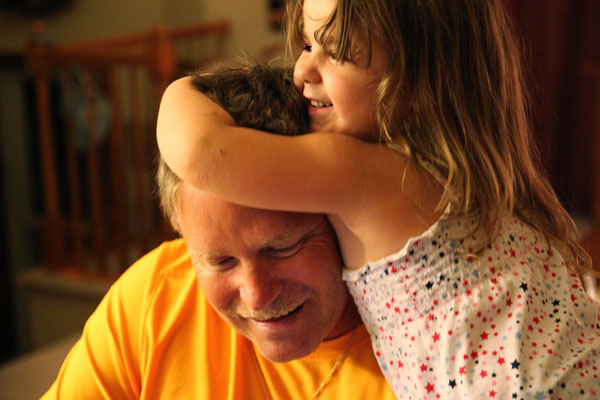 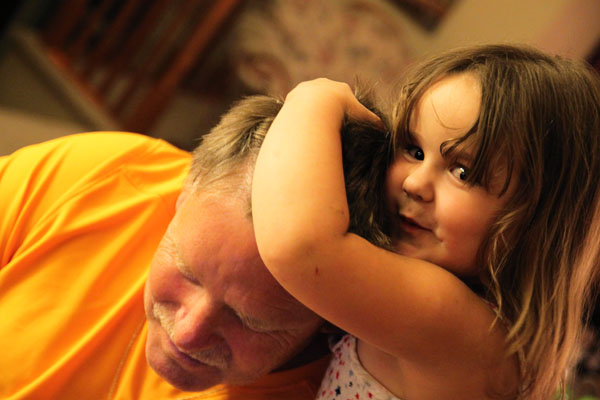 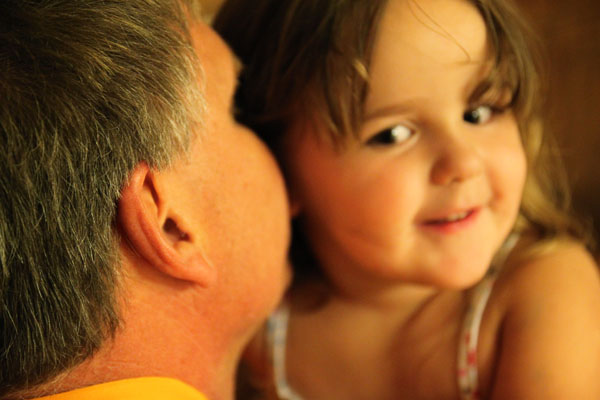 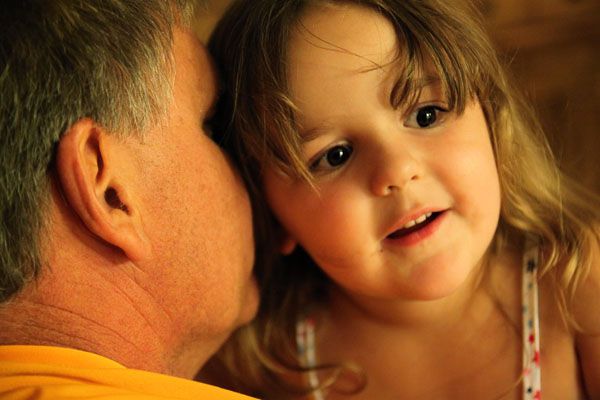 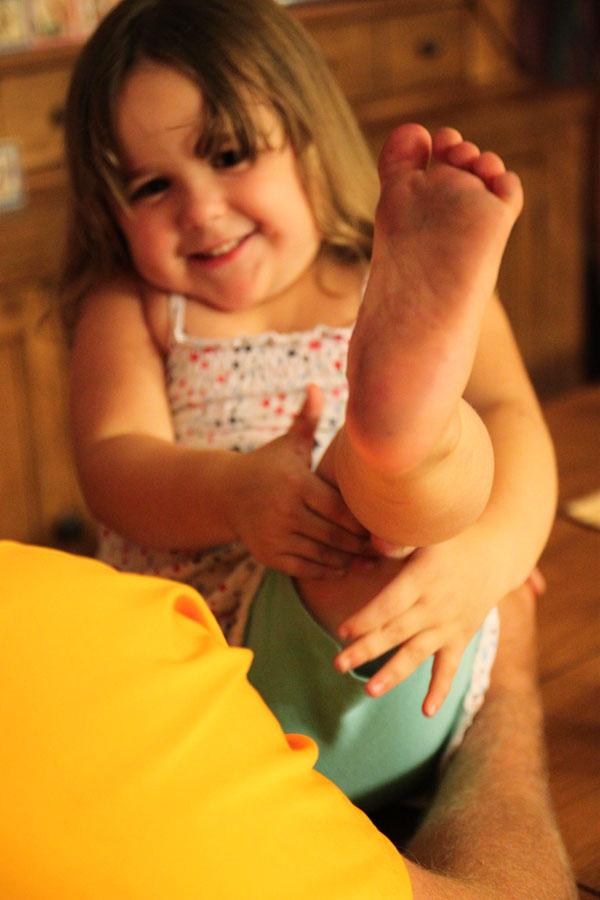 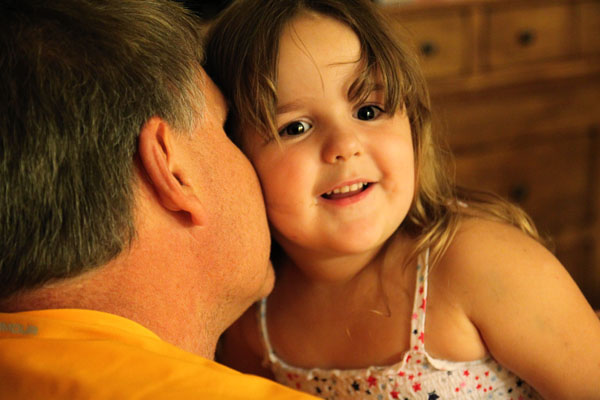 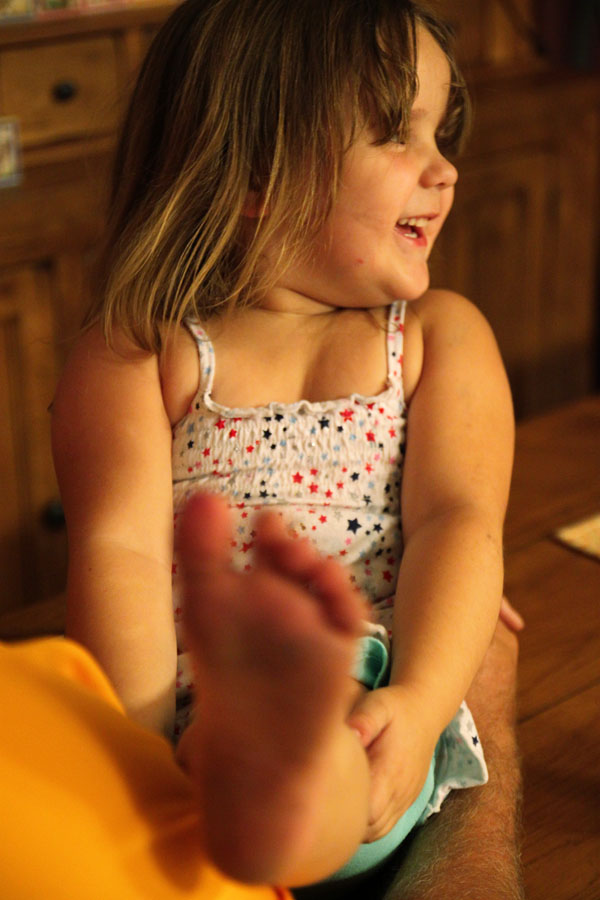 She’s back home in Texas now, no doubt charming her Uncle Paul, who is completely besotted with her. Natalie is like that: she’s adored by every grown-up she meets.

Except for when she wants to have real monster battles. 😉