This year we spent our 4th of July at my parents' house, and my sister, brother in-law, and niece drove up from Dallas to visit as well. We had a fantastic cookout, and after many moons spent in adulthood, I finally made my very first potato salad.

It was a success! (Thanks, Mom, for all the compliments!) However, I'll have to wait and share the recipe the NEXT time I make it, bc I didn't take a photo of it. 🙂

We also had some ribschickencoleslawyadayadayada, but the potato salad… to die for.(teehee)

Okay, if I'm being honest, the ribs and chicken were smoked, and absolutely mouthwatering. Mom makes the best cole slaw in the west, the baked beans were amazing (who knows what she put in those things), the toasted garlic bread was outstanding, and we had the usual array of desserts as well.

And this was the only picture I got with any food in it: 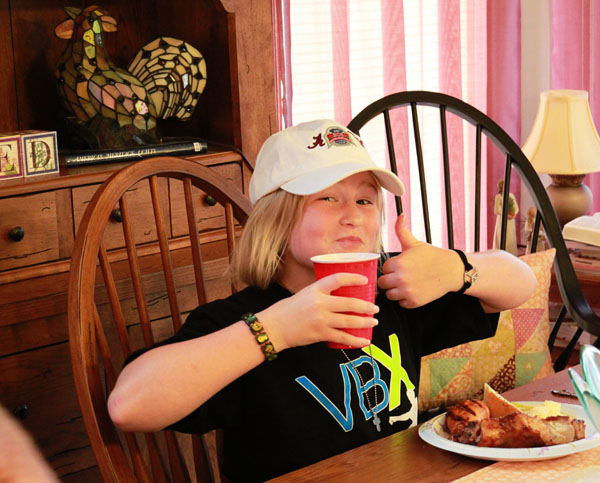 Presented by Sophie and her Amazing Press-On Nails. I do believe I've spent more money on the  "Oh Please Mommy I'll Pay You Back I Promise" brand of fake nails than on anything else. "I'm sorry, Breanna and Sabrina, we have no milk bc Sophie needed a box of press-on nails."

After dinner, we went outside for all kinds of fun. 🙂 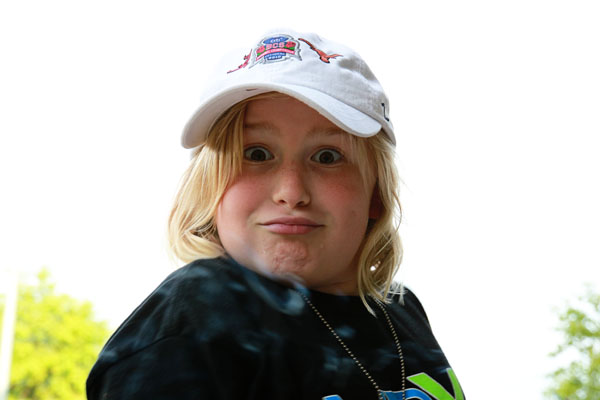 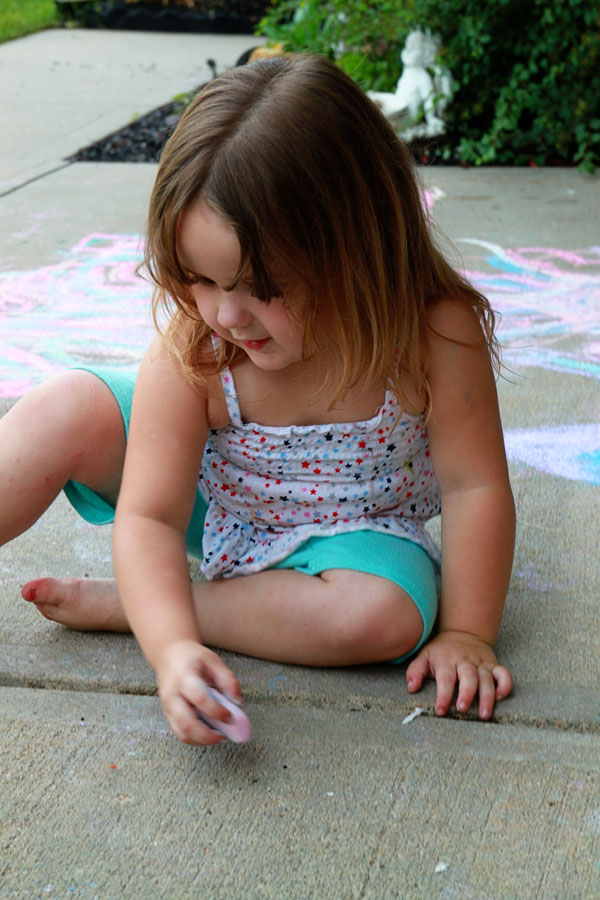 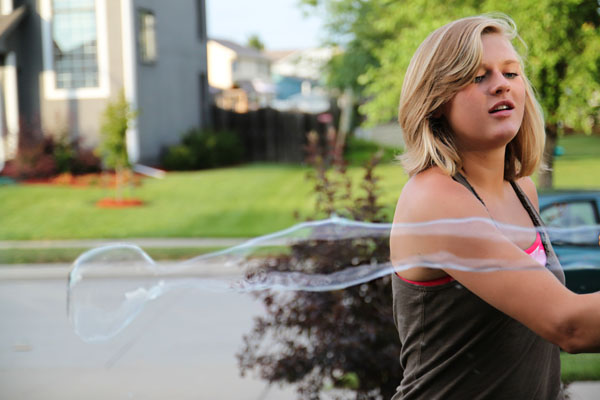 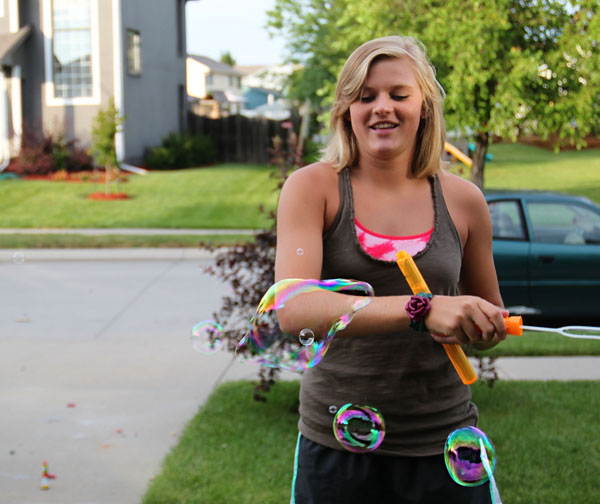 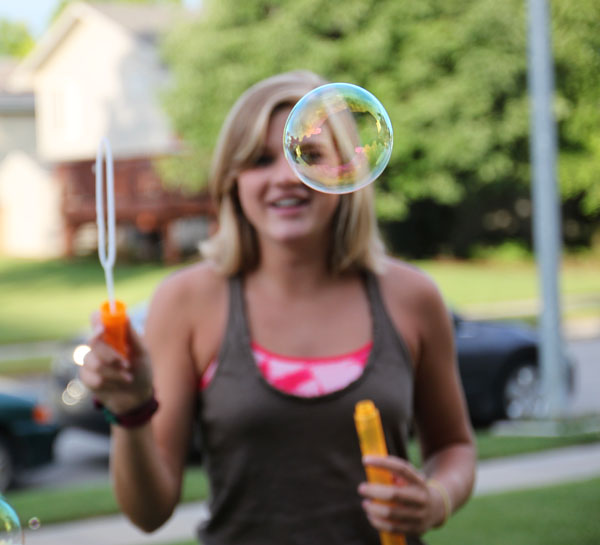 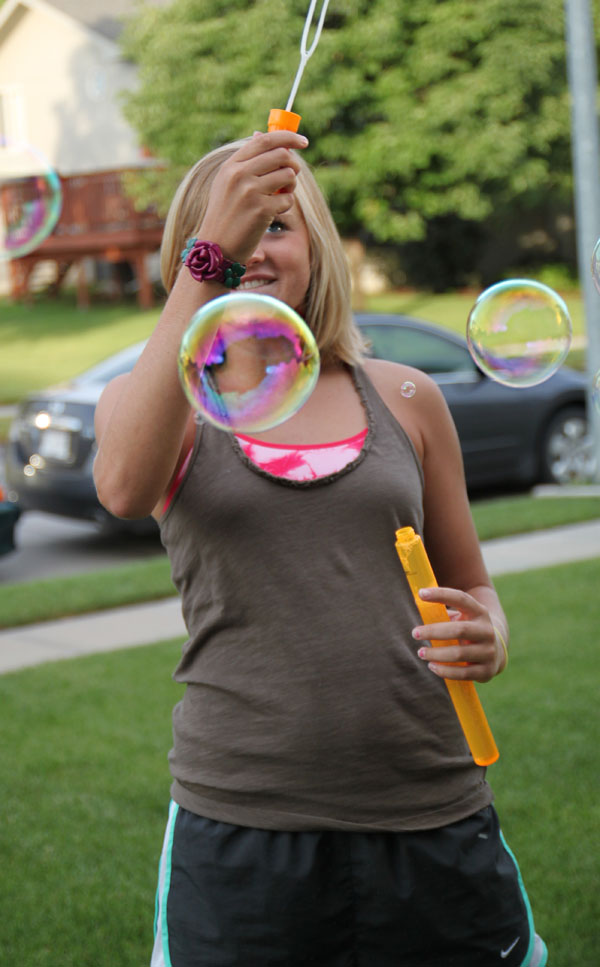 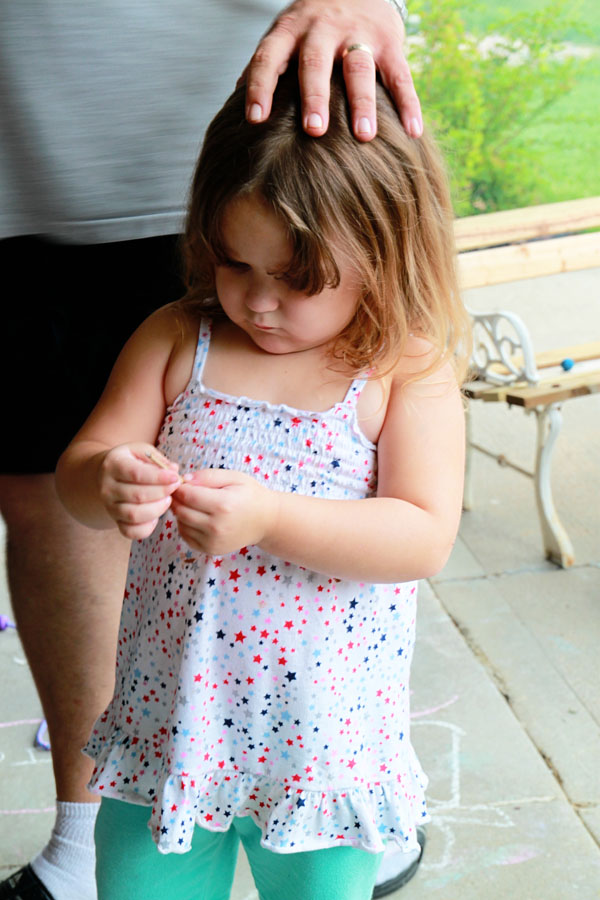 (Breanna taught Sophie how to write with smoke bombs, so she wrote her own nickname for Sabrina…) 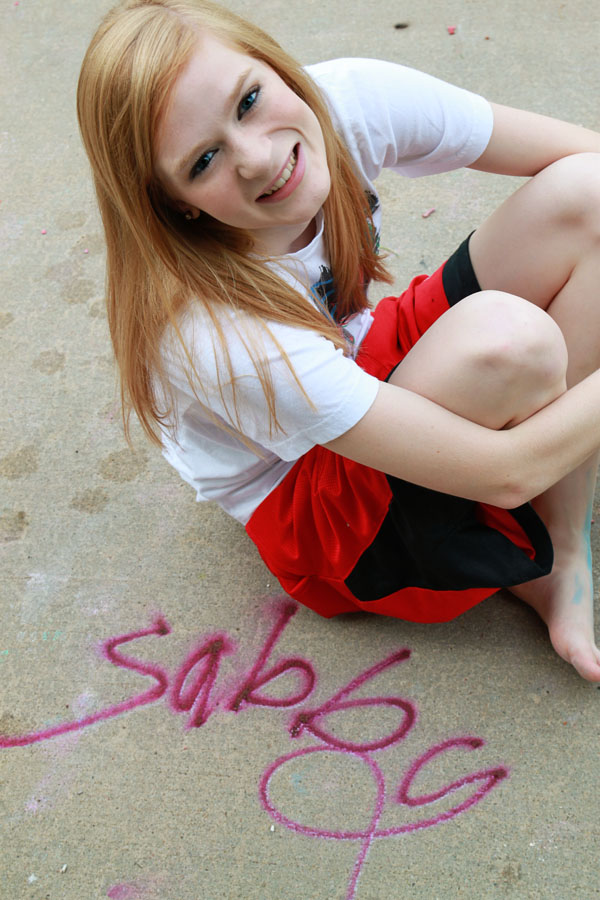 (Mike was preparing for a monkey ball match…) 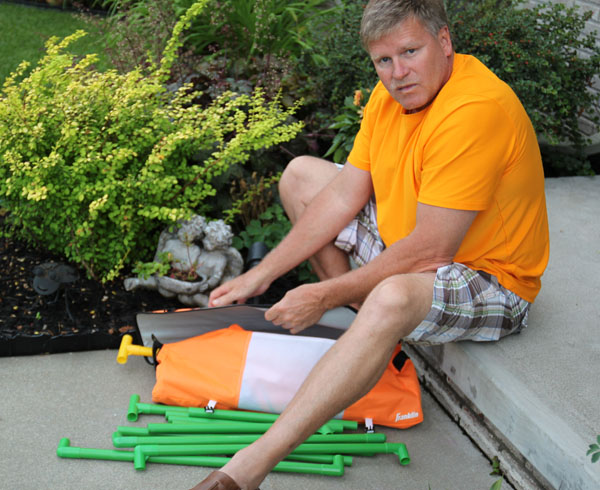 (And my adorable brother in-law Shaun watched with obvious zeal…) 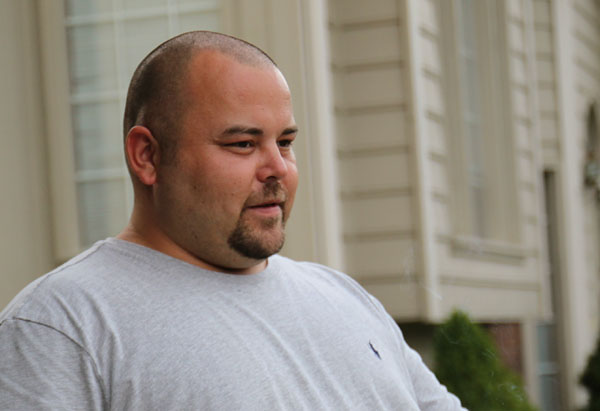 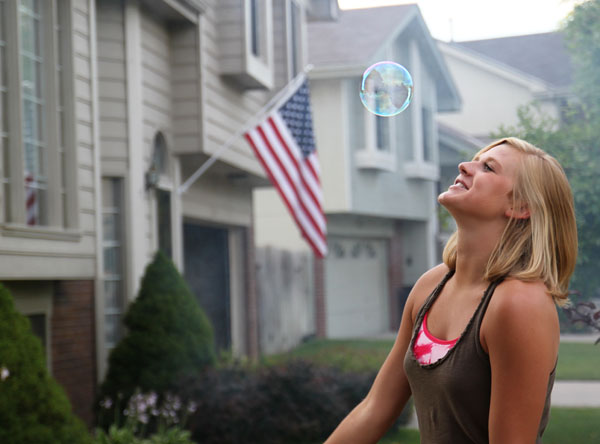 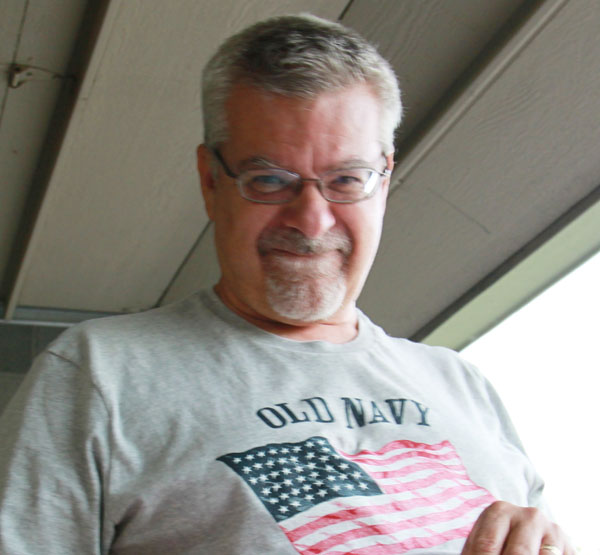 (I believe my sister Audrey ended up being the victim instead…) 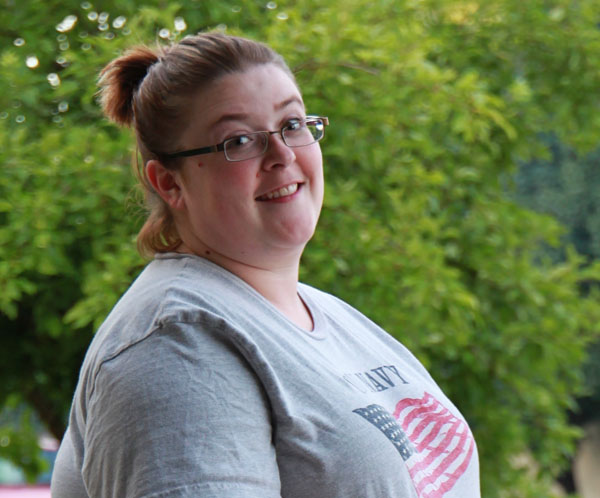 (Sabrina is taking a break to text her non-boyfriend, Matt, while Sophie explains something to Natalie…) 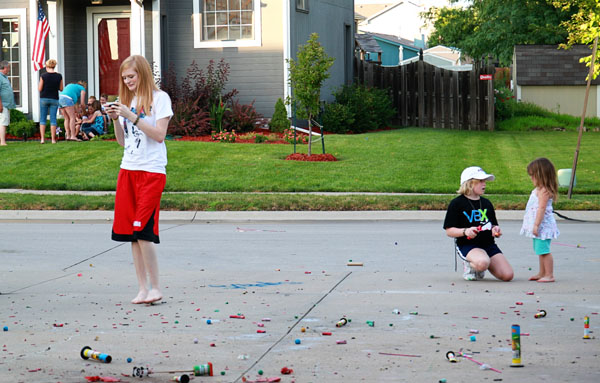 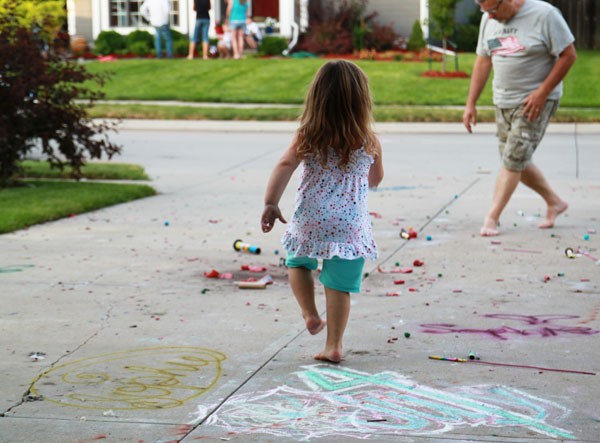 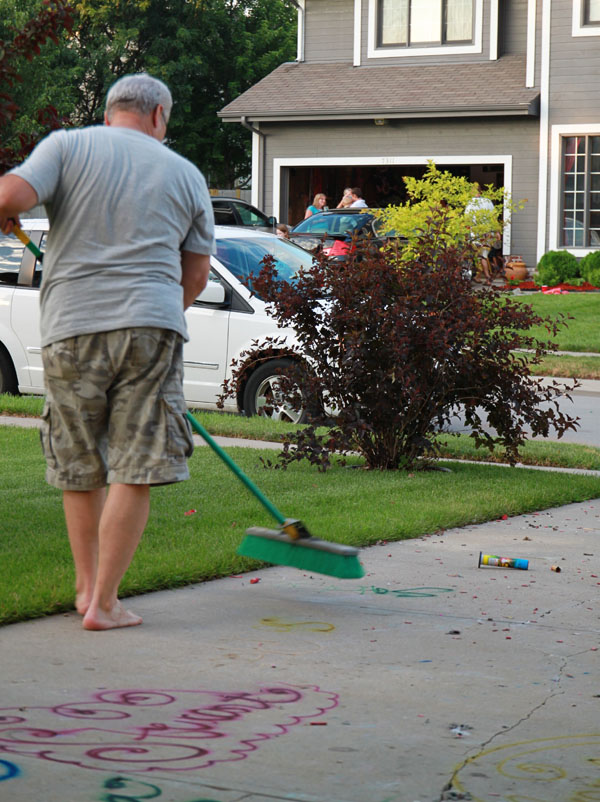 (Some of Breanna's old friends dropped by…) 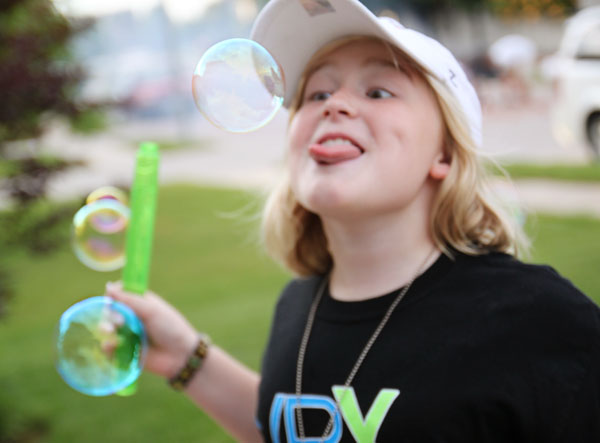 (And eventually, it grew dark outside…) 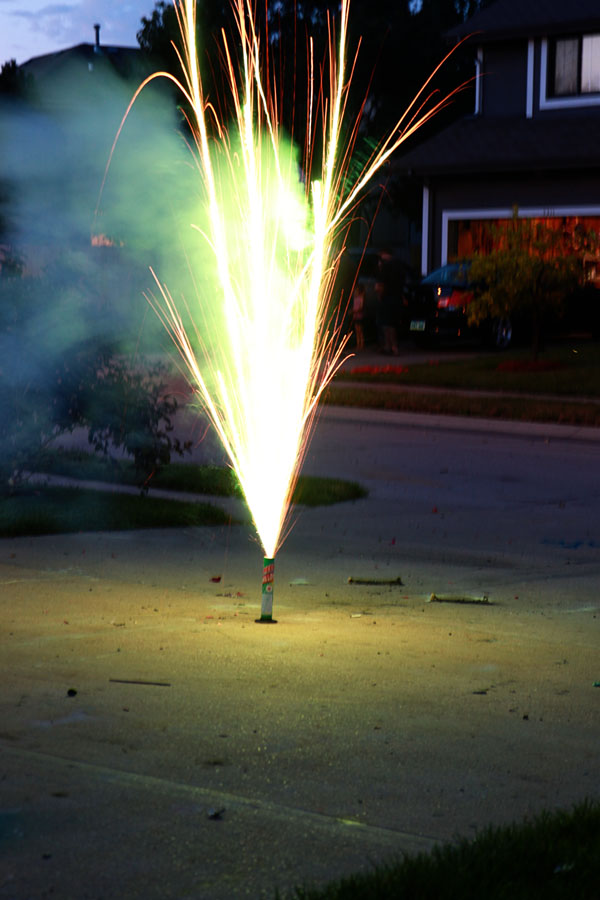 (Brea switched from bubbles to sparklers…) 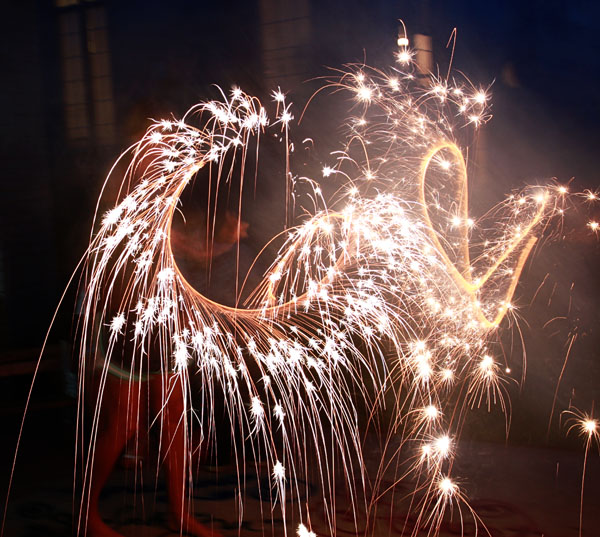 (I think this one was Sabrina…) 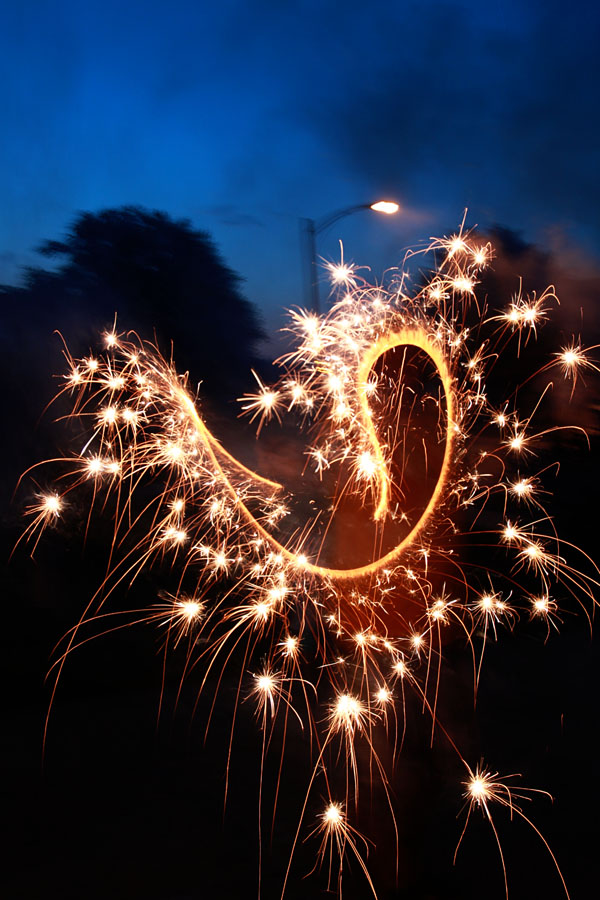 I hope you all had good potato salad a fun 4th like we did! Until next year! 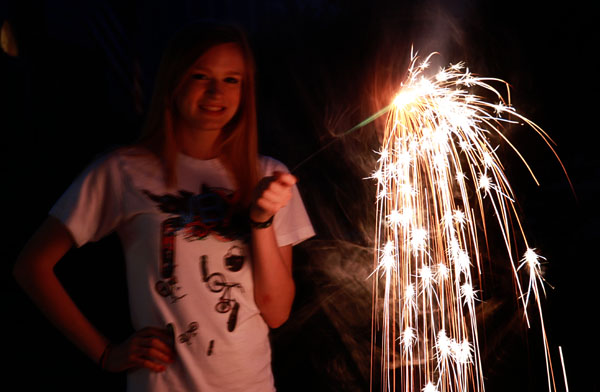