You wouldn't believe how often I think about blogging.. I miss it so much! But as I was telling someone today, I spend so much time in my mind organizing my to-do list and then chasing new ideas that I forget what was ever on the list to begin with. I can't seem to stay in one spot long enough to get anything done because I'm spending too much time being inspired to do things!

Anyway, I was looking back through some pictures I took over December, and I wanted to share with you just a few moments that I had the pleasure of spending with my precious niece, who turned 10 this past year. She was visiting with my sister and brother in-law for Christmas, and I invited her to come over to help me make "reindeer eyes," which are basically round pretzels that have been filled with melted white chocolate bark and then decorated with a red-or-green M&M before the bark hardens. 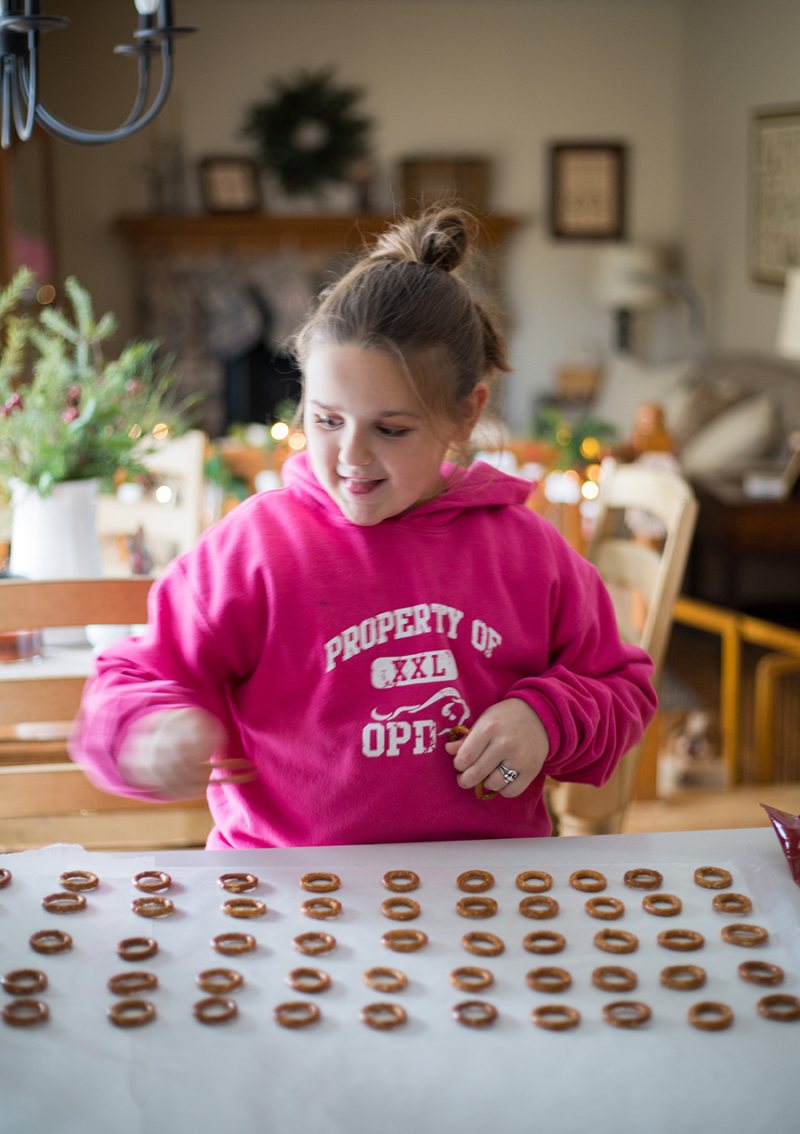 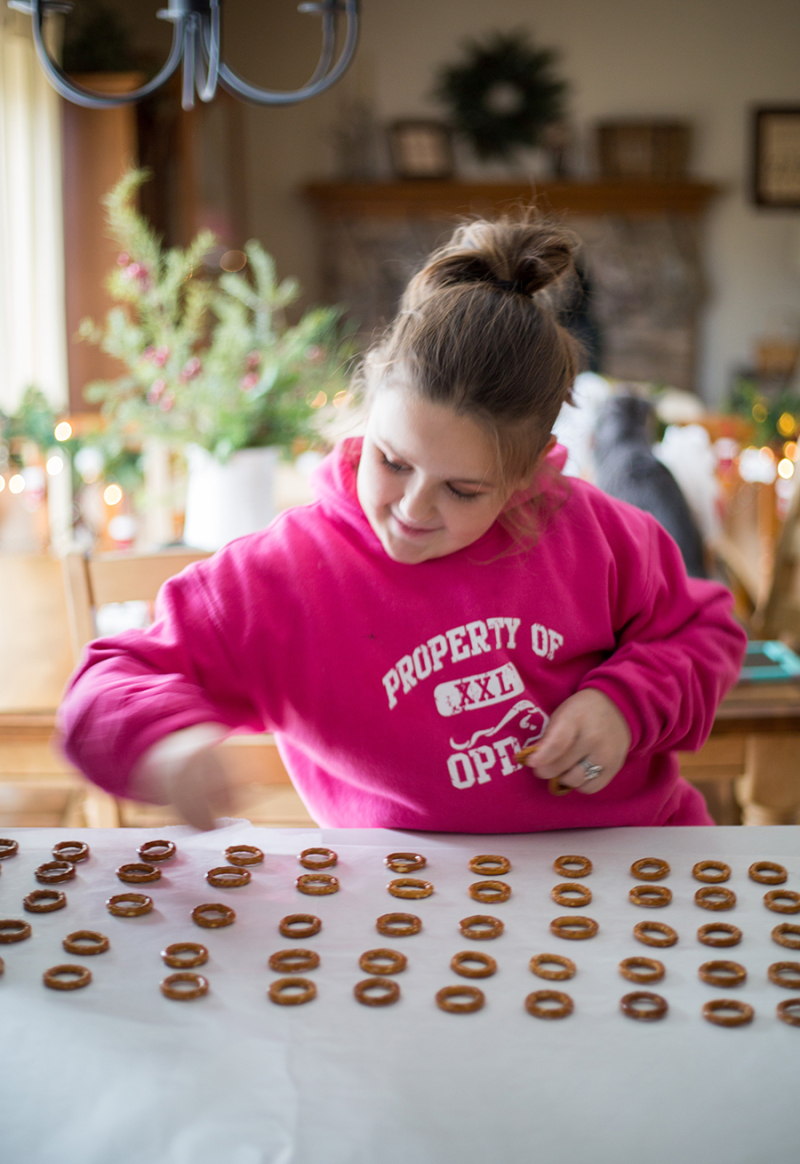 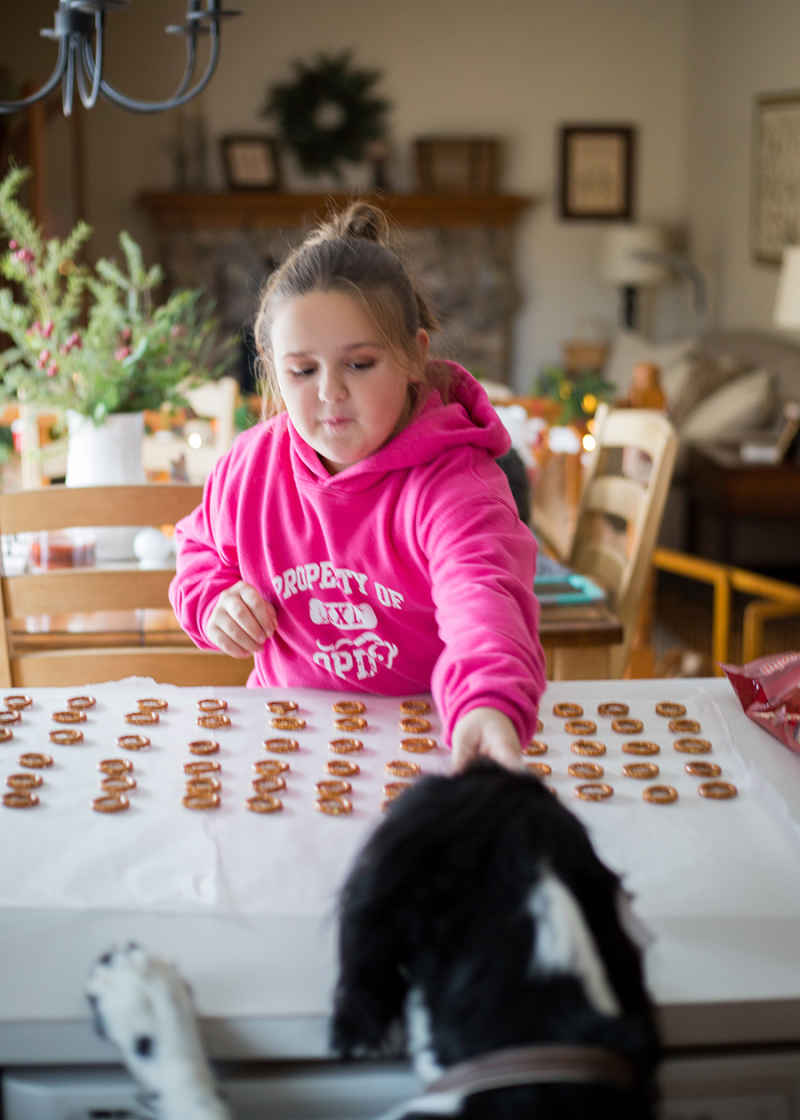 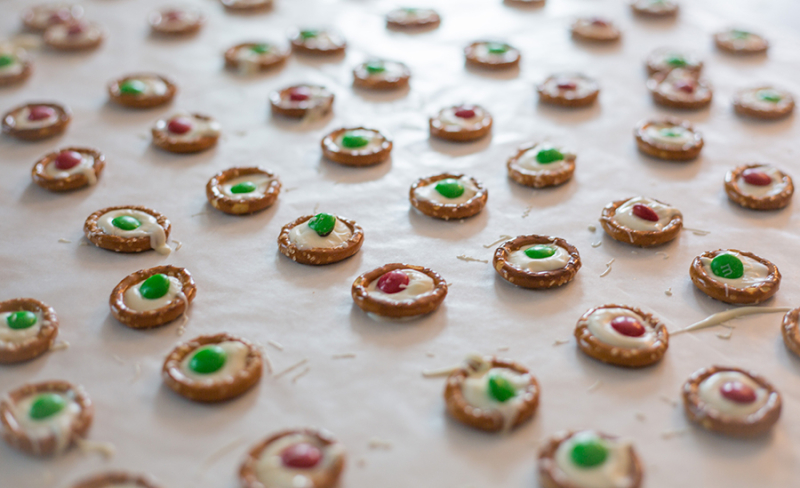 After she and I finished the pretzels, she went outside to play with the bits of snow here and there that were left over from a brief snowfall the week before. Since she lives in the south, she rarely sees snow, so she had fun picking up any handful she could find and tossing it into the air… Martha was a bit intrigued with what she was doing, staring at her curiously as she played. Eventually though, Martha was able to go catch the frisbees my niece threw for her that were flipped upside down and filled with snow – a new invention she dubbed "The Snow Launcher."

I had such a fun afternoon with her! It was sweet having a "little one" hanging around the house again, with all of her giggles and love.

So my sweet niece, if you ever stumble across your favorite aunt's blog, thank you for spending the day with me, and I sure do love you!