When I announced the first Sunday Mystery Sampler in 2013, I was so surprised at the enormous response! I couldn't believe how many of you tuned in each week on my blog to download each installment of the mystery… and what fun it was to see everyone's progress on all the Mary's Samplers out there! (For those of you who missed out, the installments are all still there under Sunday Mystery Sampler in the right side-bar of the blog.)

I've been mulling over doing one again this year for some time now, but just couldn't figure out what it was I wanted to do. And then it slowly dawned on me…

Back in 2011, I submitted an ornament to Just Cross Stitch for their annual Christmas Preview Issue. I went with a "Twelve Days of Christmas" theme, and proudly titled my ornament submission "First Day." 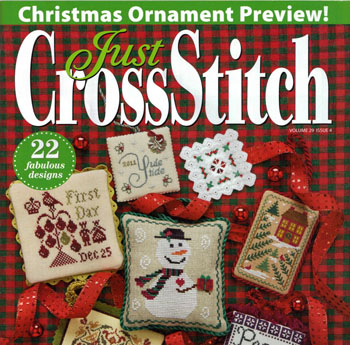 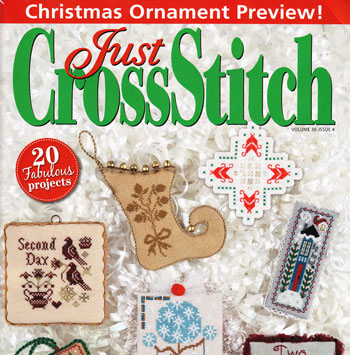 Shortly afterward, I started receiving the occasional email from various subscribers, gently mentioning to me that it would take a full twelve years at that rate to actually have the whole set. I was absolutely stunned that I had never thought of that before!

So to the back burner the Twelve Days of Christmas ornaments idea went… until I realized very recently that it would be awfully fun to finish the entire series in one fell swoop and offer them for free – and all in time for Christmas 2015!

This year's Sunday Mystery Sampler will be all twelve days, and they can be stitched individually, as ornaments, or all together, as one large sampler! (I can't decide which option I like better.) 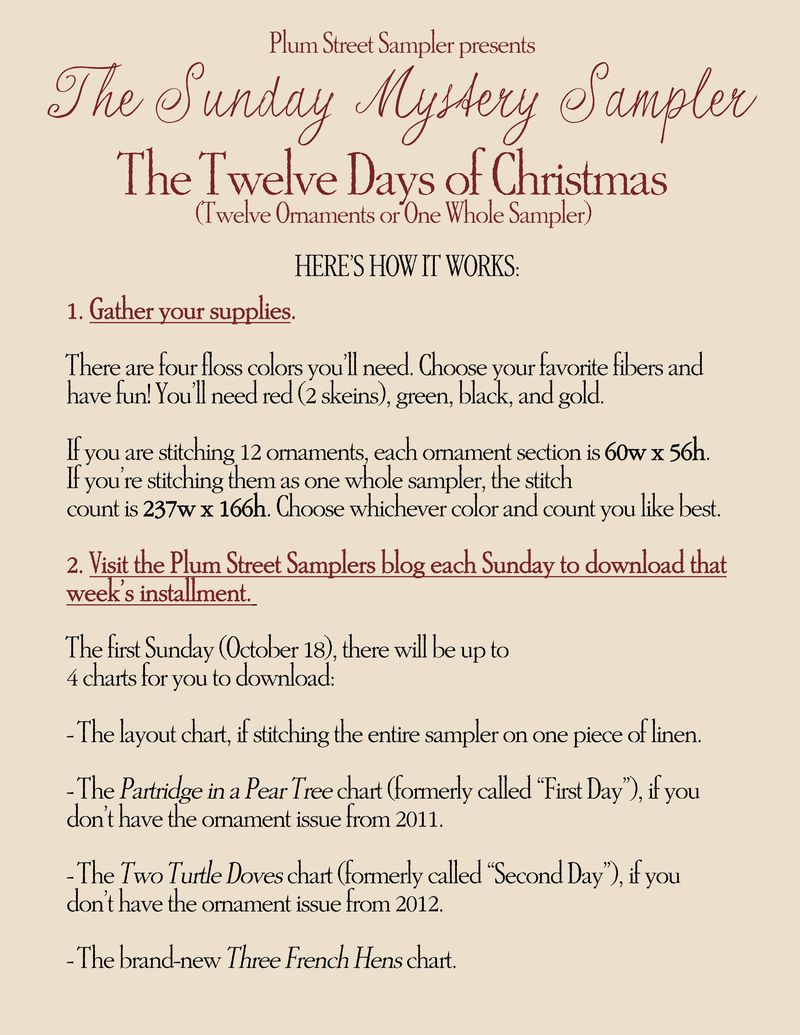 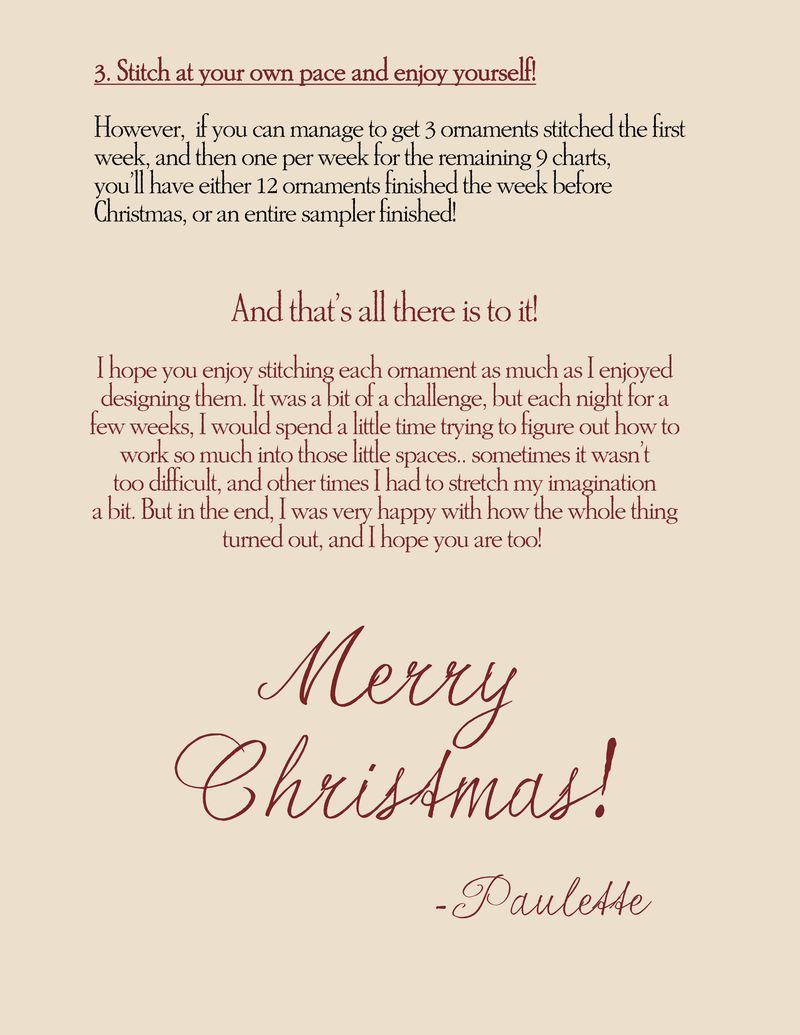 ETA: I found a photo for Second Day! I can't seem to find one for First Day though.. 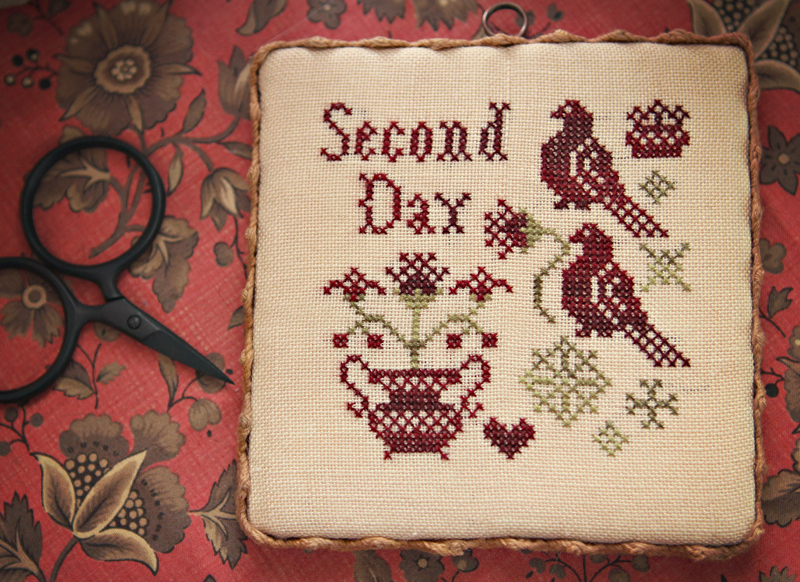