Spring break was quite an eventful one for Sabrina this year.. and quite a nervous one for me. She decided to go skydiving with a friend of hers, which completely surprised me, as my Bean has never been quite the adrenaline-junkie her dad and Bre have been. Mind you, Sabrina is a crazy-on-the-mountain ski bum, and all 90 pounds of her joined the women's rugby team last fall, but I never thought she'd be one to jump out of an airplane, 10,000 feet off the ground.

I was very much mistaken.

Here she is, waiting her turn in the plane, alongside her crazy, skydiving friend Nate. (She said she was fairly calm until the door opened, and the sudden rush of air and noise was more than what she was expecting, leaving her wondering what she may have gotten herself into.) 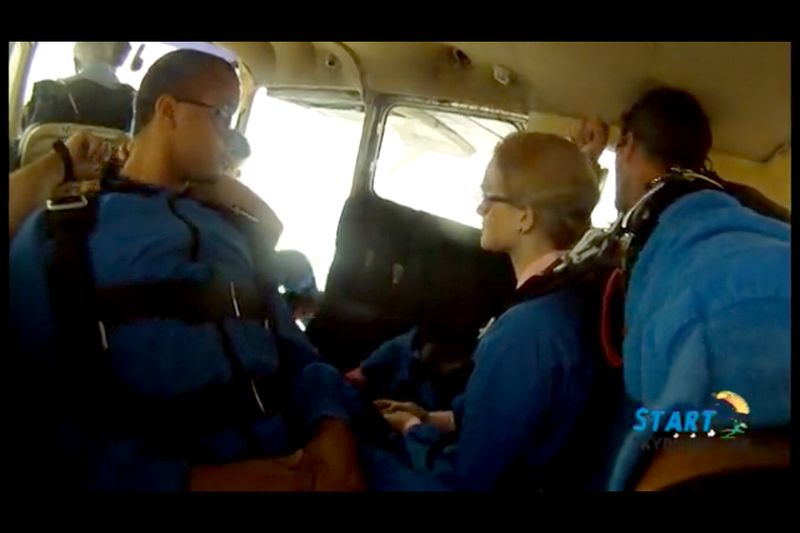 And here is my middle child's leg, hanging out of the side of the plane. I suddenly feel a need to go hug her blanket and her pillow and all her clothing to me and snivel. Don't you dare drop my baby. And then the jump… 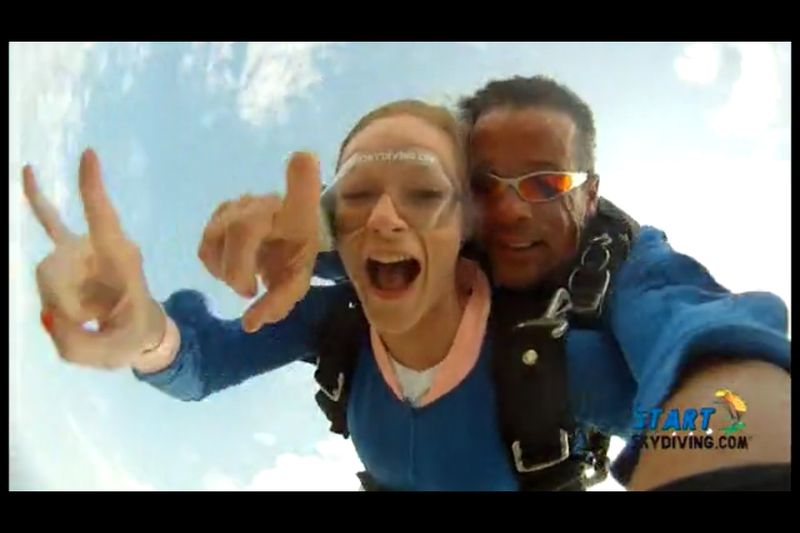 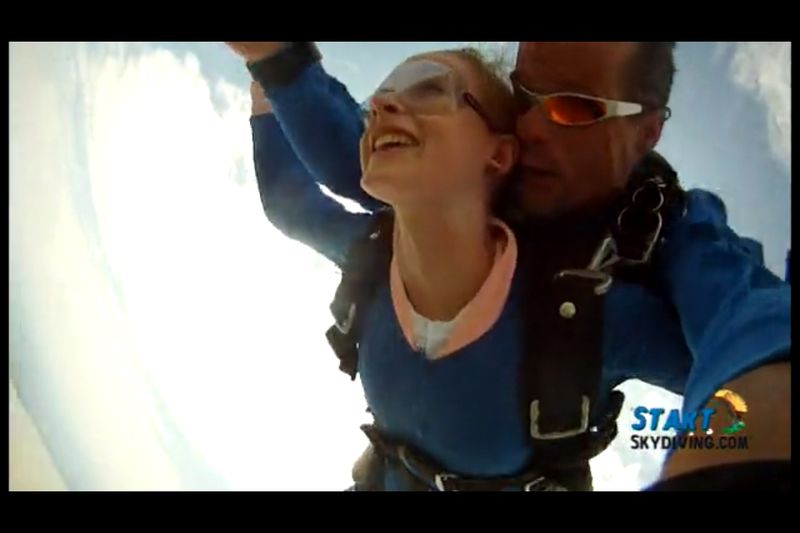 But throw in a Pumpkin Spice Latte on the side, and we'll talk. 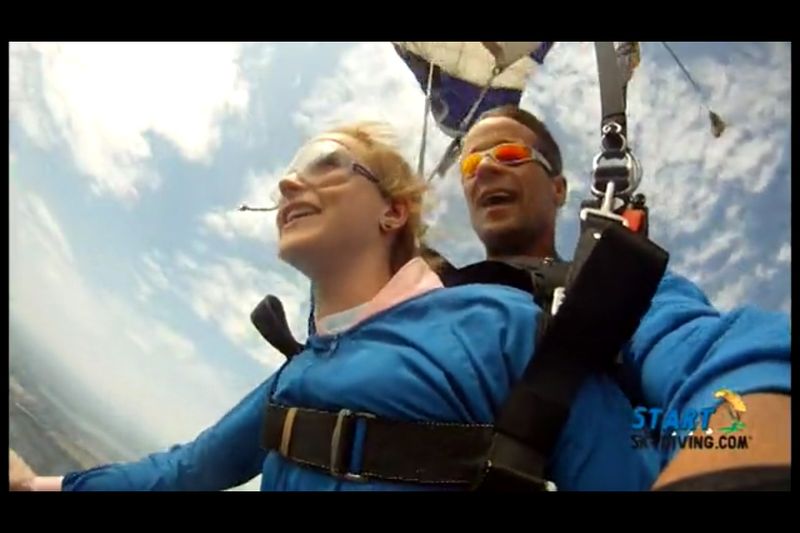 Some of you may remember Big Papa's skydive video, but this one was filmed differently. In Mike's, there was a videographer jumping next to him taking the video. In Sabrina's, the guy who was doing the jump with her was taking the video himself. I thought that was interesting, and quite a different perspective. Either way though, for the rest of my days my feet shall remain planted firmly on the earth, as God intended them to be.

By the way, Sabrina said that the wind you hear on the video is deceiving; once the chute opened, it was extremely calm and peaceful, and there was no sound at all, besides their voices. 🙂