I remember turning twelve. It seemed so old compared to eleven… My sweet Joonbug celebrated her birthday yesterday by inviting over her Meems and Pops and having a cookout here at home. She loves birthdays, no matter whose they are, and we did our best to make hers as special as she makes others'. (If it's your birthday, just let Sophie know and she'll be in a good mood all day – I'm not even kidding.)

She's just too much fun to buy for (as Bre can attest… she pretty much broke the bank bc she couldn't stop adding to the pile when shopping for Sophie in Aeropostale). Bean couldn't be with us bc she's taking a field course out in western Nebraska, but before she left, she presented Sophie with a new version of her old cell phone, which was quite exciting for Soph! Of course, Big Papa gets to deal with the data plan upgrade, but he did agree to it. It doesn't really matter that he was engrossed in a video game when the idea was presented, does it? (jk!)

Speaking of Big Papa, he taught the birthday girl all about the art of grilling… 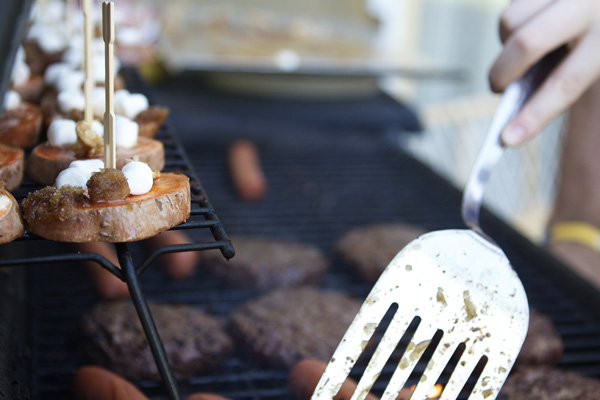 (Btw, those are my "Sweeters" on the top grill rack, as Mike calls them. They're sweet potatoes with all sorts of goodies sprinkled on top).

This was Mike's plate.. I always thought his mustard technique for hot dogs was interesting (which is evidence for why I don't pick him for my team when playing Pictionary)… 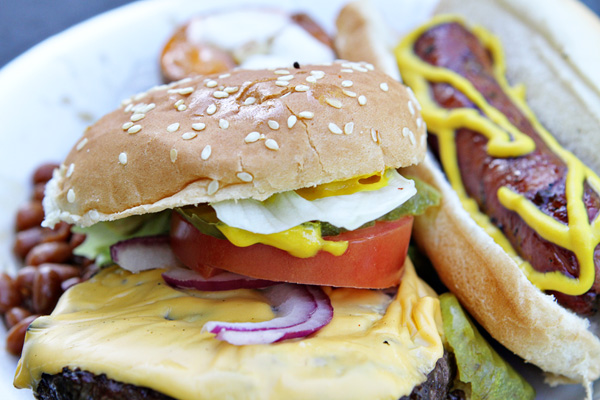 Time for the bean bag toss, which was one of Mike's gifts to Soph… 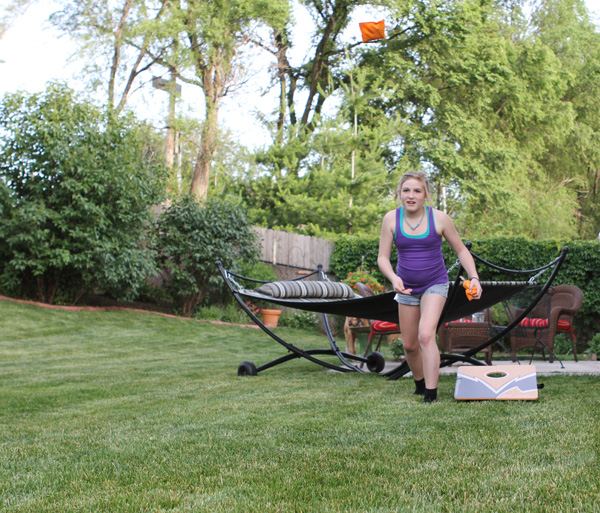 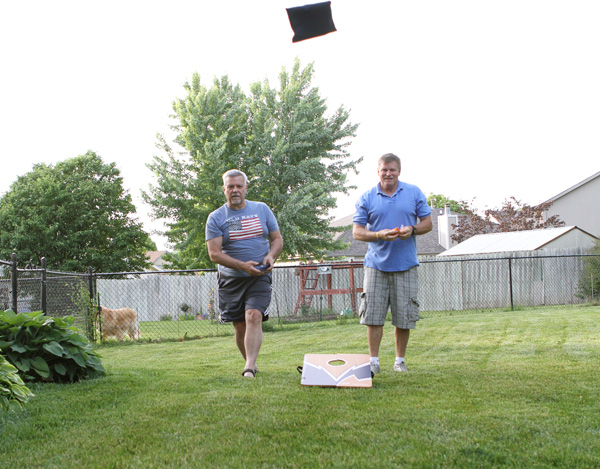 I love this picture of these two… We also played Ladder Ball, which is always fun! One of Sophie's very favorite television shows is Cupcake Wars on The Learning Channel, so instead of a traditional cake, we surprised her with various gourmet cupcakes. (And for fun, since she's a Toy Story fan, I got her a miniature Buzz Lightyear cake.) 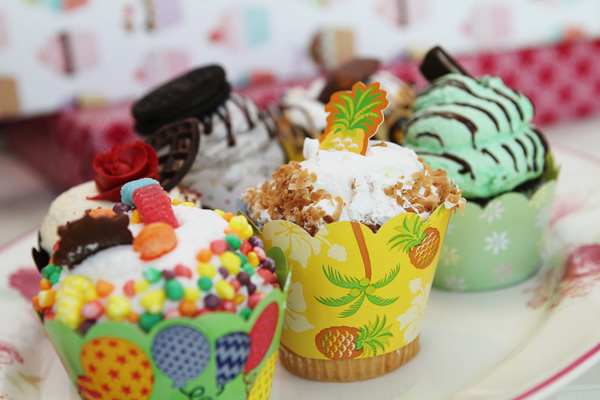 Sophie loved all of her presents, and she was especially glad her grandparents came over. Not that they would have missed it. 😉 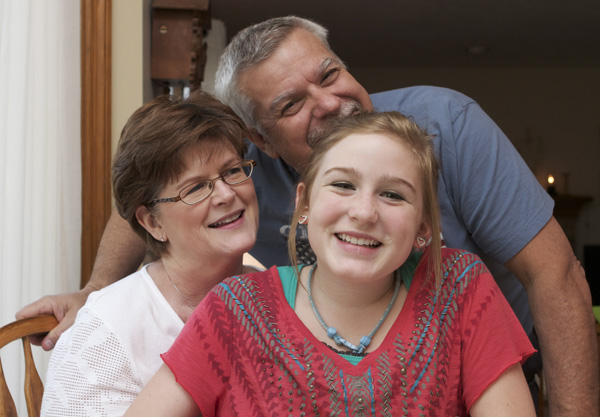 I do have to interject, however, that her little brother got on her nerves a bit: 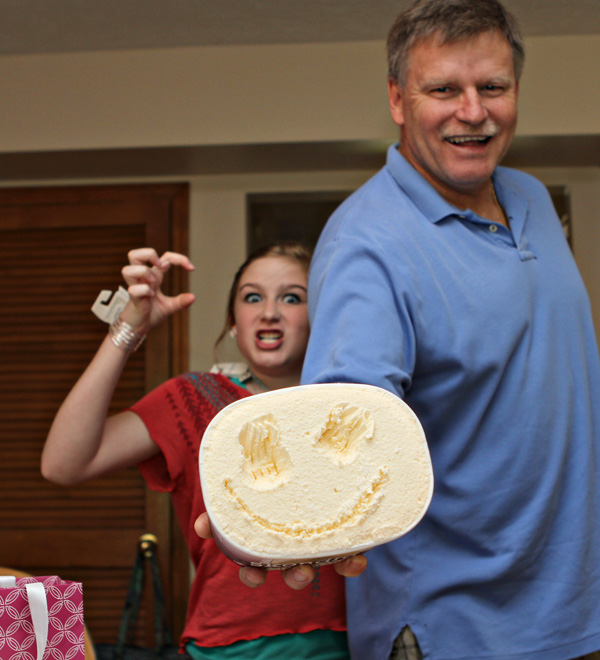 Especially when he took her prized earrings that were laying nearby and placed them in the bored-out eyes of the ice cream man he had created. This did not go over well with the birthday girl, and I reminded her that men are boys too, and they require much patience at times. 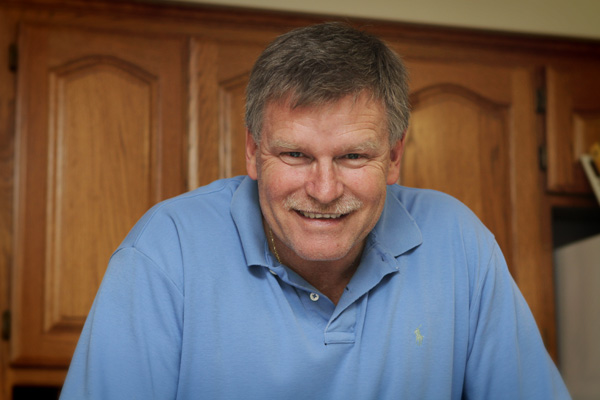 Sophie, you are amazing. And we're so very happy you were born. We love you! 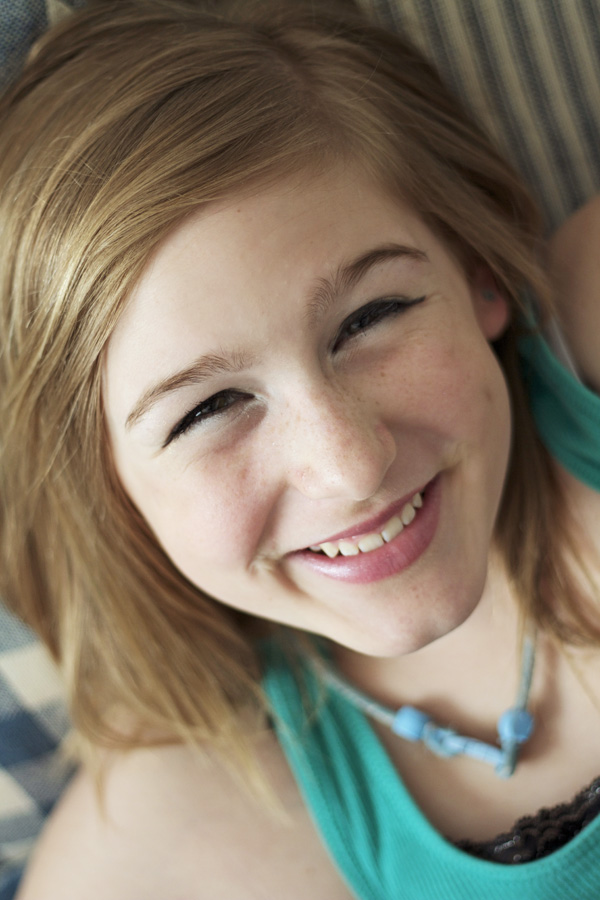 P.S. This morning she said to me, "I'm starting to feel twelve now." And since today is the last day of school, she added, "And can you believe at 3:00 today, I'll be a seventh grader?"