Life goes in seasons, and I'm thankful for it. I've not found much time for blog visits, but I did want to stop in here and say hello to anyone who may stumble past Plum Street today. Here's a few of the more ordinary, in-between moments from the past few weeks – and oh, how I welcome the ordinary!

Sophie mourned for a week when she lost Loo-Loo, Bonkers' little lamb friend. But thankfully, Loo-Loo turned up in a wad of wrinkled clothing in one of Sophie's very messy dresser drawers. Lesson learned, and the drawers have been neatly organized. 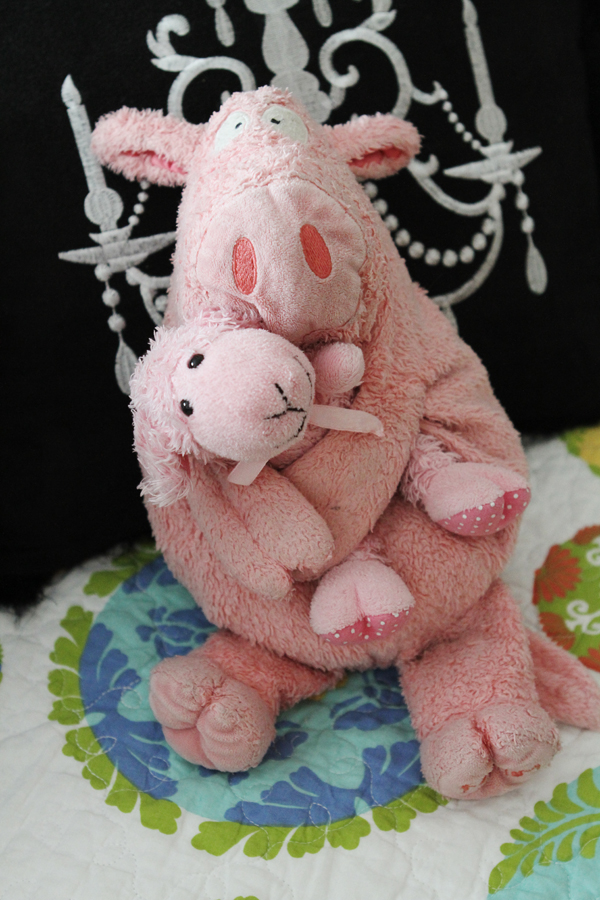 I baked these amazing gluten-free cupcakes, but my feeble mind refuses to remember what they were. I remember eating them, and feeling quite comfortable doing so, but looking back on them leaves me blank-faced and kind of hungry.

Tasha still snores loudly and then wakes up to troll the kitchen, waiting for anything – even an ice chip – to fall to the floor. 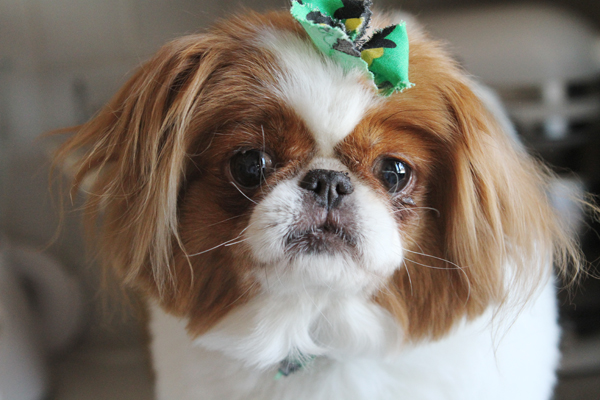 The Yorkie lives on. 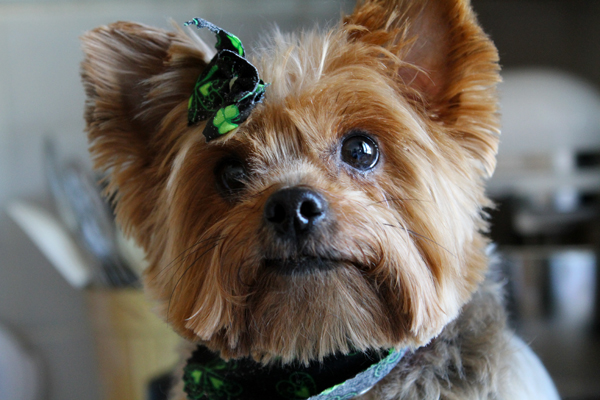 Tilly still finds the dogs a most ridiculous species. (And to my delight, she actually walked past the Yorkie and spanked it on the bottom, causing the Yorkie to have a near stroke as it rabidly chased Tilly across the room in a hairy rage.) 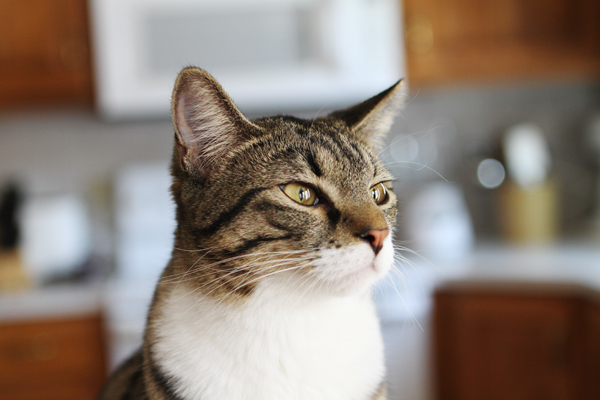 Speaking of Tilly, I noticed a particular trend regarding cat people and non-cat people. When I shared a photo of Tilly sleeping soundly on my Dutch Beauty project in my previous blog post, it was mostly cat people who commented favorably. The non-cat people, however, were horrified at the sight, and some were led to promptly email me and let me know of their shock (all in fun, of course!). Except for Margaret, who is most assuredly a feline-lover, yet also a fierce protector of her stitching. (Hi, Margaret!)

I tend to lean more toward Margaret's way of thinking, but in Tilly's case, she was just too sweet to disturb (okay, so I may have barked at her a bit), and I decided to take the time to pick cat hair out of my project once her siesta was over. After that tedium, however, I've decided she is to never sleep on my stitching again. Sorry, Tills.

When we visited California last summer, Mike and I discovered Rubio's fish tacos, and I've dreamed of them ever since. My cravings were so strong recently that I decided to look for a copycat recipe online, and found one! 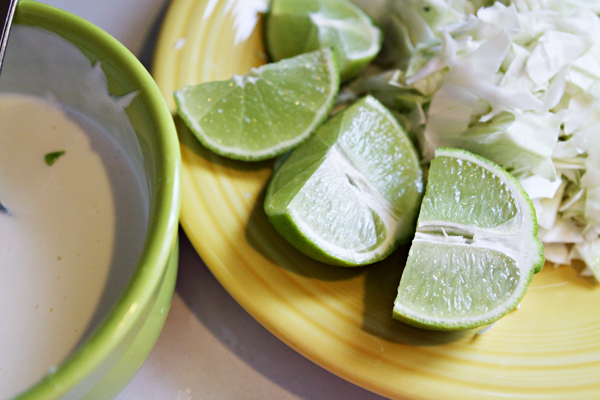 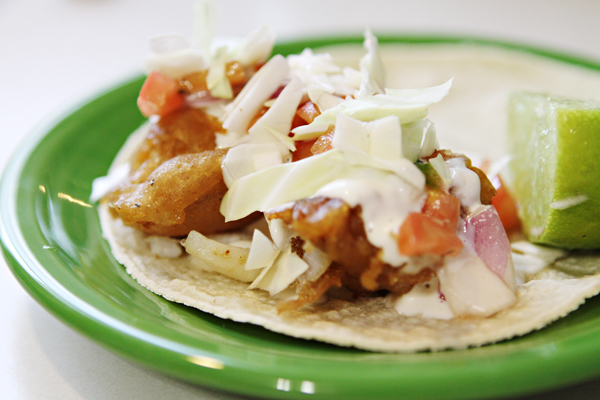 If you've never had a fish taco bc the sound of it is just wrong, please know that you're missing out. If you don't like fish, however, then you're not missing a thing. I'll post the recipe soon.

I still haven't figured out what those muffins were.

Bre has been working hard at learning the art of photography, and is doing a tremendous job, even if I do say so myself. 🙂 Her goal is to be able to travel and shoot live shows, and I think her talent will get her there. (For you photo fiends, she used a Canon 7D and a 24-70 f/2.8L lens.) 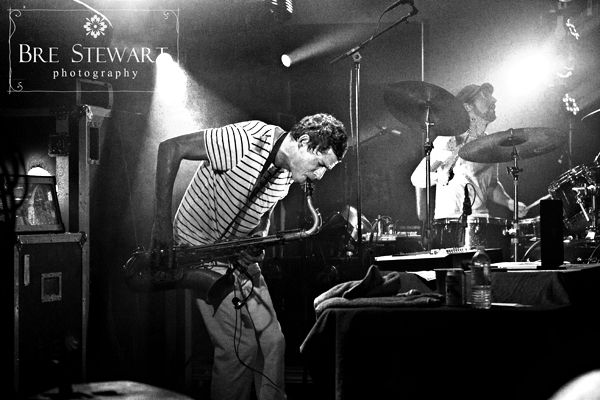 Sabrina has taken up longboarding, which is a variant of skateboarding. I find her interests and hobbies to be so much fun – she's such a girly-girl on one hand, yet she can hang with the best of the boys who videogame (thanks to Big Papa, who raised the girls on gaming consoles and remote controls), loves organizing sand-volleyball games on campus, taught herself to play the guitar, and will soon be adding longboarding to her list of undertakings.

However, since Sabrina has to spend most of her time studying or working, Sophie has been secretly "borrowing" Bean's longboard and having a go of it herself. 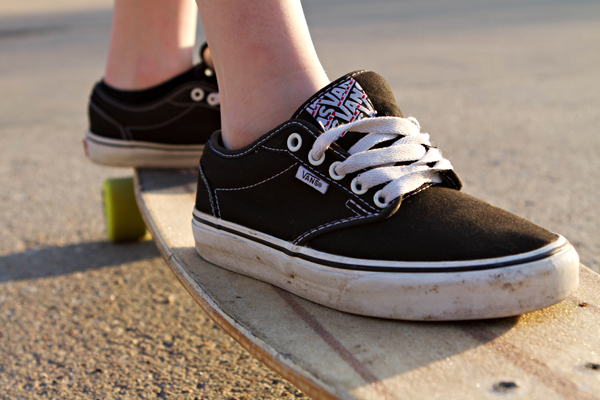 Lastly, Nicole has finished a wee model for me (in addition to all the other crazy stitching she's been finishing lately), which will be released at the April online needlework show. 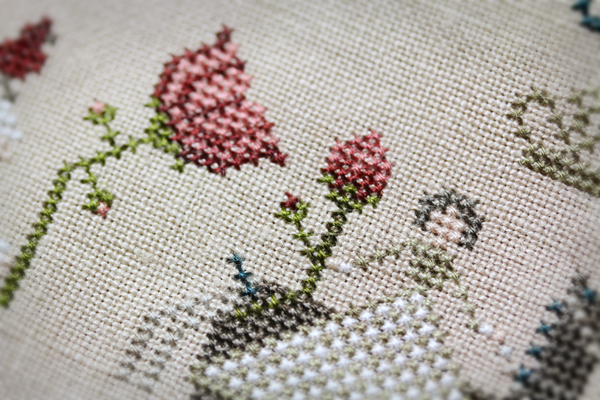 Btw, Bre has also been designing quite a bit lately, and Hodgepodge Cottage will have a few new releases as well in April!

And those are just a few of the in-betweens that have been going on around here. To those of you who have emailed to check up on me, I can't tell you how sweet it was to hear from you. I'll try my best to not be such a stranger. 🙂