Since Bre was in high school, she's been telling me I need to go to one of the many concerts she attends at various music venues. She's invited me several times, and I've always given her an emphatic NO, for no reason other than I thought it would make her really nervous if I said yes.

And because I figured any concert she went to would be filled with teenaged hooligans who might mug me in the bathroom.

And because I could get jostled about and spill my coffee travel mug.

And because it would be noisy, and I don't like to be away from my stitching for too long.

And mostly someone might get their sweat on my arm, or worse yet, in my coffee travel mug.

It turns out that Bre wasn't going to accept NO for an answer any more, so she invited both myself and her dad to one of these hoodlum-fests recently, and laid it all on the line by saying to us: "I will even buy your tickets."

Through skeptical eyes, Mike and I looked at each other… and agreed. Railroad Earth, here we come. (That was the band's name, btw.)

Hours before the concert, my Bible was open and I was asking the Lord to help me navigate through this night that was sure to end in my husband saying to me, "I always knew the girls would end up taking after your side of the family." And when it was time to leave, I was filled with trepidation, thinking I'd better not go into the concert hall's bathroom alone.

The night certainly did not go as expected. When we got there, Bre introduced us to any friend she happened to run into (and there were plenty), and each friend of hers was nicer than the next. When the show started, Bre spent her time bw watching the band from the balcony with Mike and I, to weaving and dancing her way to the front-and-center of the stage, where most of her friends were. 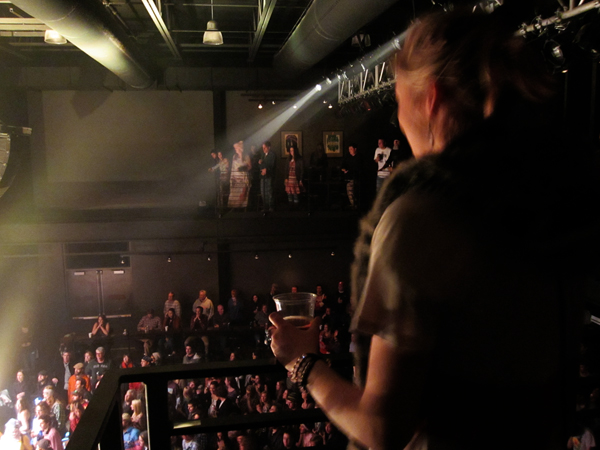 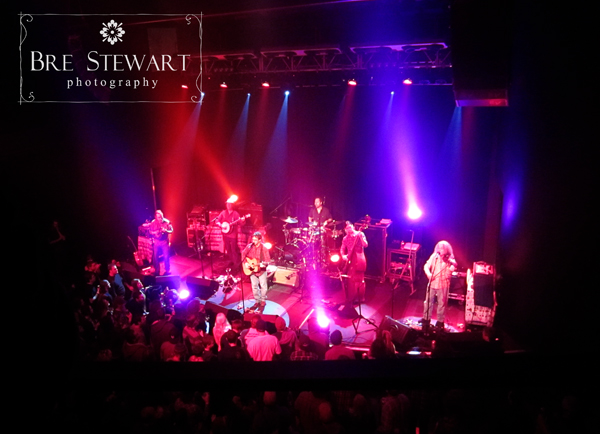 Railroad Earth is, for lack of a better way to describe them, sort of a hybrid bw electric and bluegrass, and Mike and I really enjoyed listening to them! We were quite content to be up in the balcony, people-watching and waving back at Bre when she would turn to look up at us with her friends.

When the second set started, Mike and I moved to the lower floor, off to the side. This was where the majority of  the "more mature" people stood, and this was our view: Just when I was wondering where Bre had gone to, she suddenly appeared next to me and pulled on my arm. "You're coming with me!"  she shouted. I felt my inner mule immediately rise to the surface, and I stood firm to the ground. "No, I don't think so!" I shouted back, trying to be heard above the musicians and crowd. "Yes, you're going to come with me and you're going to have fun!" Bre yelled back. I felt Mike's unyielding palm in the middle of my back, pushing me toward Bre, while she had my arm in her evil grasp, tugging me through the blurry din of middle-aged ruffians.

I had no choice but to leave my comfort zone behind… the zone that filled me with blissful, sunshiny days of baking muffins in my Vera Bradley apron; of quiet afternoons on my stitching couch, drinking Starbucks Verona; of peaceful nights, listening to the strains of a Jane Austen movie wafting through our gingerbread-candle-scented home…

I had no choice but to enter The Crazy Zone: 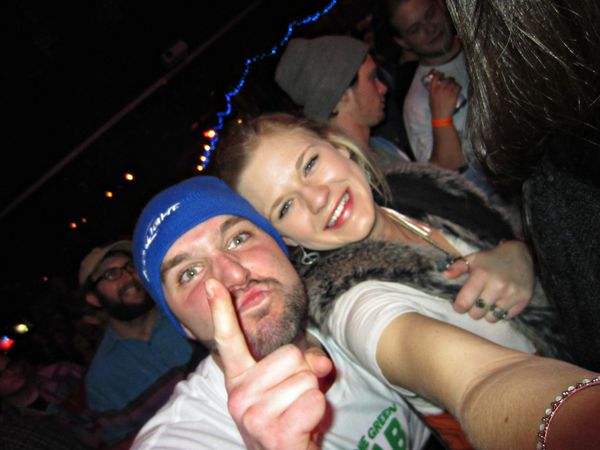 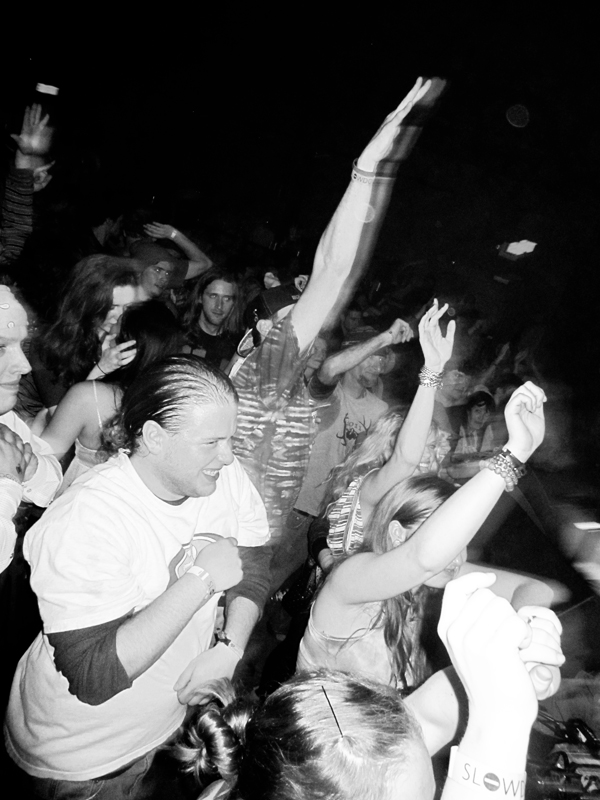 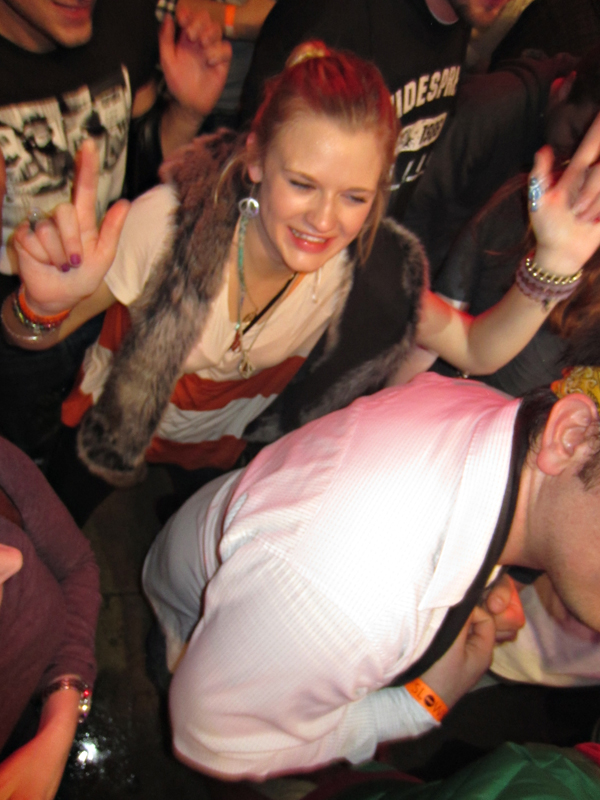 There I stood in the middle of the throng, with Breanna pointing at me with both of her beloved index fingers, shouting for all to hear, "MY MOM! IT'S MY MOM!" To my right and to my left I was getting high-fived, and a few even congratulated me on "my first concert." (As if *NSync doesn't count. Pshaw.) 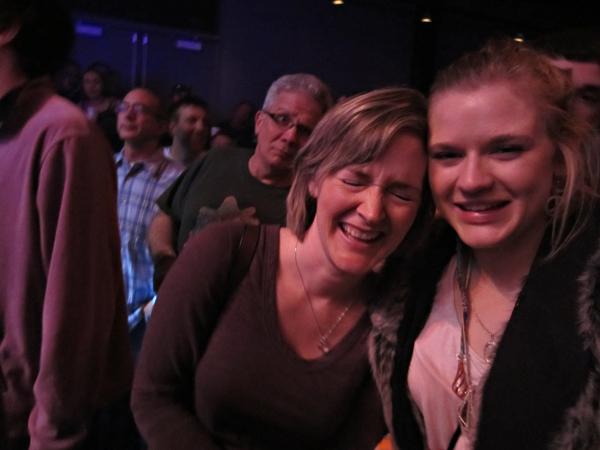 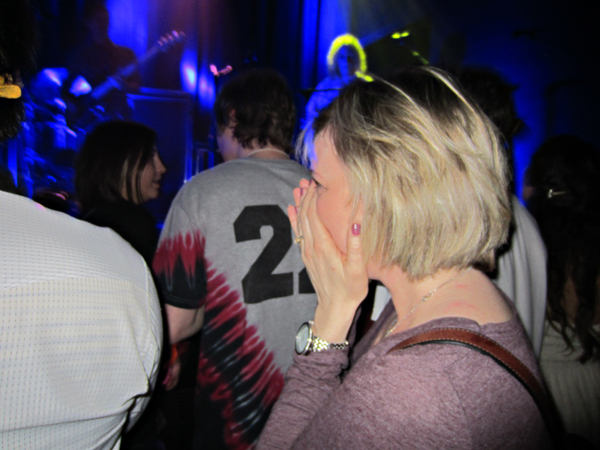 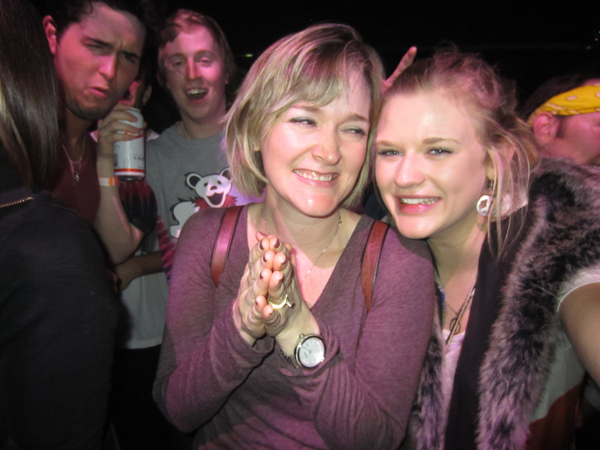 My new view of the show: 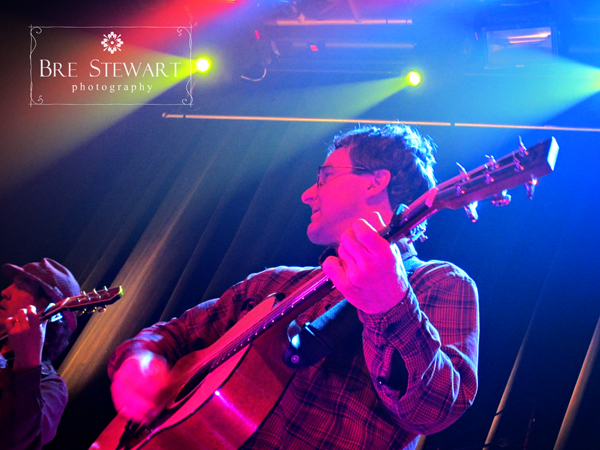 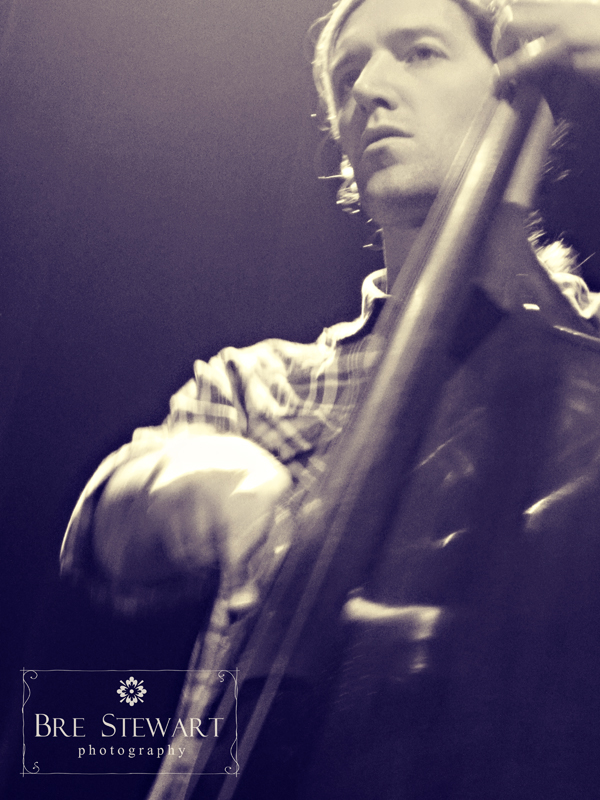 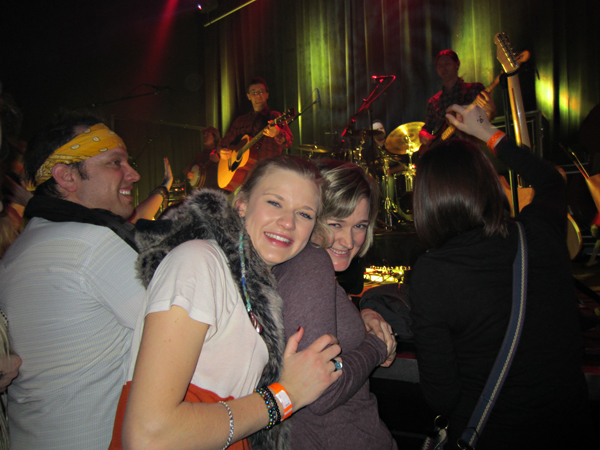 After what seemed like an eternity, I decided to copy a few of Bre's dance moves, but since that was an epic fail, I eventually made my exit from the floor and beat a path through the mob to find Mike again (even though he was a concert-Judas and pushed me into what could have been my doom).

The music lasted about another hour or so, and then it was time to head out into the frigid air and make our way back to our gingerbread home, where all was good and right in the world.

Since that night, I've thought many times of my few brief moments on that crazy dance floor with Bre. And each time, I laugh and am so happy I did it. It's something I never in a million gabillion trazillion years would have done on my own., bc it's just not who I am. But I have to say, I wouldn't trade that fun, silly experience for anything.  When I'm old one day (Lord-willing) and look back on my life, I will no doubt see all the loveliness I had. And that night will be a blip on my mind's screen that takes me out of my peaceful bliss, and makes me laugh again.

But in the meantime, if I ever attend a concert with Bre again and have to go to the bathroom, hopefully Bre will be there to shout at my would-be muggers, "MY MOM! IT'S MY MOM!!" and they'll leave me and my coffee travel mug alone. 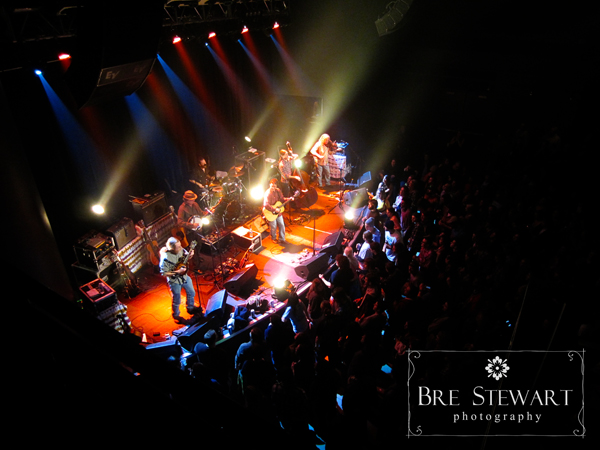 ETA: Bre tells me I have been shunned by the jam-band world for describing Railroad Earth's music as "electric bluegrass." According to the text she just sent to me, it is technically described as follows: Jamgrass, bluegrass, Americano/improvisational with rock and roll, jazz, celtic, and cajun influences.