I used to think I was more of a dog person, but lately I'm starting to think I'm a cat lover. Tilly has been visiting since Bre has been on Christmas break, and I tell you, every time I see this little sweety, I feel happy. When I say, "Hi Tills!" she actually meows in answer. It's the weirdest thing. 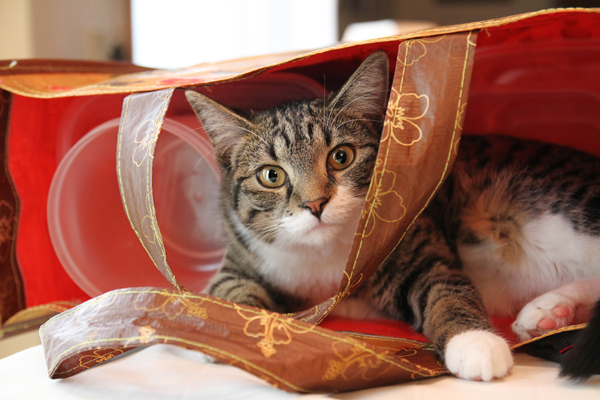 And she loves to antagonize the Yorkie. It's one of her favorite things to do, as a matter of fact. Here she is, perched on the Yorkie's old spot on top of the couch (snuggled in one of Sophie's t-shirts)… 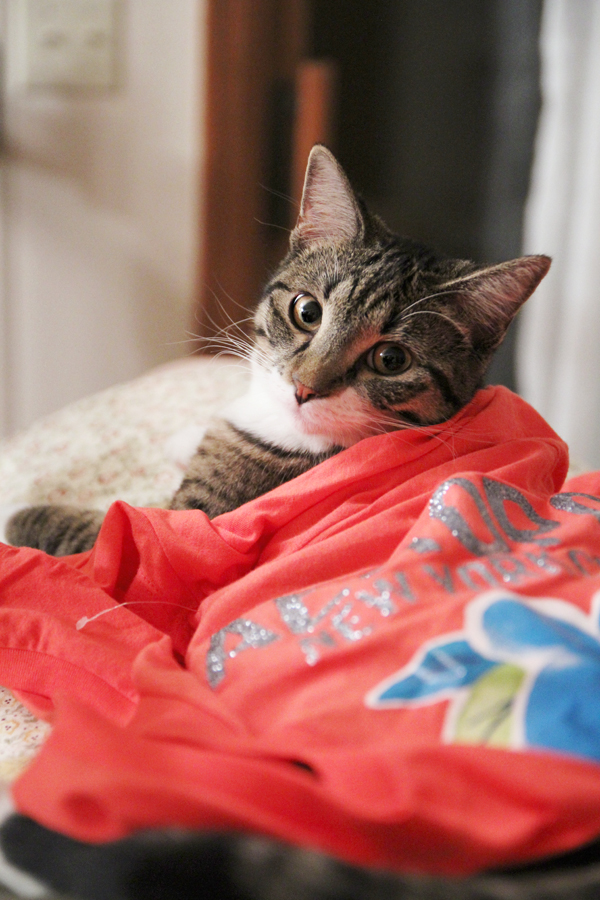 And since the Yorkie finds Tilly to be extremely disconcerting, all the Yorkie can do is sit by on a not-so-comfy chair and take it. 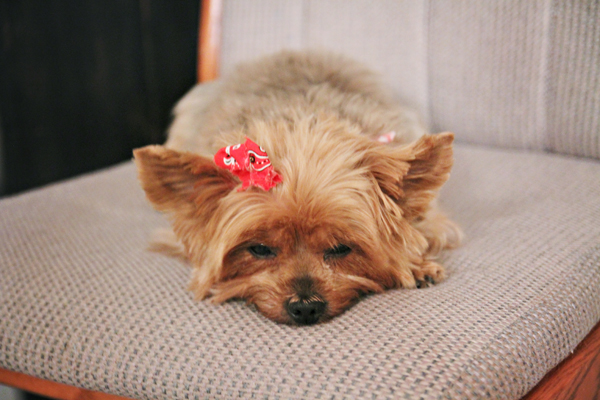 And as soon as Tilly is occupied elsewhere, the Yorkie eagerly resumes her position on the back of the couch. Lately, the only time Tilly will allow the Yorkie to have her old spot back is when she hears me switching laundry loads. For some reason, this silly cat loves the dryer. She watches me unload it, and as soon as it's clear, she settles in. 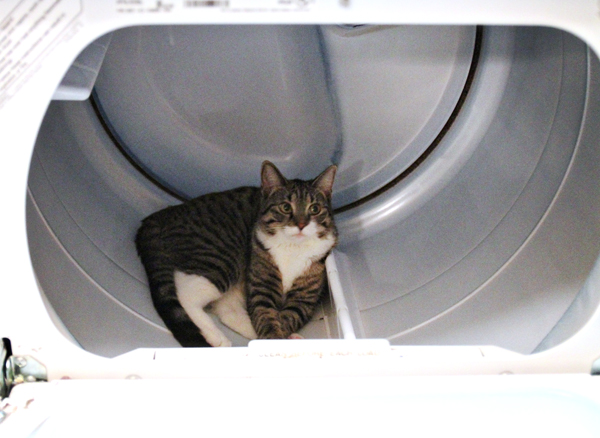 She igores my pleas to vacate the dryer so I can get on with the laundry, so I usually end up piling damp clothing in around her to show her I'm serious about the eviction. 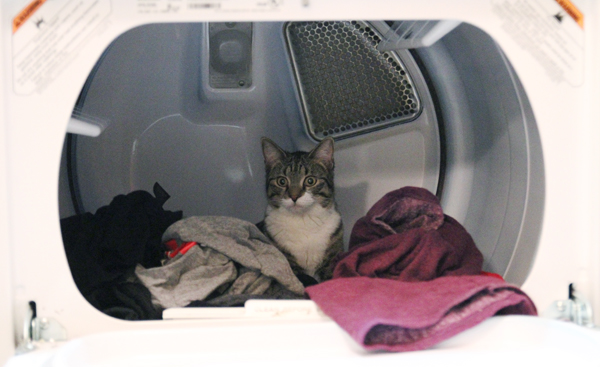 She also loves it when I play on my iPad. Recently I couldn't figure out why my screen wouldn't scroll, and when I looked down, her paw was resting on it, preventing it from responding to me because it was busy responding to her. 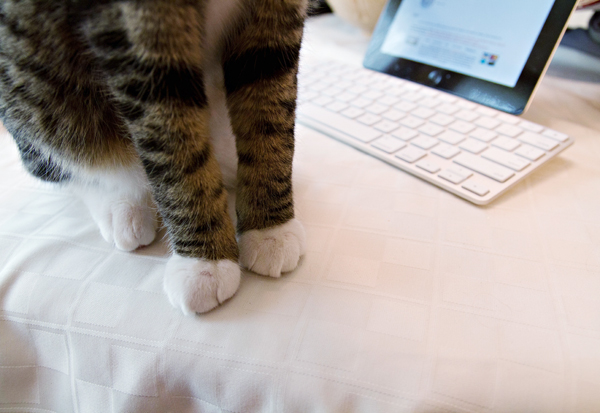 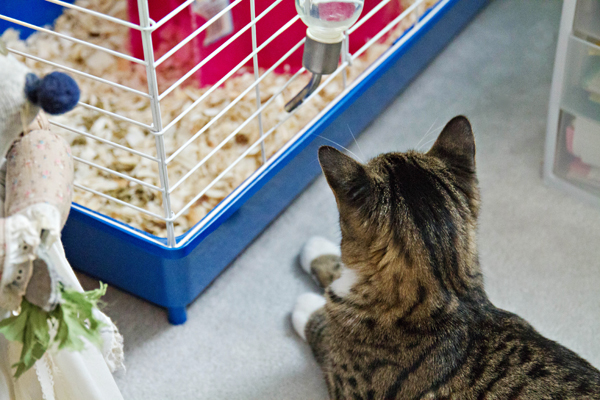 As I was taking down the Christmas decorations this past week, she made herself at home in a garland laying on the floor, hiding herself  from a certain pooch. Clearly she had plans brewing for making the Yorkie wee in fear. 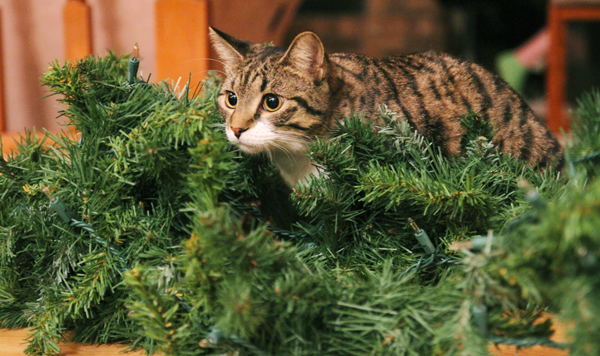 …And this was all I was able to capture of the skirmish: 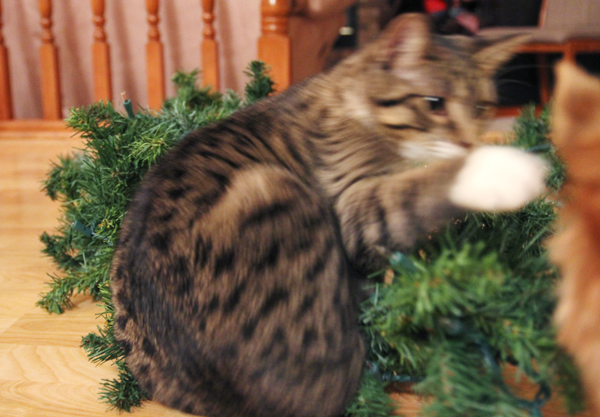 Tasha, on the other hand, is not afraid of anything. She dreams of the day when Tilly will let her stand this close to her without a screen door between them. 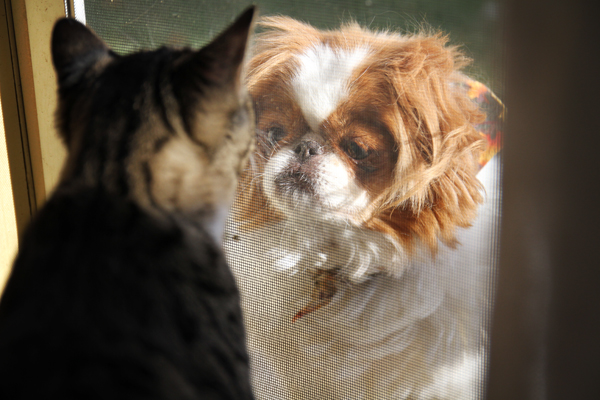 Tilly doesn't care for canine exuberance, so she stays as high up as possible when Tasha's tanking through the room. 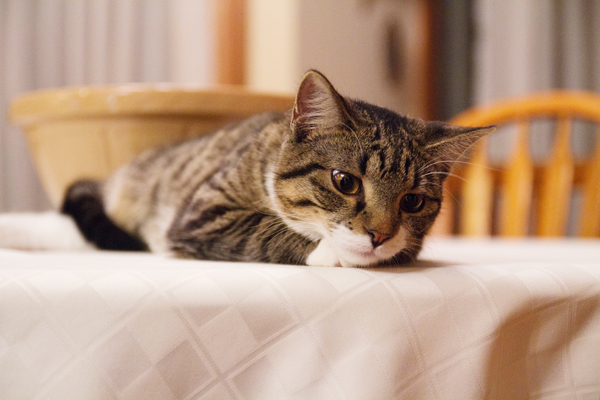 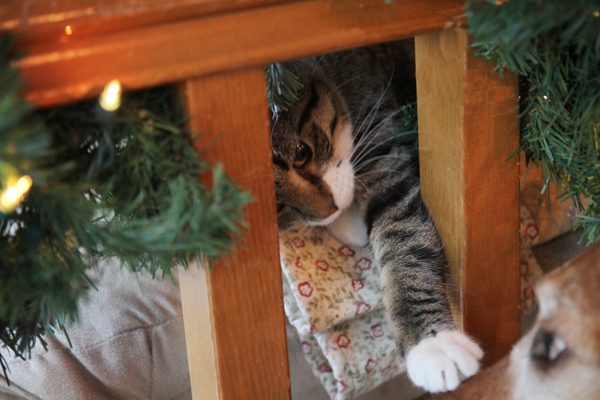 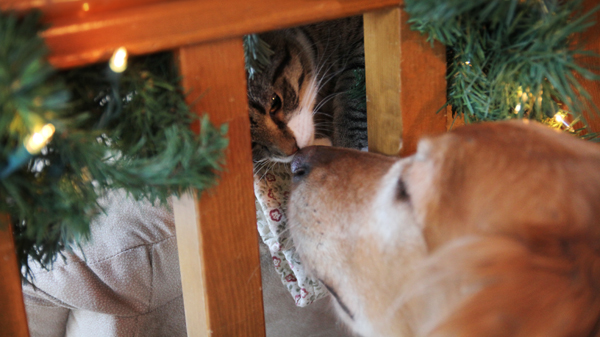 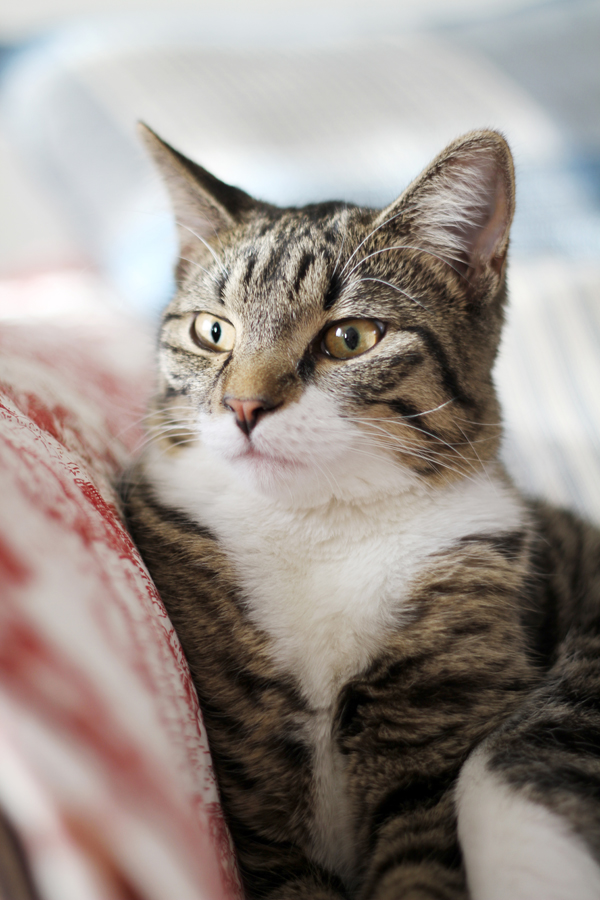 Sweet Tilly. Bre sure knows how to pick them.