A few weeks ago I decided to finally start going through all of Mike's parents' belongings that have been stored in our basement for the past year. I had avoided this enormous undertaking for a long time bc it involved sorting through literally thousands of photos and removing what seemed like hundreds of them from old picture frames.

But I did it. I sat down in the basement, turned on the tv for some company, and started opening boxes.

And that's when I came across the most fascinating photos. Mike's dad, Jimmy, had kept many of his relatives' photos from what appeared to be the very late 1800's and early 1900's, and I found myself wondering over them, desperately wishing I'd known they existed before Jimmy's passing. Old photographs never cease to bring me great curiosity, and I'm sad that I could have known who was in these photos, if I'd only thought to ask.

But how do you ask someone, "So… do you have any photos from the turn of the century that you could show me?" I suppose you ask them just like that.. if you think of it. Most of the time, however, I was busy trying to think of ways to get Mike's mother, Frieda, to talk about her childhood – one that was spent growing up during World War II in Germany. It never occurred to me that my father in-law, born in the great state of Texas, would have just as interesting of a childhood.

So I'm left with these old black-and-white photographs, filled with people who are linked to our family somehow. I took a few photos of them when I was in the basement, so I could share them with you – just in case you like old photos as much as I do. 🙂

First, I'll show you one of Jimmy as a baby, and those are his shoes. I think he's one of the most beautiful baby boys I've ever seen… 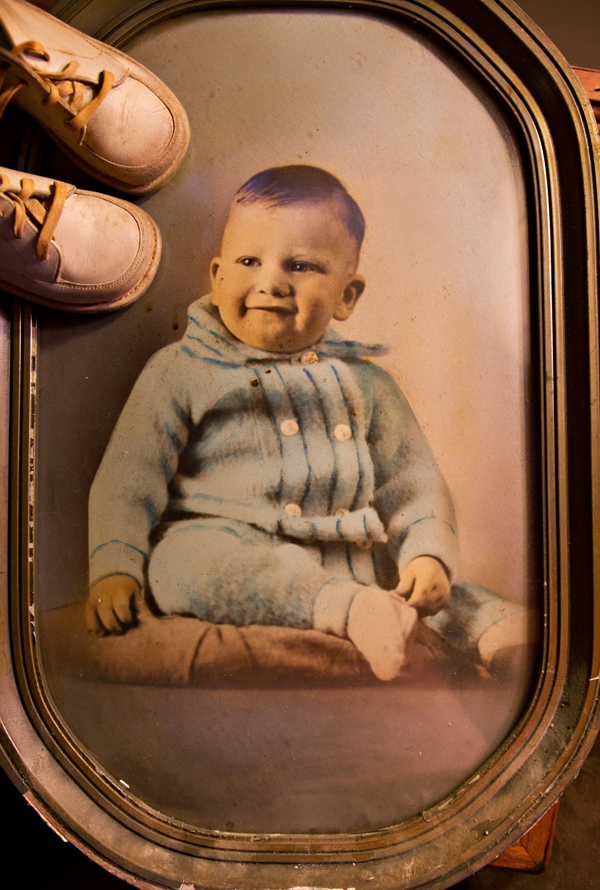 His mother's name was Jewel, and she died when Jimmy was a small boy. His grandmother, Viola, helped raise him. 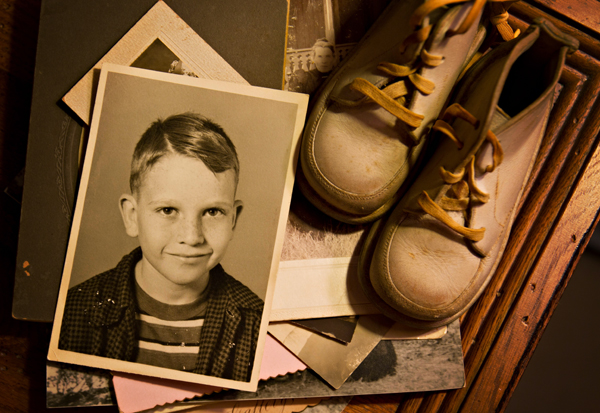 These are photos of people I can only guess at.. I can see resemblances between so many of them, and it was fun trying to guess at who belonged to whom… 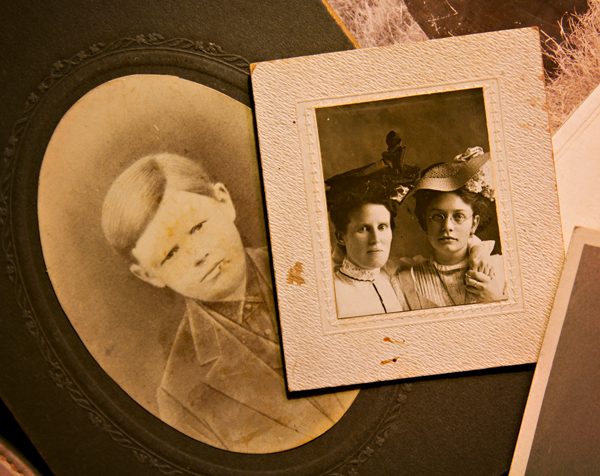 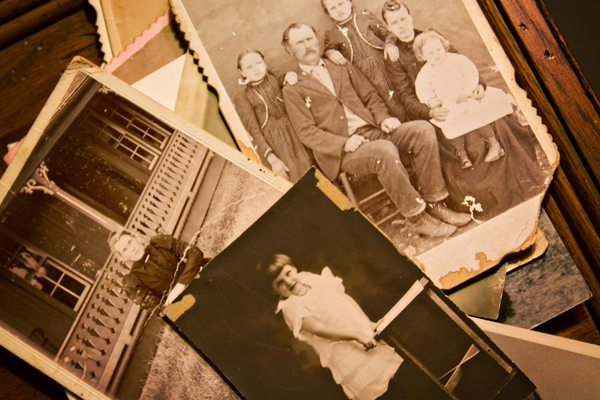 I thought they made a handsome couple… 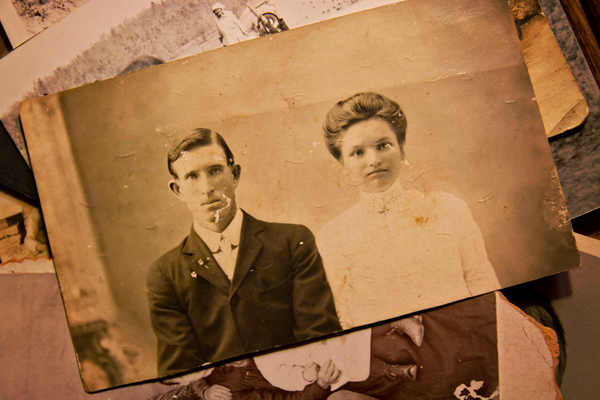 These were some of my favorites – especially that old school photo. All of the children were shoe-less and dusty, and the most interesting part was the mix of ages; there looked to be older teenagers mixed in with the youngsters. The slate that the boy in the middle is holding reads "Sycamore 4-9-30.. W.E. Faith.. J.N..Miss Fewell (Tewell?)." 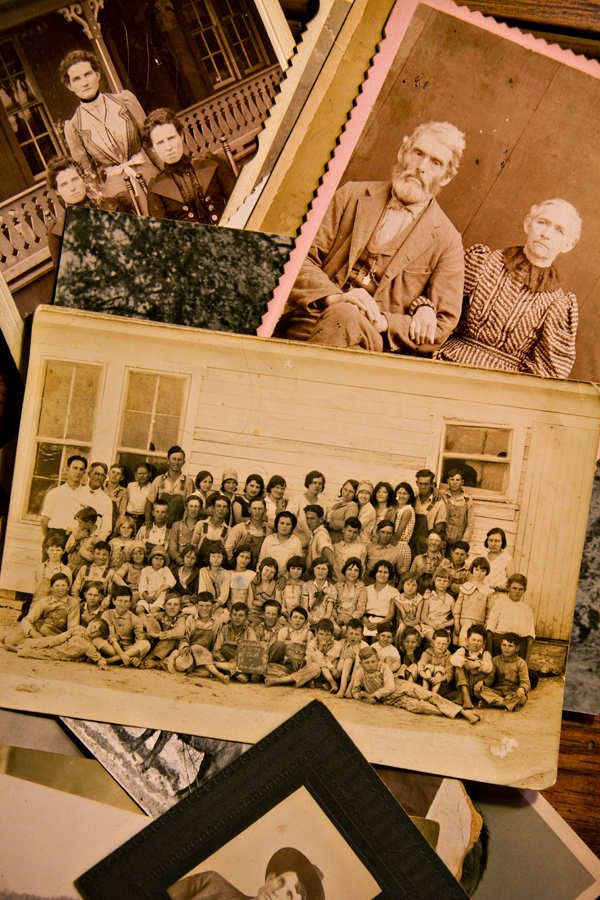 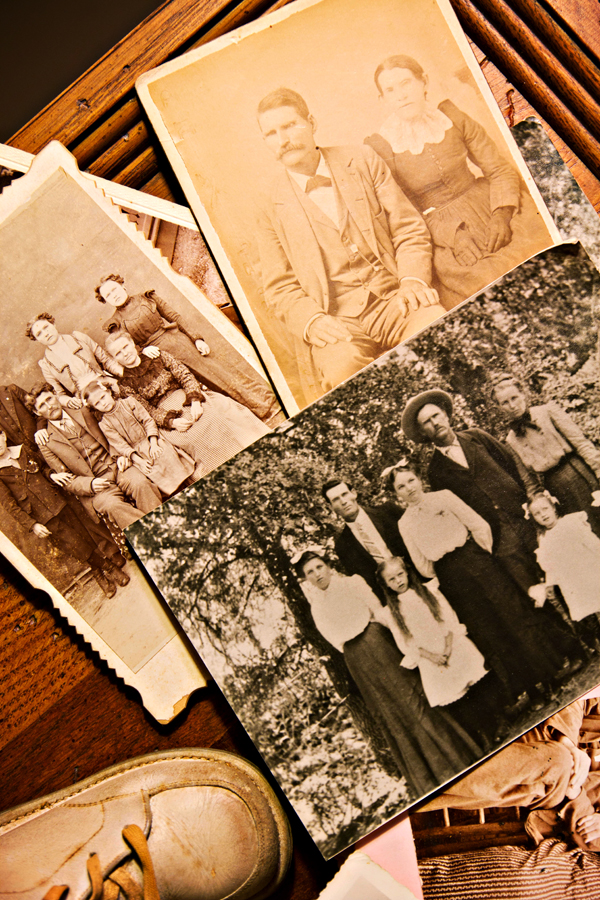 I thought the woman below had interesting features.. perhaps she's the mother or aunt of the woman in the photo with her husband – the "handsome couple" photograph above; after all, they have the same wide-set eyes and cheekbones… 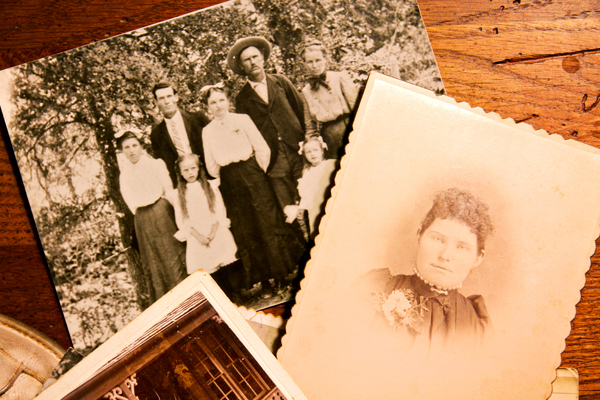 There were several other old photos, but there were also a lot of them from the 50's, as this one appears to be. Wouldn't you love to know what these ladies were laughing about? I imagine they were being very boisterous, and the fourth person in the room – no doubt laughing along with them – wanted to snap a photo to remember the hilarity of that afternoon – or to show them how silly they were being! 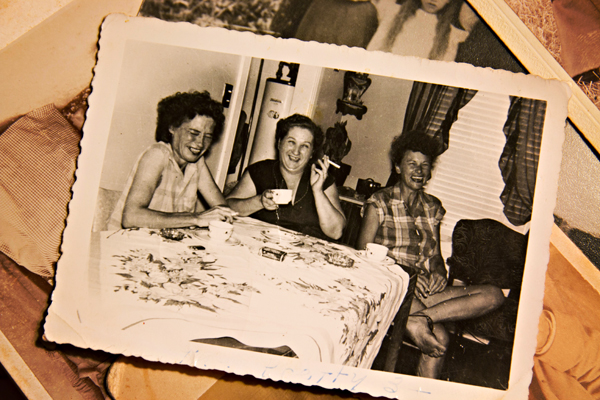 I hope you enjoyed looking at these photos as much as I did. I plan on taking them all out of the box Jimmy had stored them in and putting them into an album, in the best order I can guess at.

Join us next time, as we explore the 1970's – and answer the burning question: was Mike, in fact, the first person ever to wear the now-popular Justin Bieber hair-do? 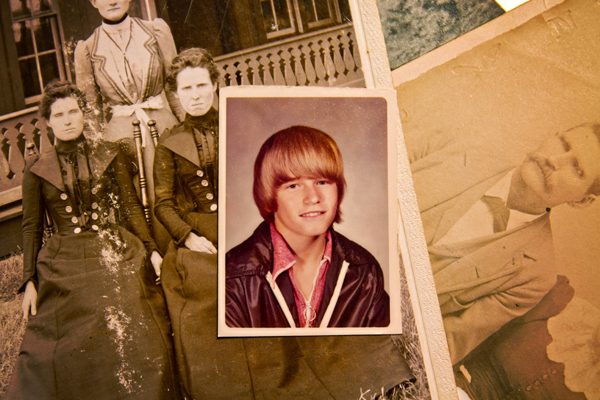 P.S. After showing her this photo, I later overheard Sophie saying to one of her friends, "You should have seen my dad when he was our age: he was hot."

22 Replies to “A Disappointing Curiosity”