I realize this was supposed to be released last month, but the release was pushed off to September, so here it is – along with another one that's releasing tomorrow:

This is Beans, Beans… 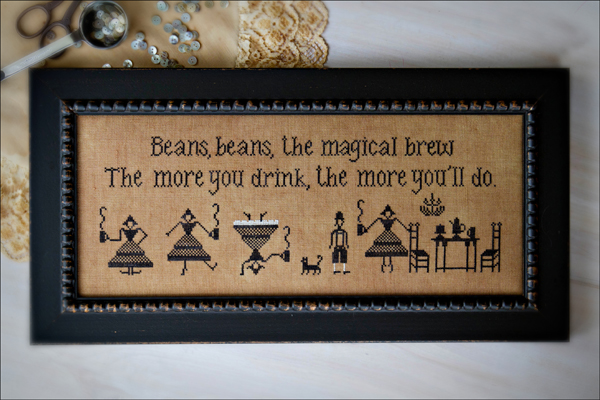 (Sound familiar? Maybe you're thinking of the Musical Fruit version, of which I have no plans to design a sampler around.) 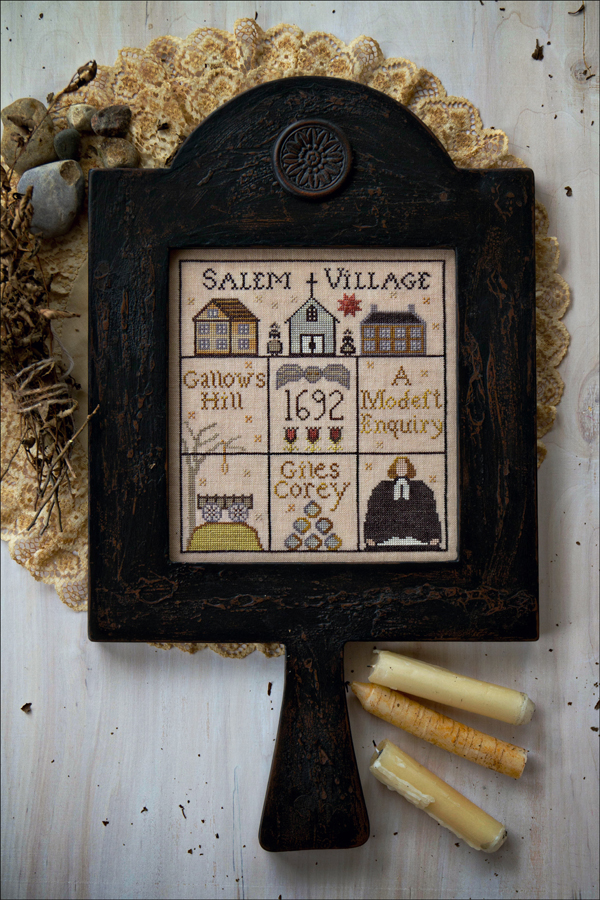 A little extra info about this sampler: The bottom right block represents John Hale, a minister who approved of the court's witch trials in Salem, but later reconsidered his stance when his wife was accused and arrested for witchcraft in 1692. He wrote this book in 1697, challenging the way the courts handled the trials: 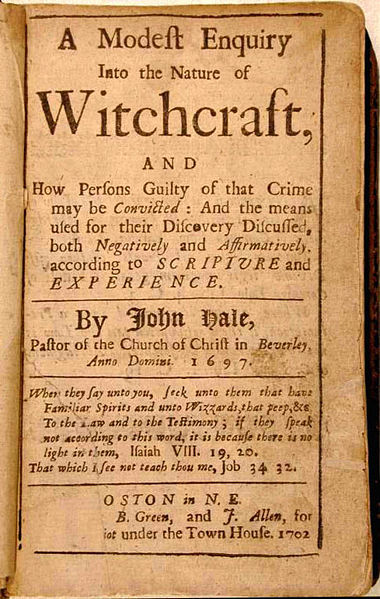 The middle square on the bottom represents Giles Corey, who was crushed to death with stones when he refused to enter a plea regarding whether or not he was indeed a wizard/warlock. Reputedly, his last words to his torturers were "more weight."

As for the frame, check out the texture on that hornbook, provided by the talented folks at Valley House Primitives! If you're interested, ask your shop owner to contact them at valleyhouseprim@aol.com.

One error I just noticed (and not before already sending these to the distributor) was that the chart states that I used silk (Belle Soie) in this piece; I did not, as Crescent Colours are most certainly made of cotton. 😉

I have one more release to show you tomorrow, as I'm out of time today! I must dash off to pick up Sabrina's car from the shop, as it's been making noises akin to what one would make after consuming musical fruit.

I hope you like the new releases! And Happy Fall!