Sophie's school had a Sheridan's Custard Night this past week, so I told her she could invite a friend and we'd go. Back in the summer, we allowed the Chin to come along with us, and she gulped down her doggy-custard in one swallow. (I wonder how brain-freeze feels to a dog.)

This time, it was the Yorkie's turn, and she. was. ecstatic. She could not believe her good fortune at having been invited to come along to Sheridan's in the family car. (She still doesn't understand that if she'd stop her screeching at everything she sees outside the window, she'd be invited to lots more places.)

After we'd placed our orders and drove up to the window, the Yorkie suddenly stopped her screeching and gazed with wonder at something inside… 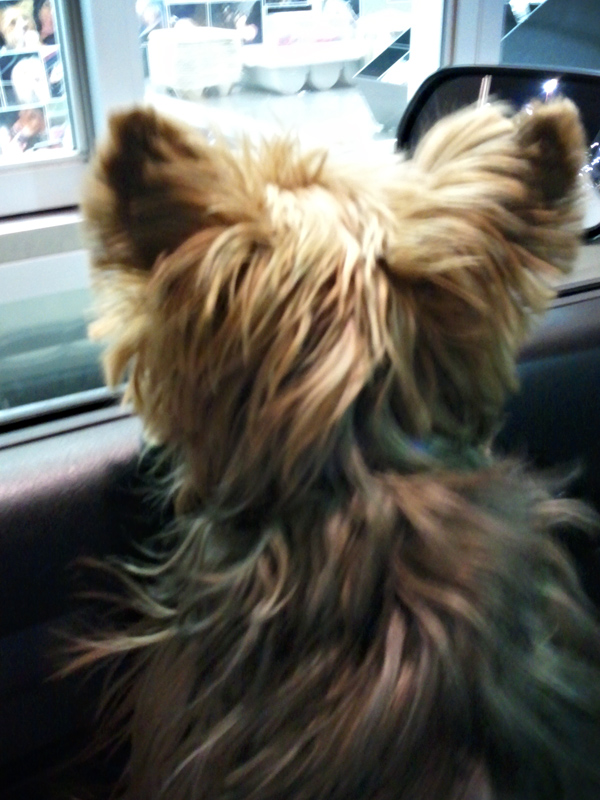 What was it that held her in such rapture?

Why, it was a wall full of photographs! Photographs of dogs eating custard! 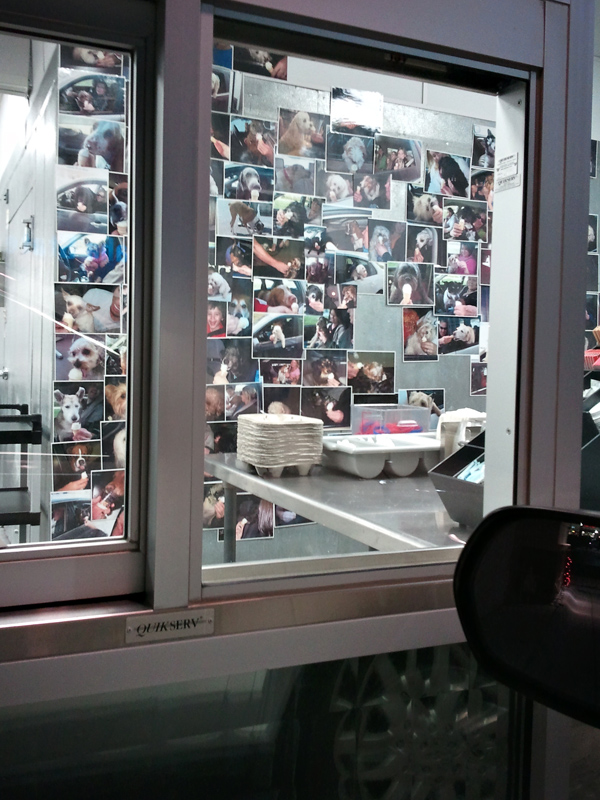 I decided to forego asking the drive-thru girl to take the Yorkie's photo and I took out my phone camera instead.

Here she is, after jumping back to her seat, anxiously waiting for whatever it was she thought she was getting… 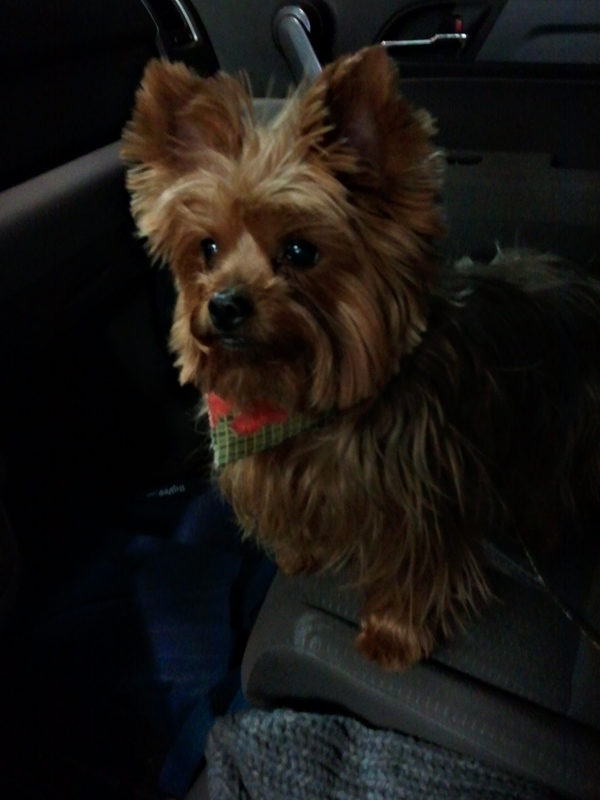 The excitement was palpable. 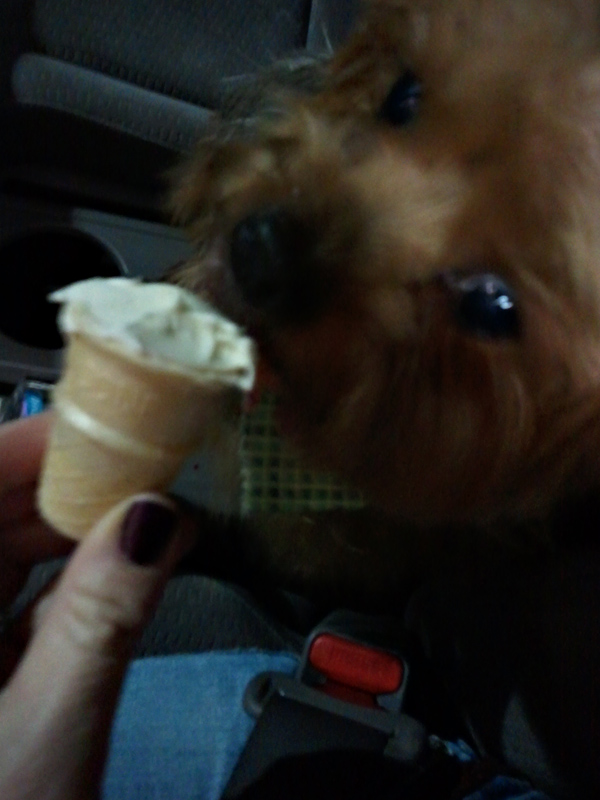 And when she had finished and we drove away, she went back to screeching.

One of these days I'm going to videotape her for you all, bc I have a feeling you don't believe me when I tell you that she is Satan's spawn.

These two can vouch for me. 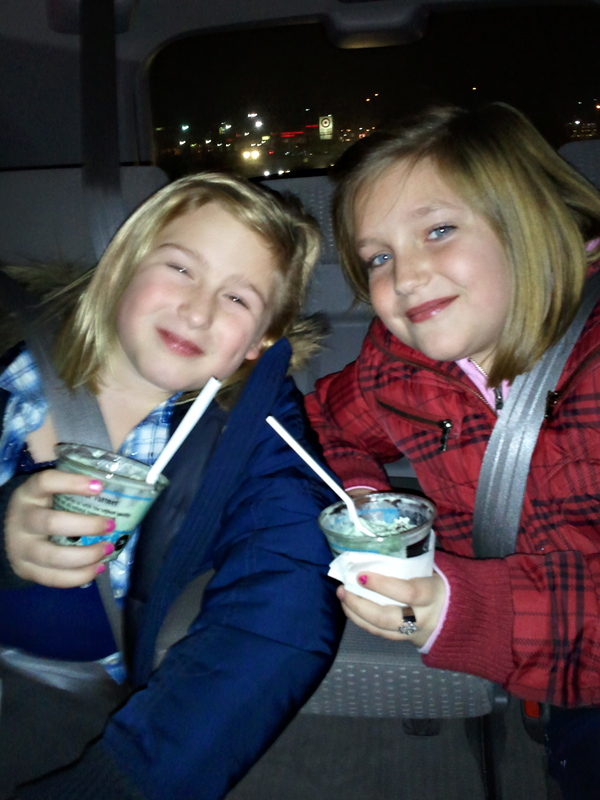