When Sabrina was in Germany, she became quite the FIFA fan, donning the glorious Deutschland colors and cheering the team on with her German family. Since Mike is also an avid "football" fan, she brought him an official jersey as a souvenir, and included her sisters in the World Cup action as well.

As soon as the jerseys were on their new owners, a transformation took place, and suddenly our back yard became Federation of Fußball's best kept secret… 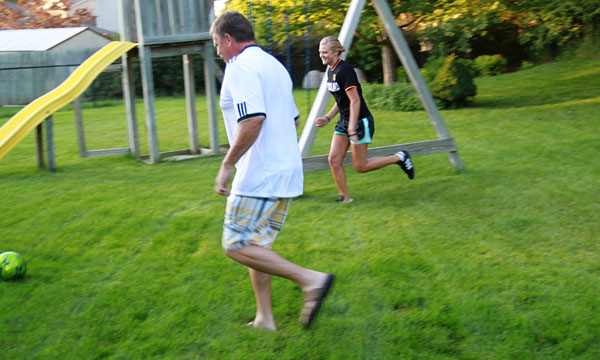 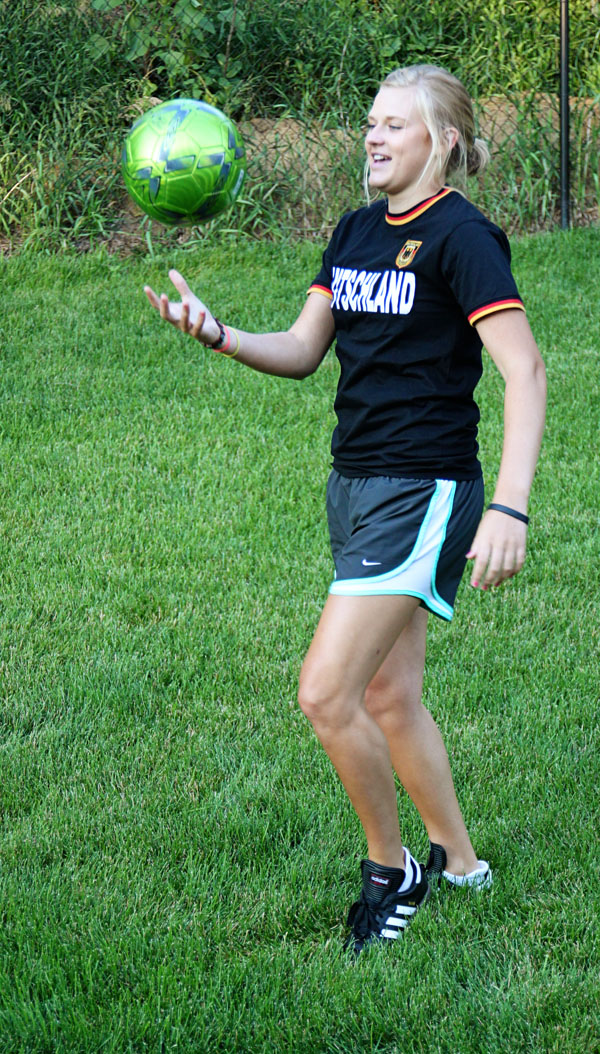 When Brea was little and was on a soccer team, she used to spend the entire game doing cartwheels. Therefore, I marvel at her athletic prowess. 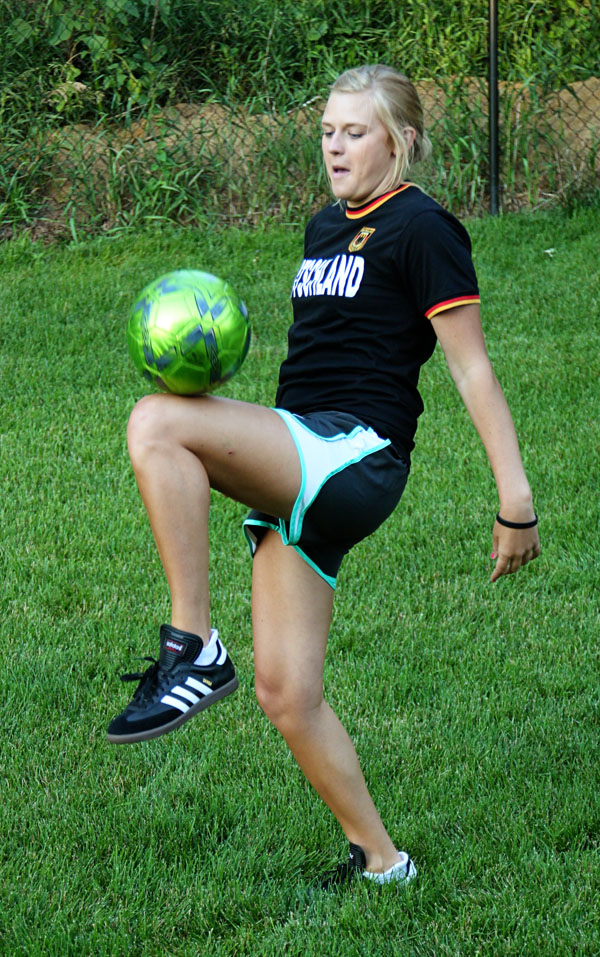 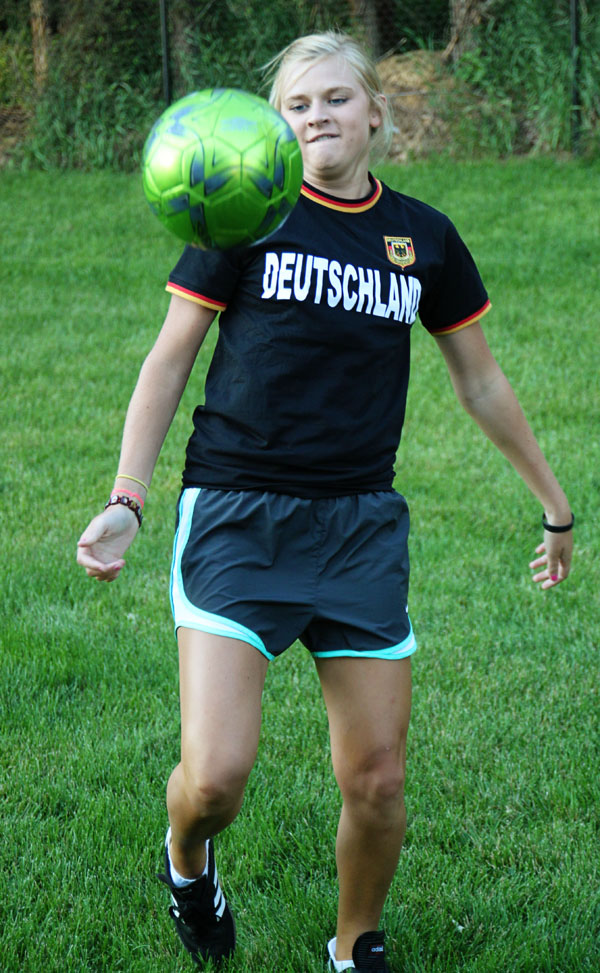 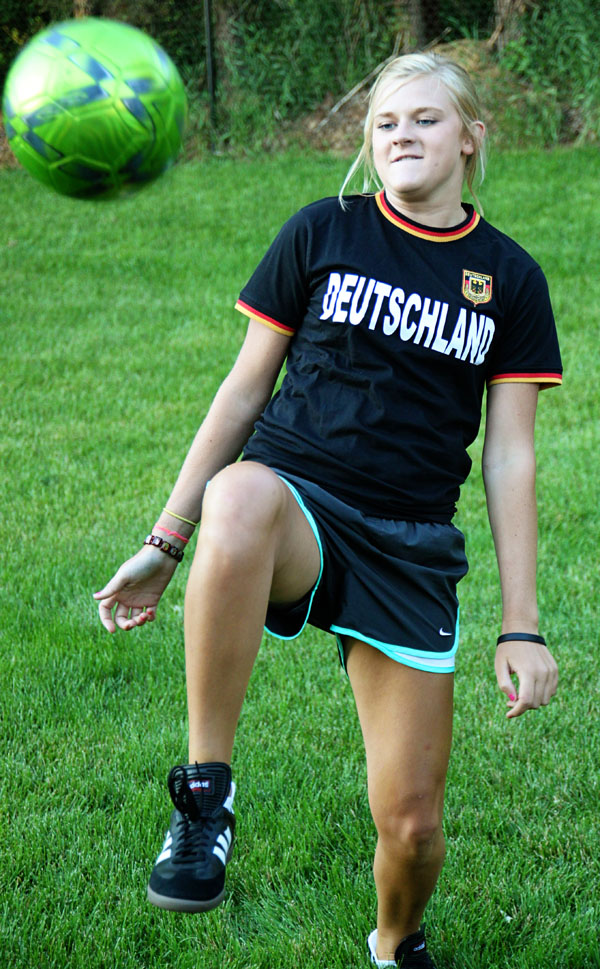 And if this doesn't give you heebie-jeebies goosebumps, you need to pay the doctor a visit… 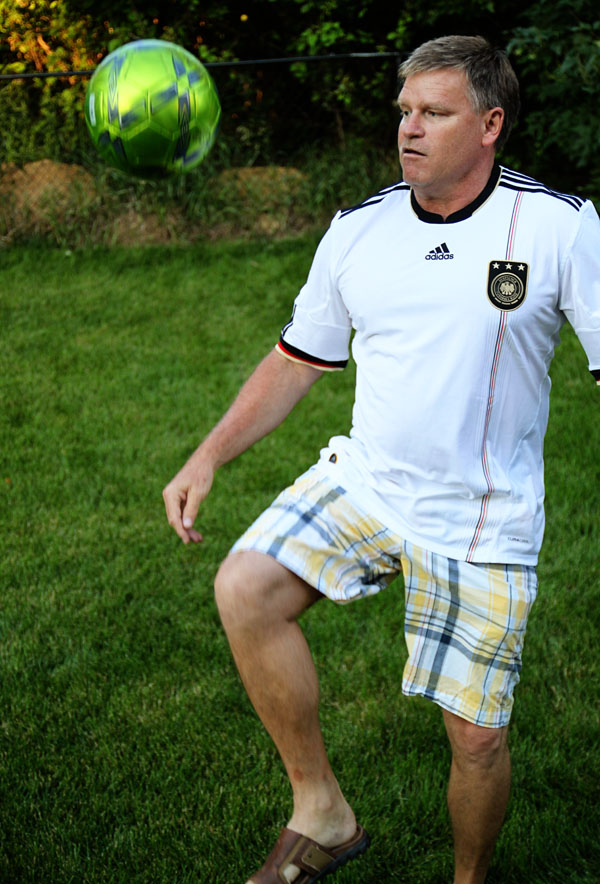 (One of Mike's dreams has always been to design the World Cup uniforms.) 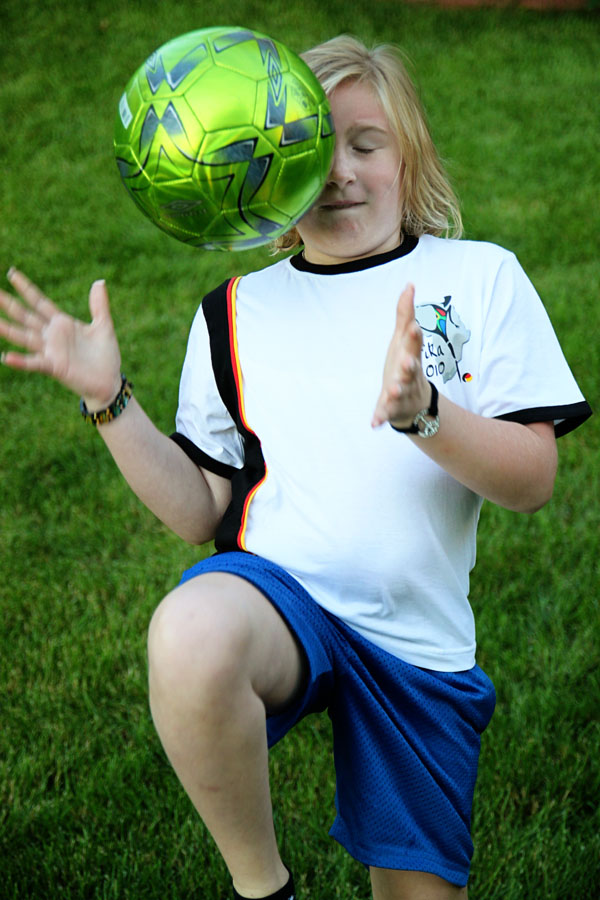 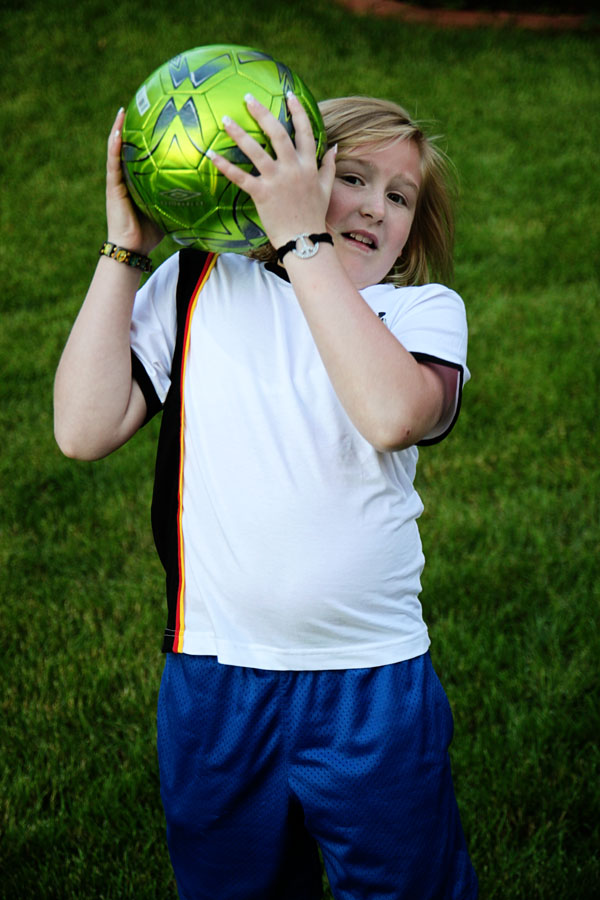 (And Sophie thinks all athletes should make sure their press-on nails are in place before every game.) 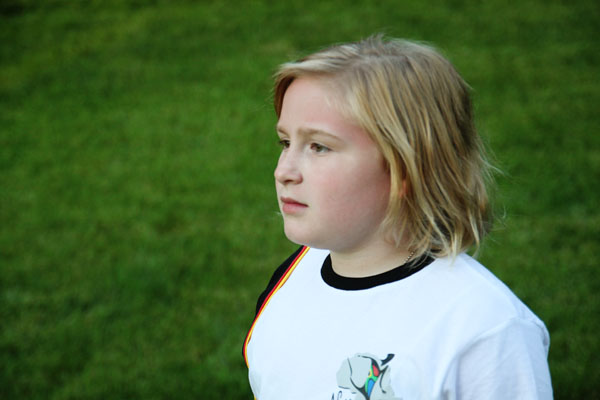 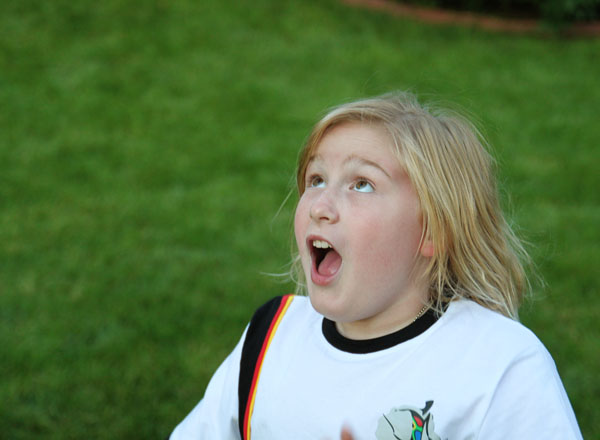 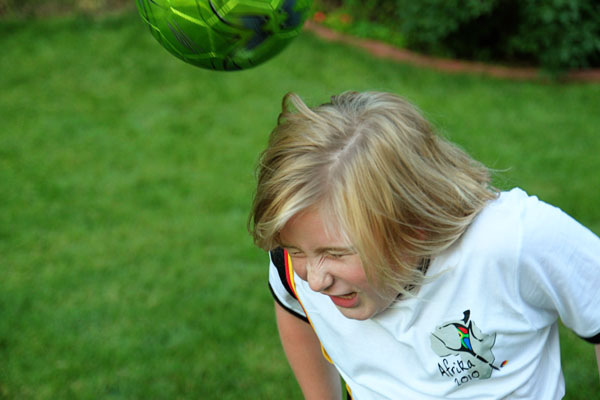 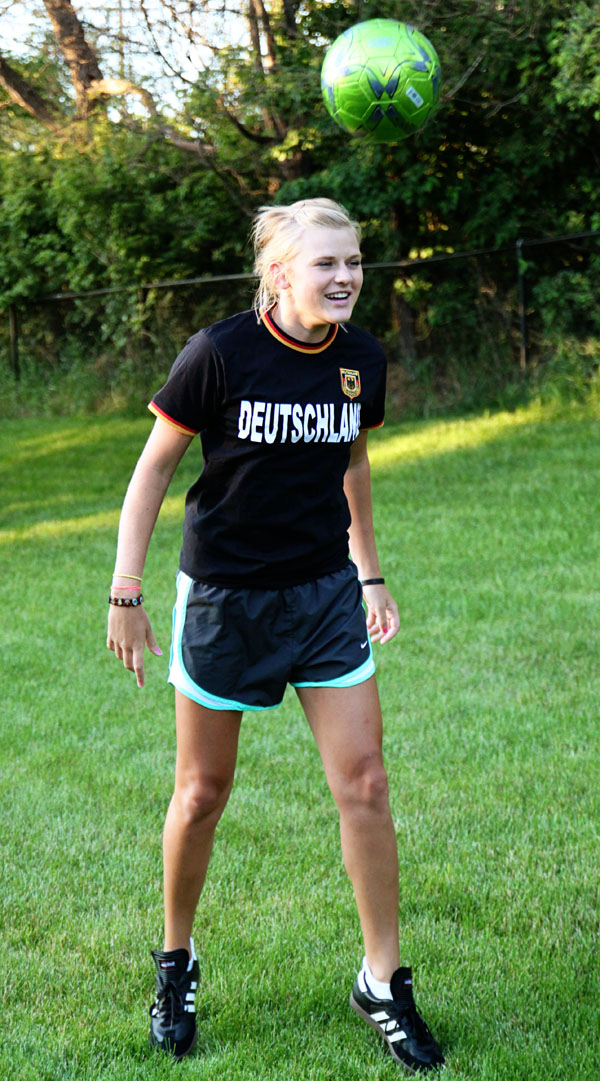 And the crowd goes wild, as the ball is passed to the player-with-no-number, Mike Stewart! 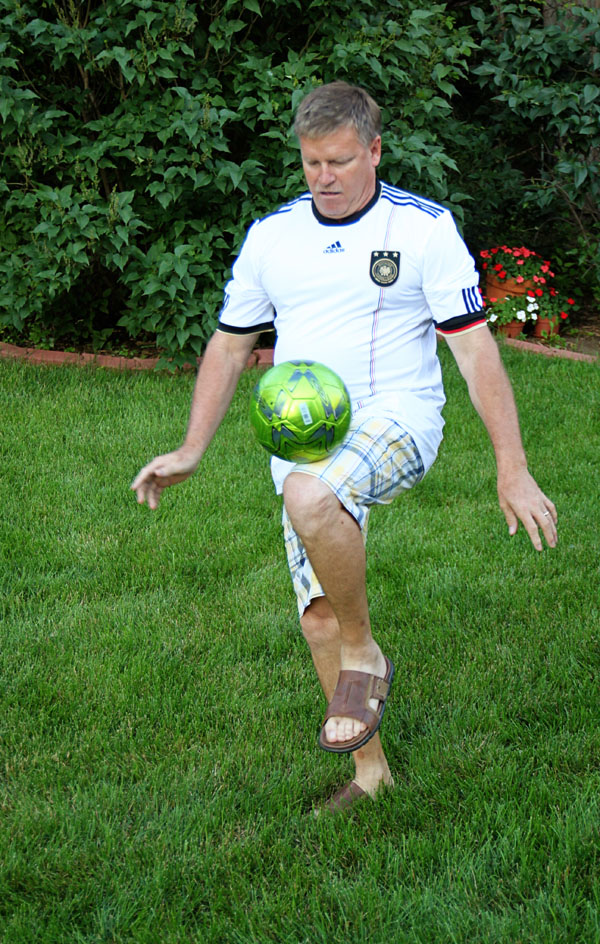 By the way, when Bean was shopping for an official jersey for her dad, she couldn't seem to find any with the player numbers or names on them, which is what she was searching for. After all, isn't that what we Americans do when we choose our favorite athlete's name and number? Turns out the Europeans find it tacky to wear a professional athlete's team member information on their clothing, which came as quite a surprise to Sabrina – and the rest of us! I can imagine the look on her German sister Julia's face when Sabrina announced that all the jerseys were oddly blank!

Sabrina, you're a sweet girl for bringing back such cool souvenirs for your family. (I got some amazing ones myself – including a set of cookie cutters in the shapes of ampelmann, which I found to be the most unique, fun gift I've ever received!) 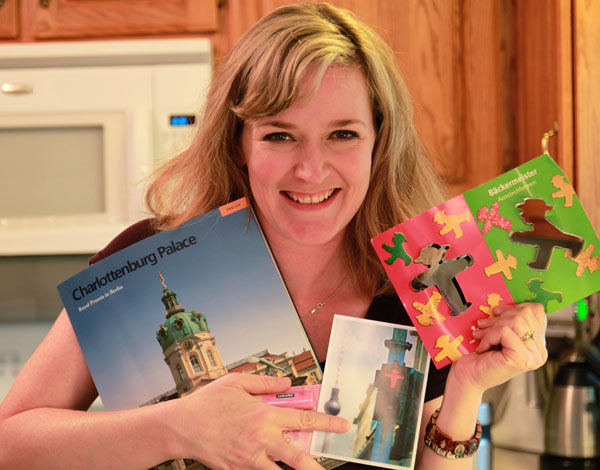 Maybe next time you could bring your dad back some cleats or something. 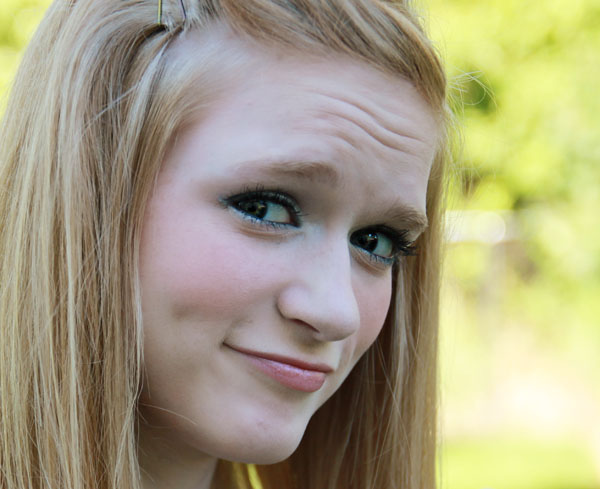