Earlier this month, I released the first of a series called Noah's Christmas Ark. (Please go backwards a few posts to see all the information on the whole series, as well as the details for if you'd prefer to stitch all twelve blocks on one piece of linen.) I don't know that I'll actually stop at twelve blocks for sure, but at least for 2018 that's what is lined up. My friend Pat Ryan is stitching all of them for me as individual ornaments, and at the same time, she's stitching them all on one piece of linen for the shop. I can't wait to see it when it's finished! 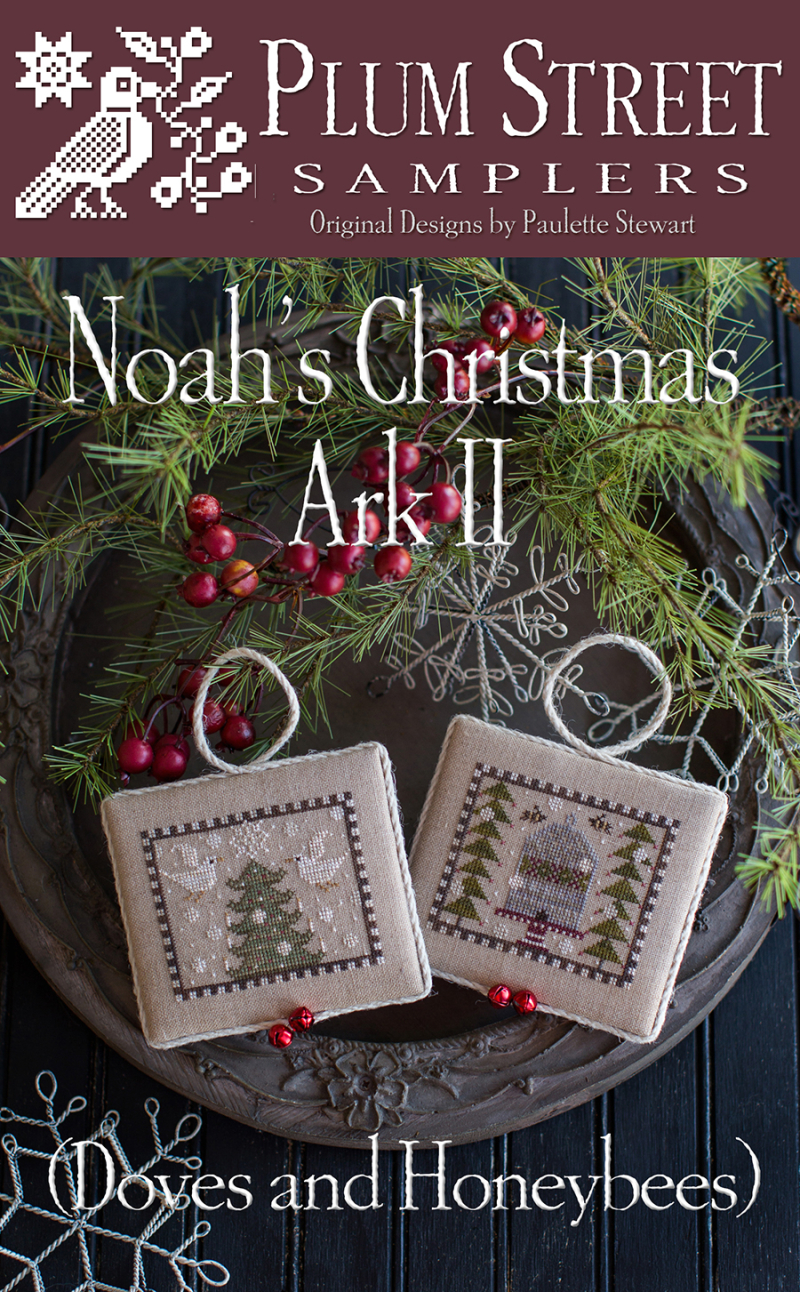 These charts are cross stitched over two linen threads, and you will back-stitch the honeybees' legs and stingers.

The finishing was done by Joy Hayward of Finely Finished, and as I mentioned above, Pat Ryan stitched the models! :)  (It takes a village to get models done…or at least some very helpful friends!) 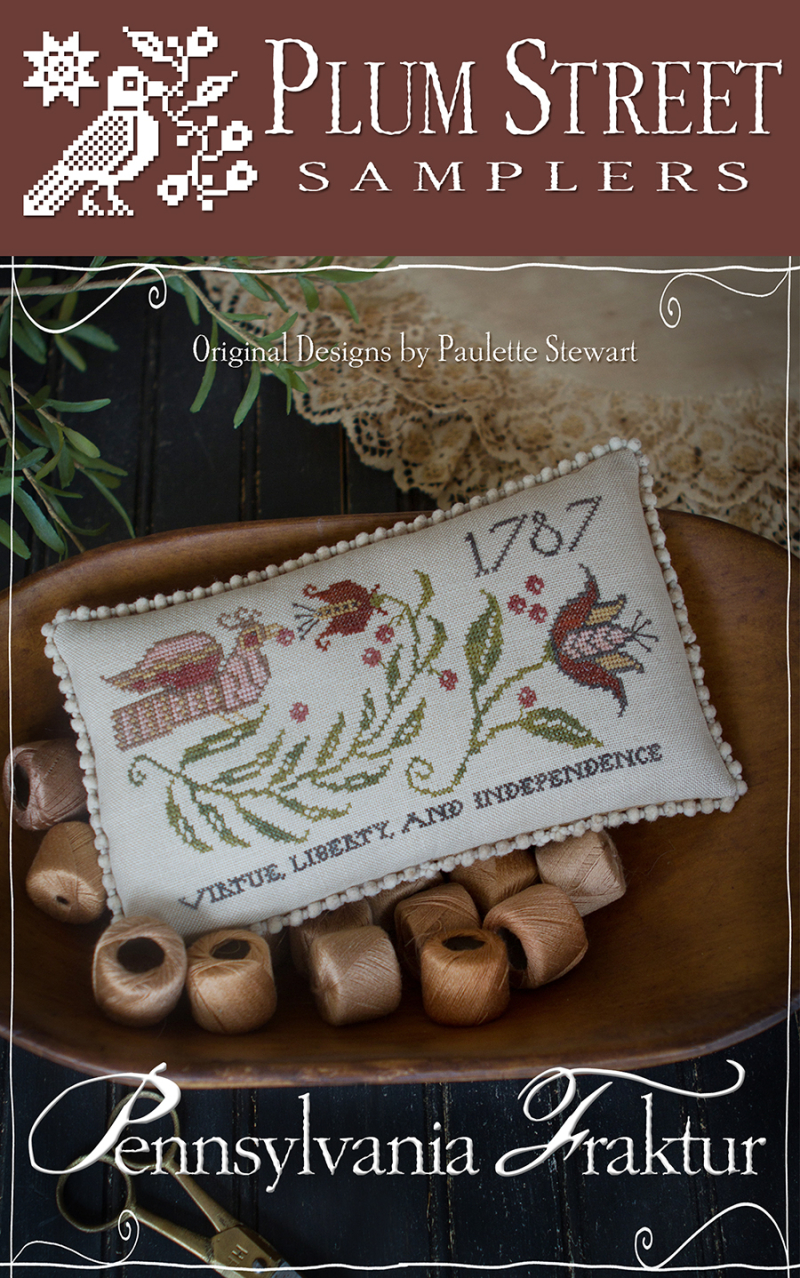 Stitches used in this design are cross stitch over two linen threads; the motto on the bottom is stitched over one linen threads, and the flower stamens are long-stitched.

(This chart was originally released as a club piece for The Colonial Gathering club.) 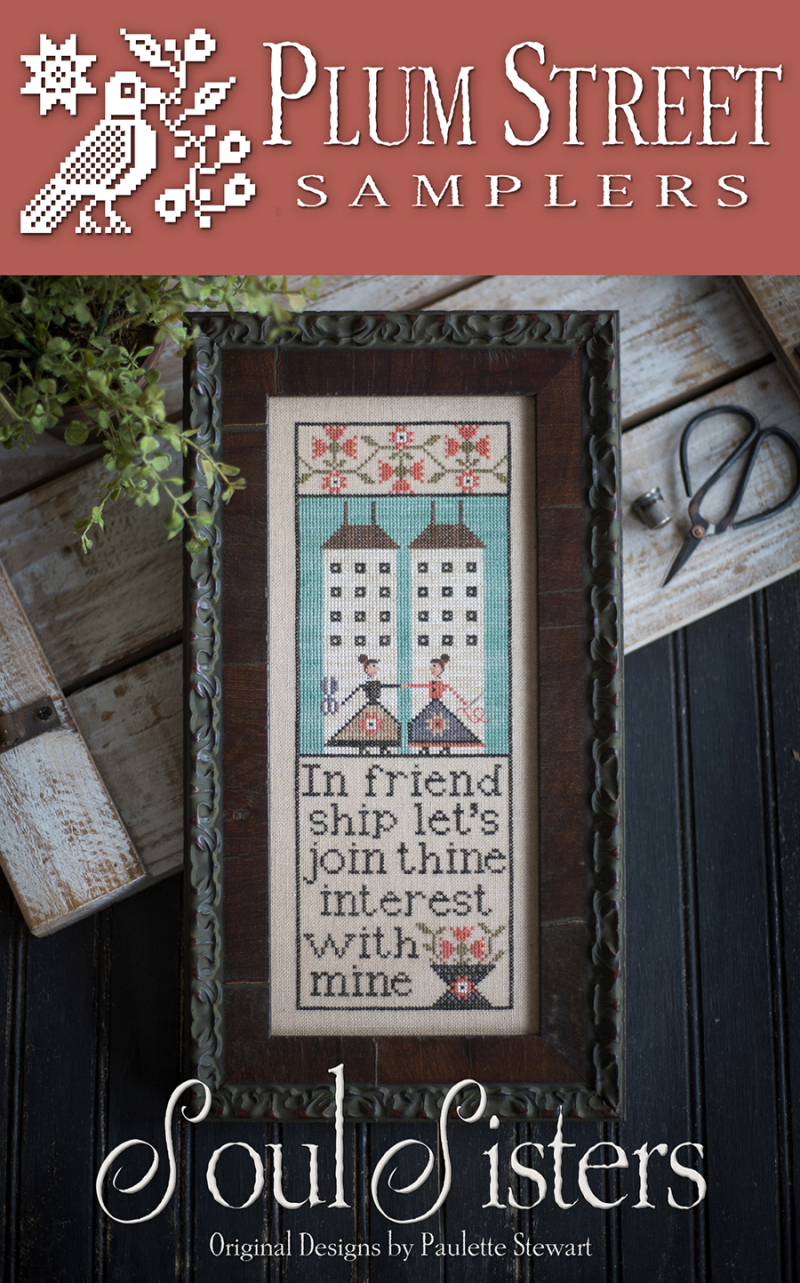 The frame is by Sherri Berkman of Total Framing in Fairfax, Virginia, and Pat Ryan came to the rescue again on the model!

(This design is a companion to A Hundred Ways, released earlier this month, and was originally released as an extra chart for the Dyeing to Stitch retreat in the fall of 2017.) 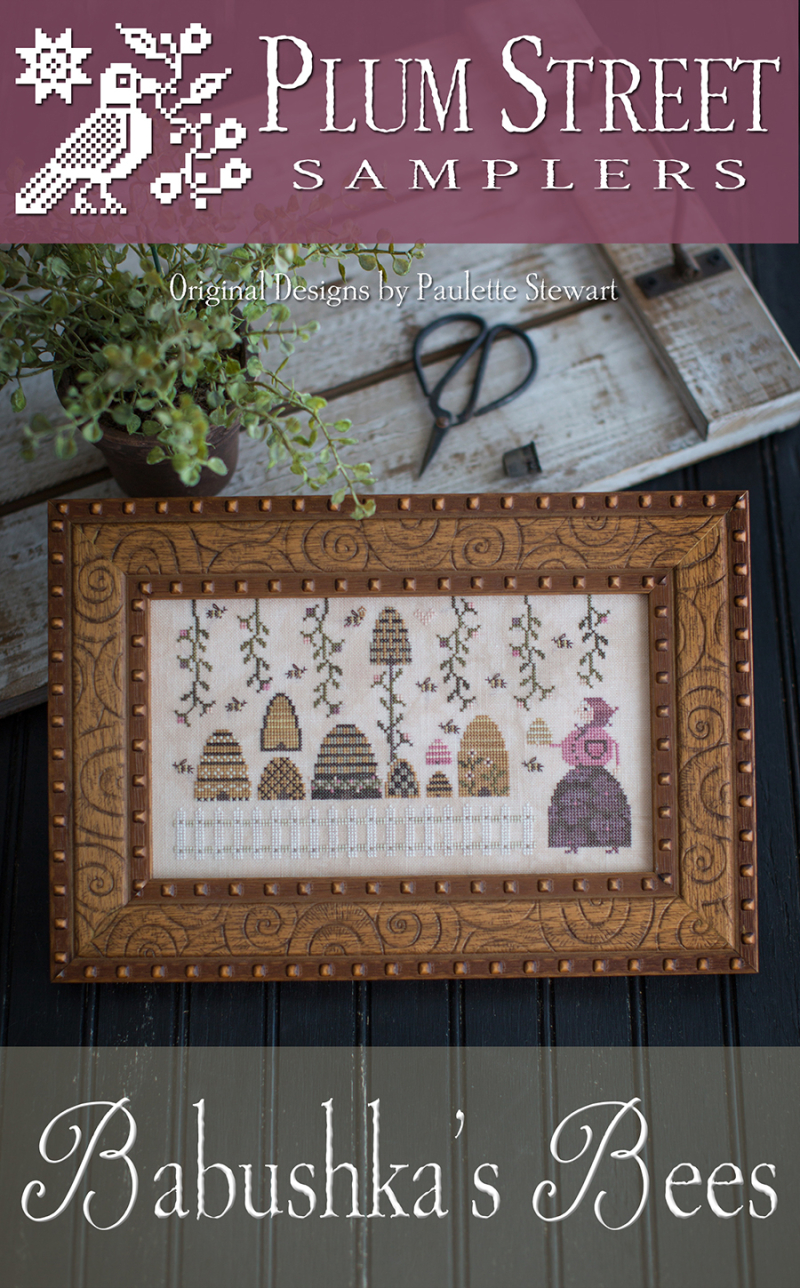 This design is stitched in cross stitch over two linen threads, and a tiny bit of over-one stitching on the queen bee's shoes and crown. There is also some long-stitching on the bees' wings, legs, and stingers, and a back-stitch for Babushka's lips.

The frame (love this moulding!) is by Sherri Berkman of Total Framing in Fairfax, Virginia, and the model was stitched by Deborah Bixby!

And that's a wrap!

On deck for the near future is Noah's Christmas Ark III, and I honestly have no idea what else. I'm working on it though!

Thank you again for stopping by my blog… I know in this fast-paced, instant world we live in, it's hard to settle down to read a blog post, but I do so appreciate your taking the time to do so. It means so much to me! My blog, though mostly neglected in the past few years, has always been a place for me to settle in and feel like I'm really talking to friends. So I am grateful to you.