All through the eighth grade, Sophie dreamed of the ninth grade: the new friends, the new teachers, the dances and football games, and that awesome feeling of finally arriving. The first day of school came, and she and her friend nervously walked up the long courtyard and into the front entrance, hauling their brand new backpacks and school supplies, probably trying really hard not to smile too broadly and risk looking uncool on their first day as freshman. (It was uncool enough that the moms were all waiting in their cars to see if their babies made it into the building, and didn't get bumped on the way by one of those huge upper classmen.)

In the few weeks since school has started, I've heard no less than 1,072 times these words: "I'm not in the mood for school today."

Ah, so the novelty wore off, and the new beginning was suddenly old routine.

Last weekend, however, the homecoming football game and dance finally made their appearance on the calendar, and all was well again. If Sophie had been dreaming happily of her first day of high school, then she was positively enraptured by her first homecoming dance. 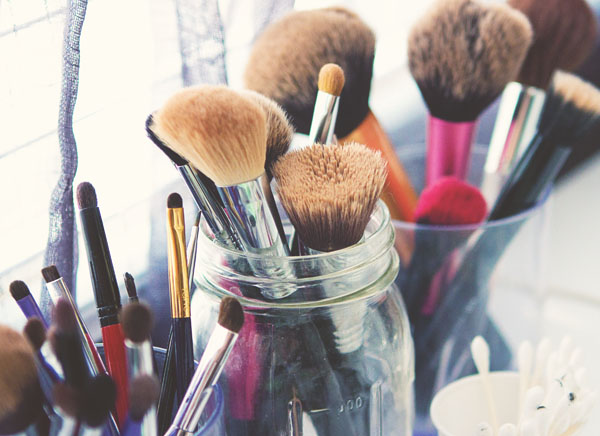 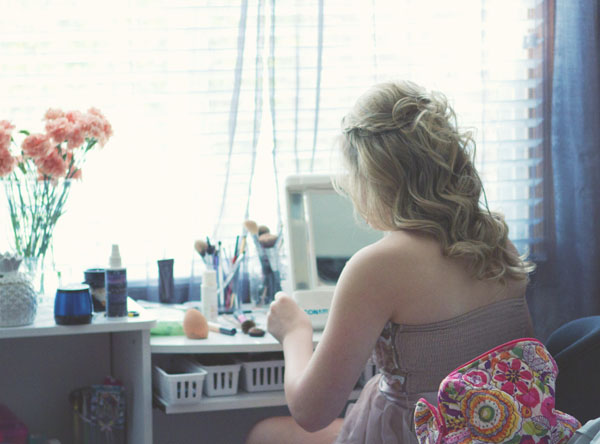 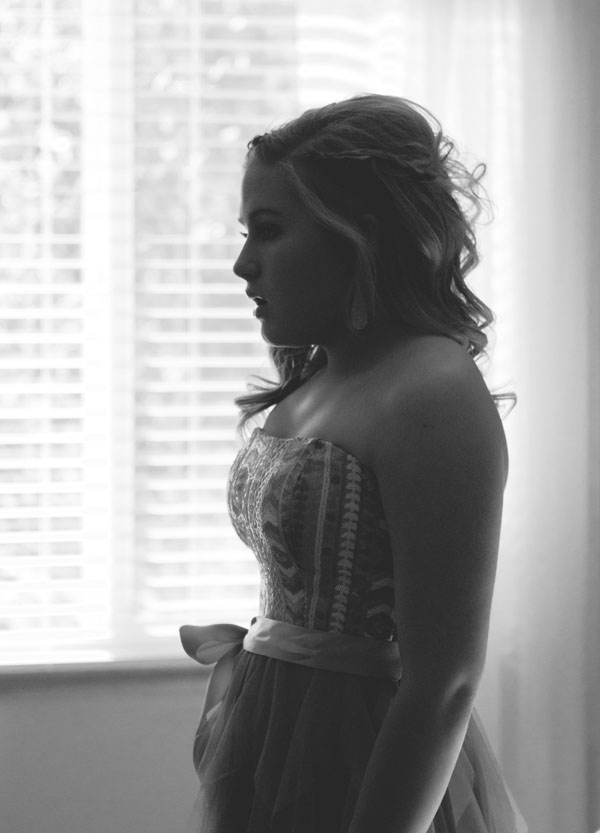 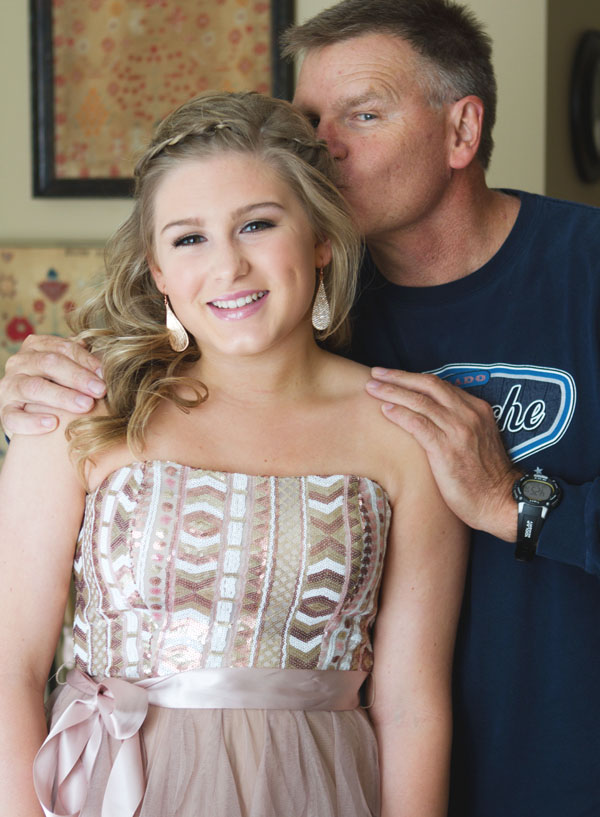 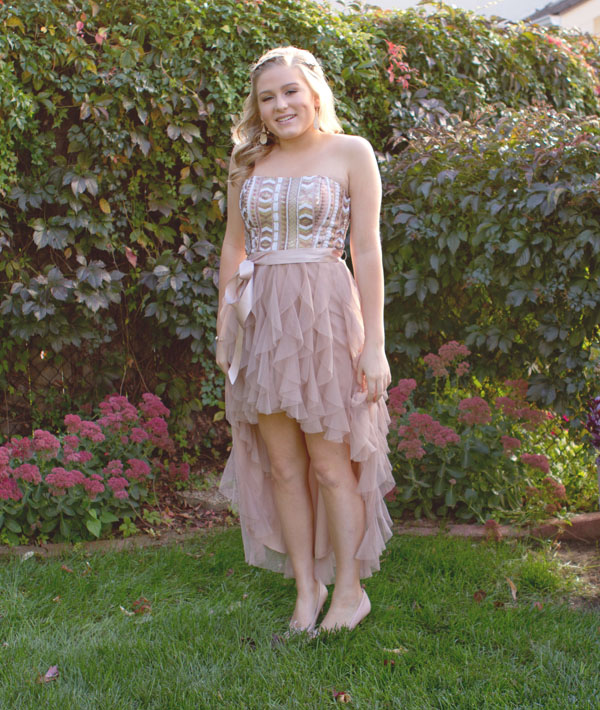 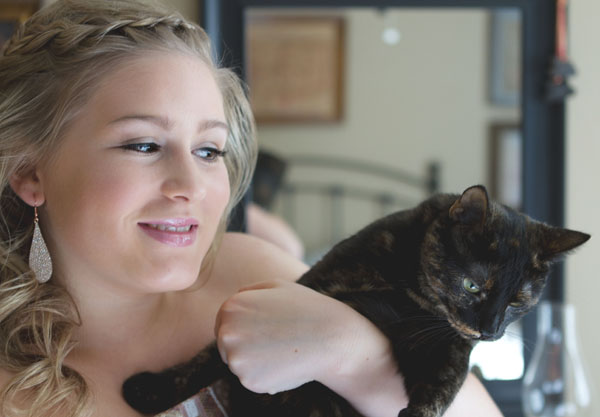 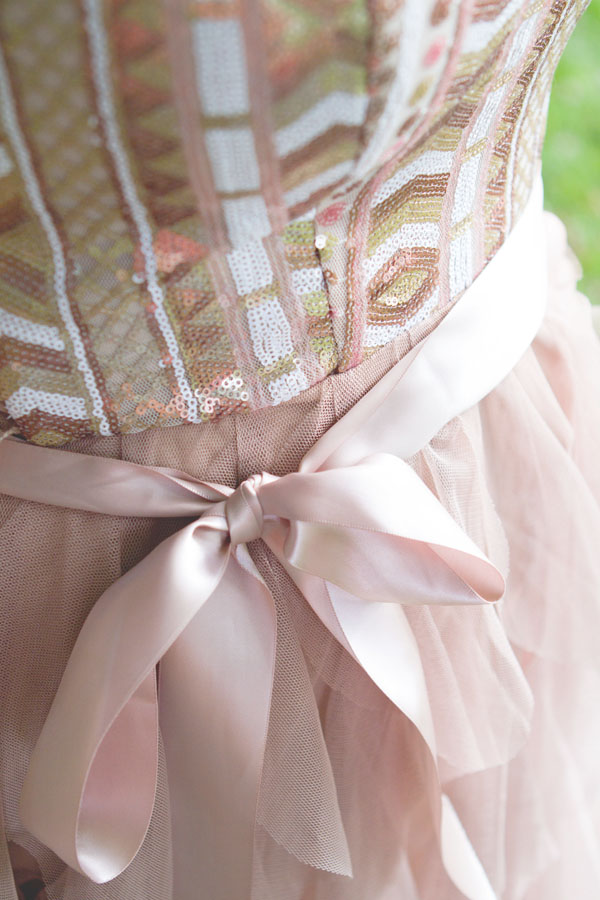 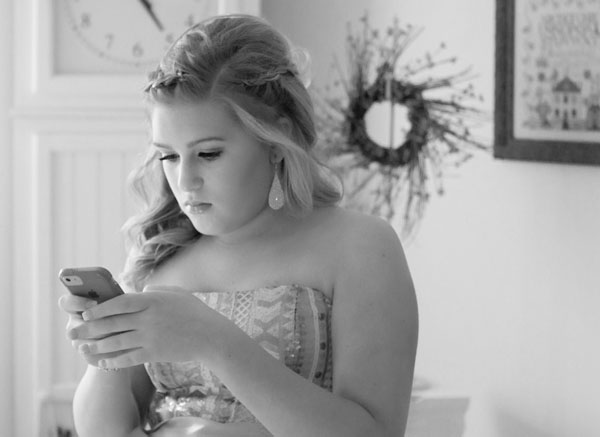 I can never resist a flower-sniffing photo that makes no sense whatsoever, given that these blooms have no fragrance, and I don't know of any 14-year-olds that will stop and smell the zinnias. This is probably my very favorite picture of Sophie, because she had just gotten a text message from a boy, telling her that the homecoming dress selfie she posted looked pretty. 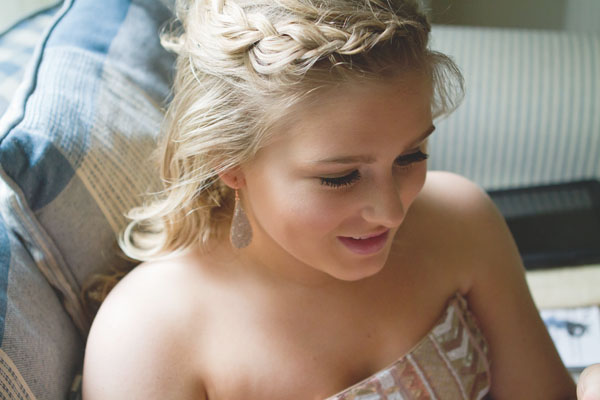 Her exact words, after reading the text, were "Awww!" 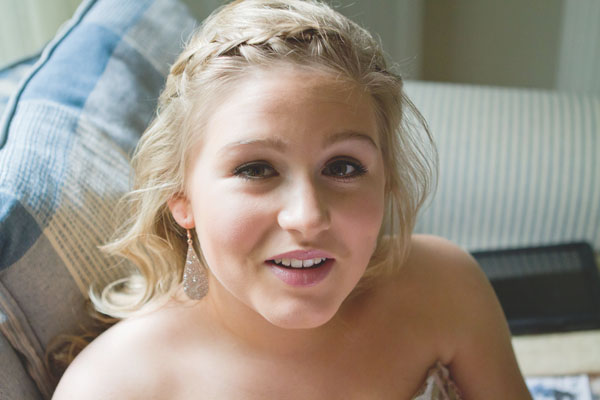 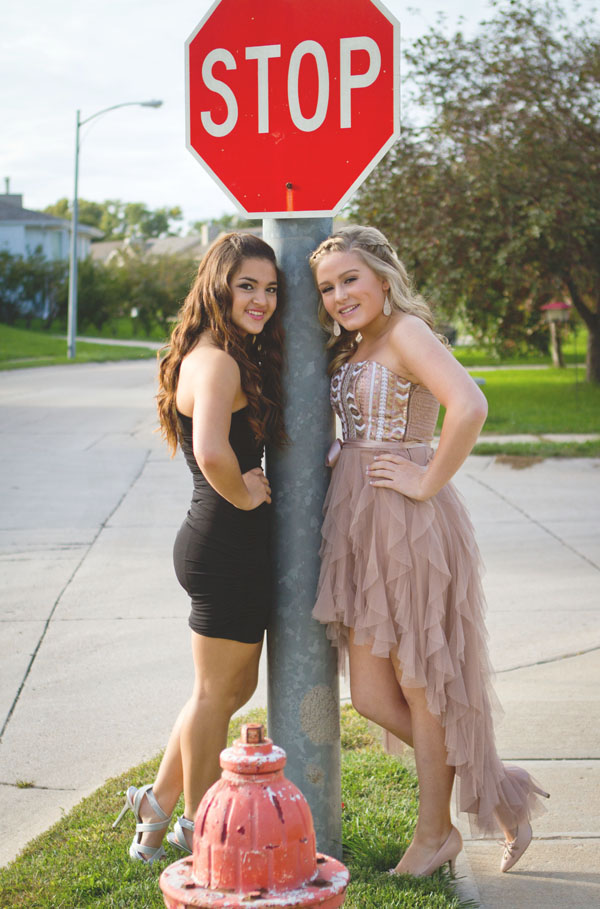 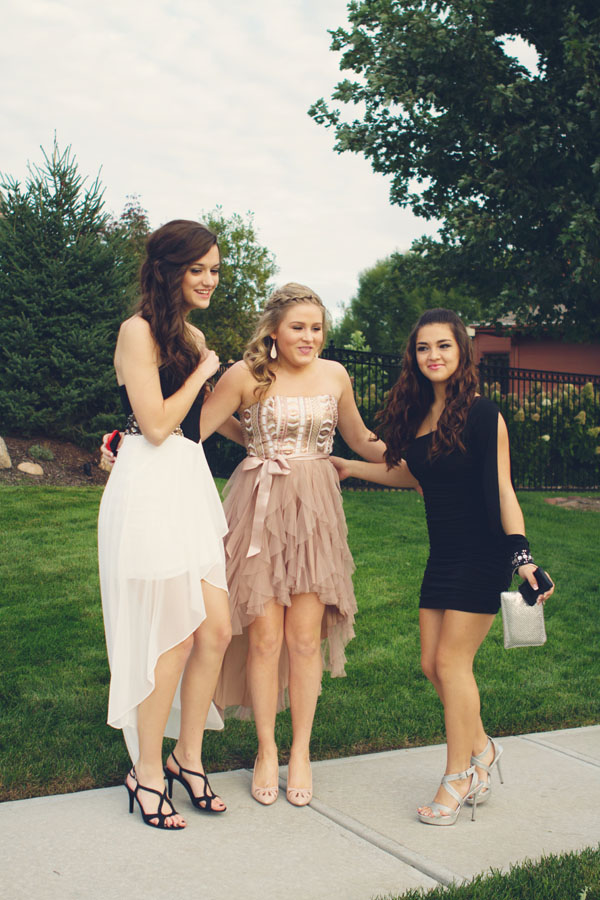 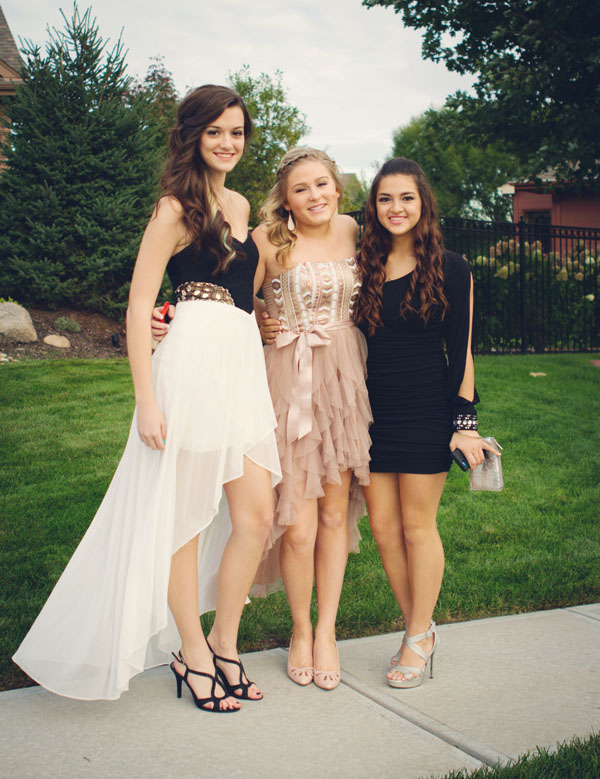 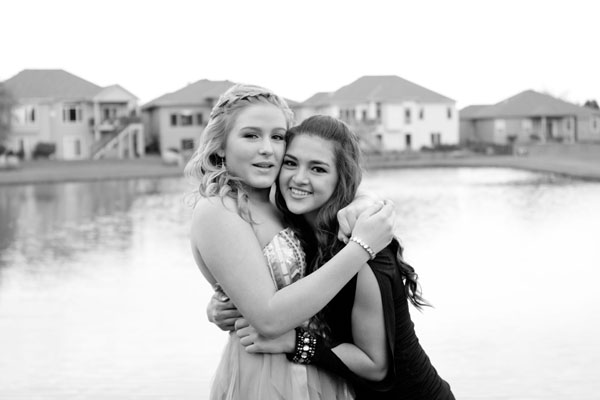 Oh, to know what those girls were looking at! A text? A cute picture? 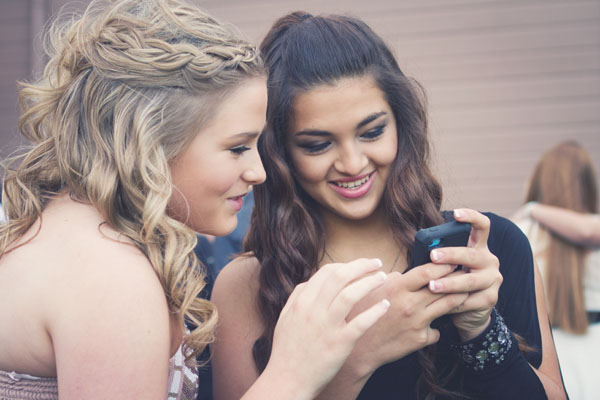 When I picked up the girls at precisely 11 pm, they were full of chatter about the evening. I asked if anyone had on the same dresses they did, and Sophie said that two other girls had on her dress, while her friend said "About forty-five girls had on mine!" (I love this age.)

Later on, I asked Sophie if the evening – from getting ready to coming home – was everything she thought it would be, and she said it was. And she was free to smile as broadly as she wanted to. 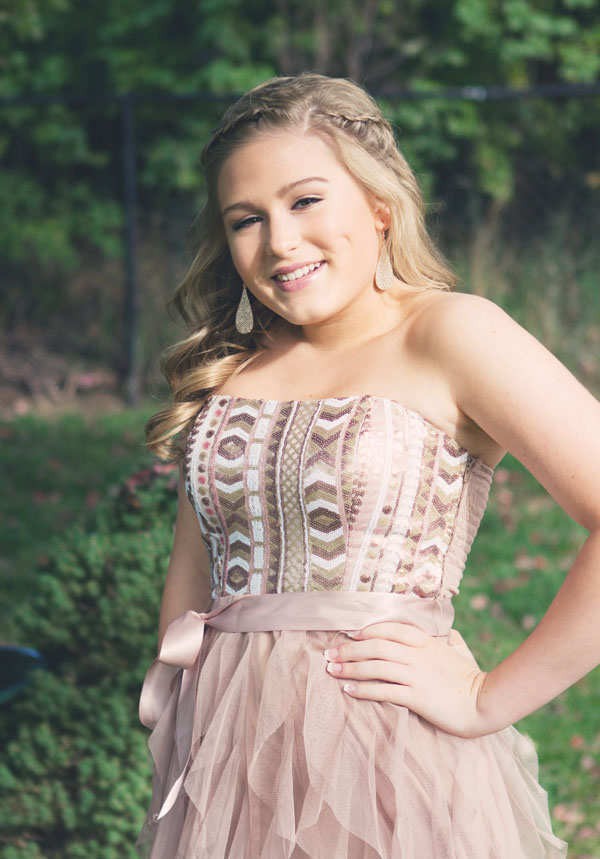