I love age 12. It's so dramatic and fun and confusing and full of admonishments to Big Papa to "just let her cry. You won't be able to figure it out anyway."

My little Joonie turned 13 this month, and if her big sisters are anything to go by, this age will be just as crazy as the last. And Big Papa will still be scratching his head. 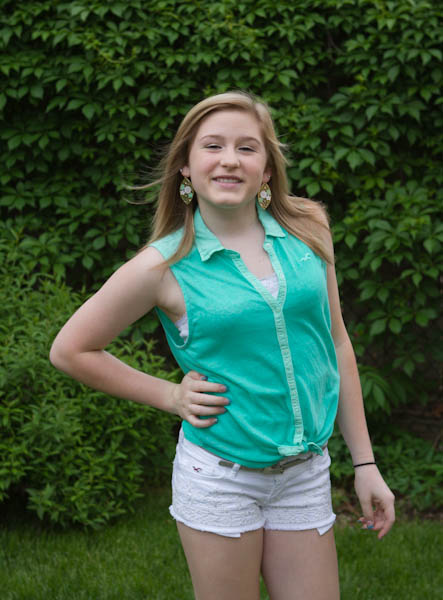 Sophie's birthday party pretty much lasted the whole week! We had a lot of fun with her, and we wanted to make it extra special because she has never asked for a birthday party. I've offered every year, but she has always preferred a quiet family barbeque instead. So this year, when she actually said she'd like to invite a few friends over to celebrate, we happily obliged.

Earlier that week, Sabrina surprised Sophie by coming to town to decorate the dining room in typical birthday fashion: lots of streamers and balloons and glitzy stars and birthday stickers all over the table covering. Soph was quite surprised when she came home from school that day, because she thought Sabrina was going to have to miss her birthday, but Sabrina told her that after the huge bash Sophie organized for her last year (Sophie loves to plan parties), there was no way she would miss the opportunity to return the favor. Sophie was thrilled! 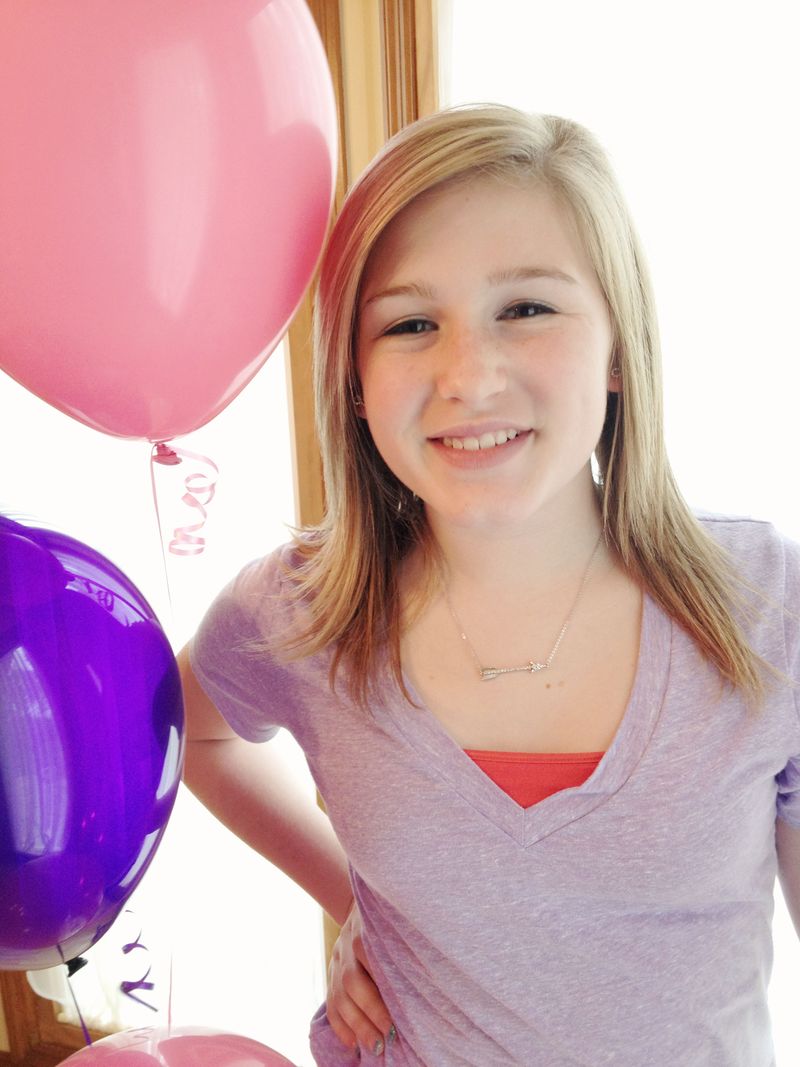 That evening we had our family barbeque, and Soph requested Strawberry Pretzel Jell-O Stuff instead of a birthday cake. (By the way, most of the photos in this post were taken with my phone, so you'll have to pardon the quality!) 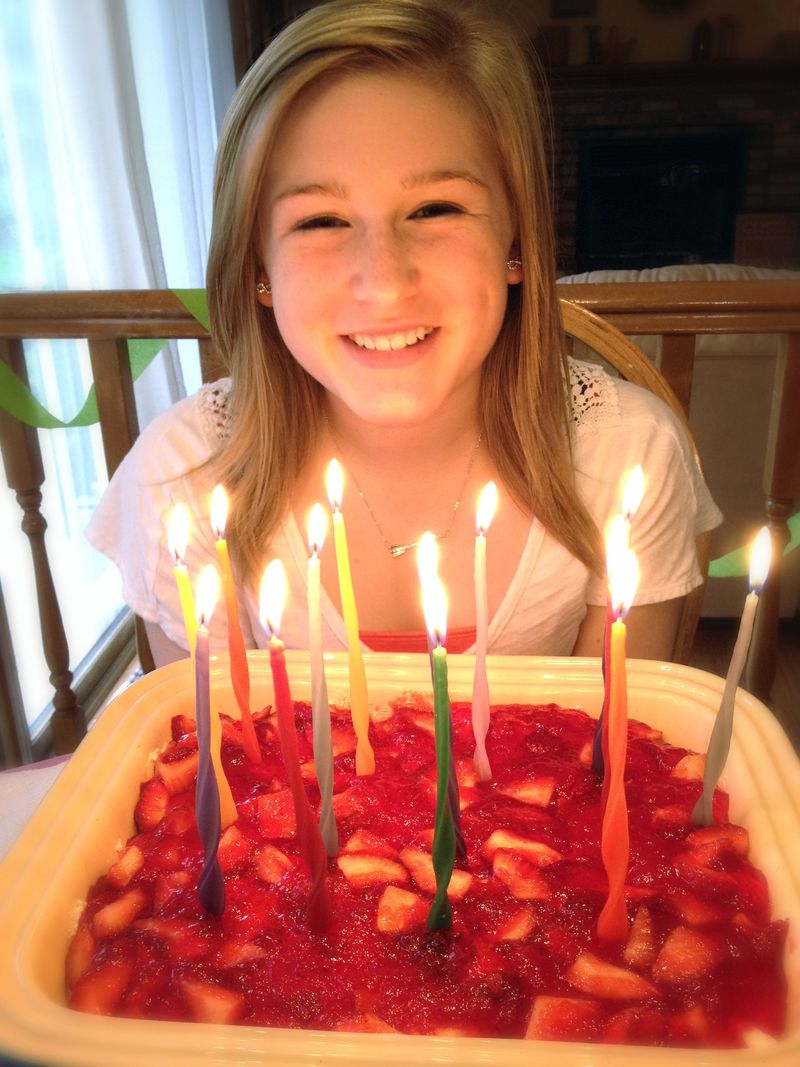 (I hope she always loves blowing out birthday candles.)

Even earlier that week, we told Sophie that we had a surprise for her. Since she's a huge huge huge fan of musical theater, we decided to take her downtown to see the musical The Addams Family. We knew Sophie was unfamiliar with the tv show, but we also knew she'd get a kick out of going to the play. This was in the car, on the way to the show; Soph still had no idea where we were taking her… 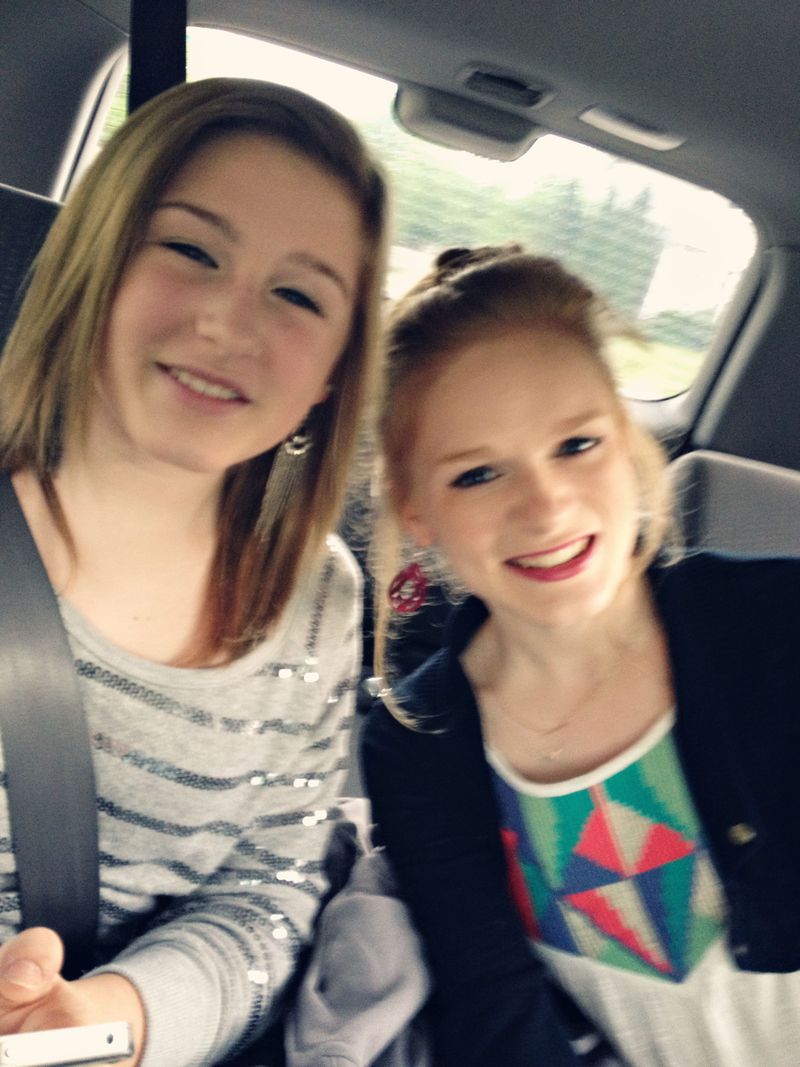 (Again, pardon the blurries in the photos.. I couldn't hold my phone still!)

We arrived downtown and, after eating at another pizza place (we do love our pizza), we headed toward the theater. Sabrina and Mike were walking ahead of Soph and I… 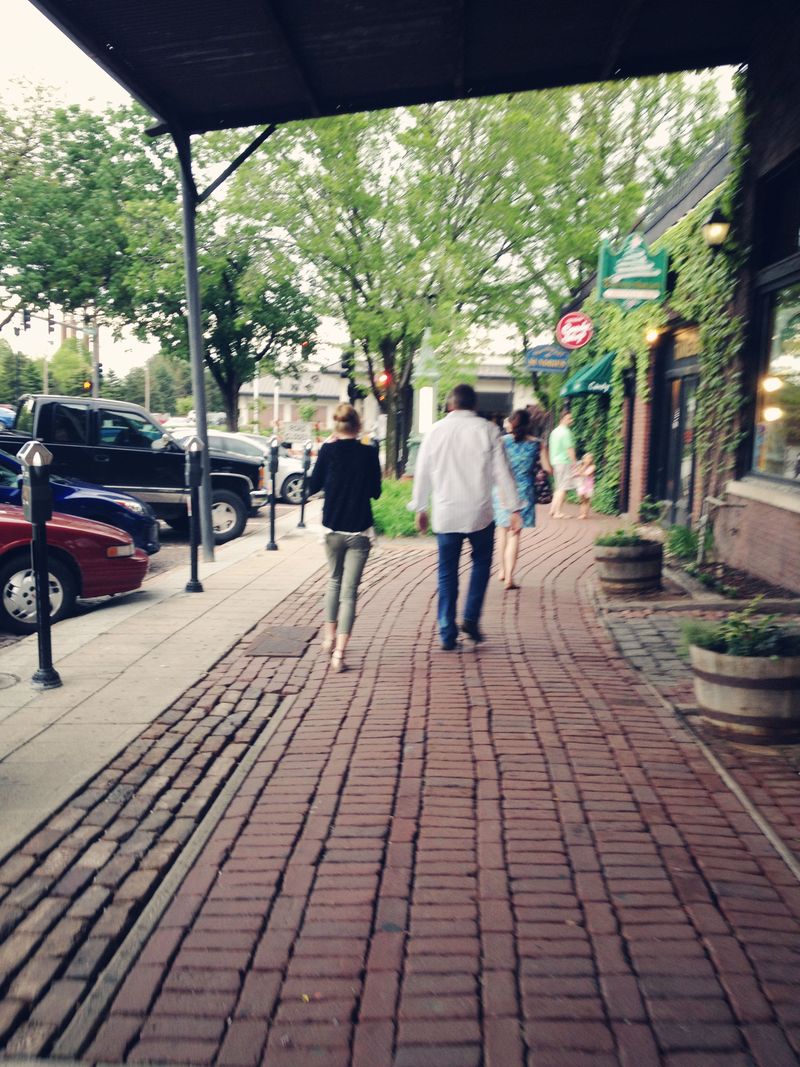 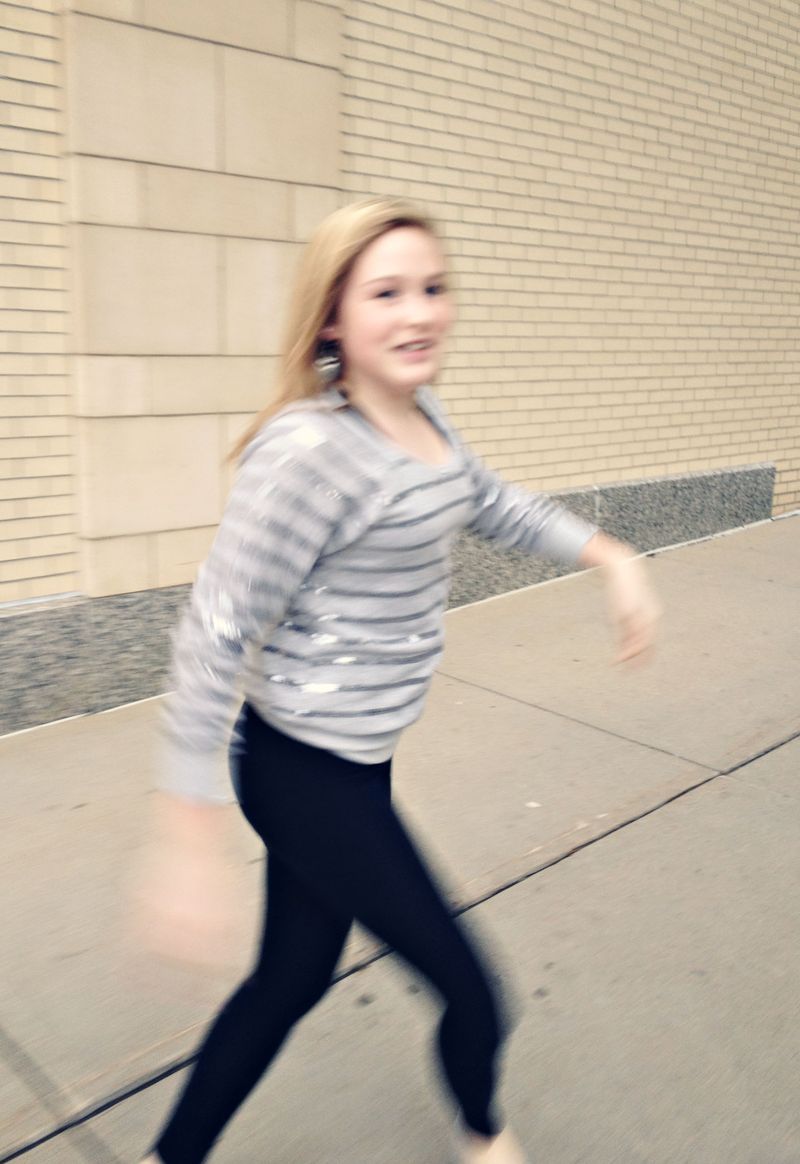 She was so excited! 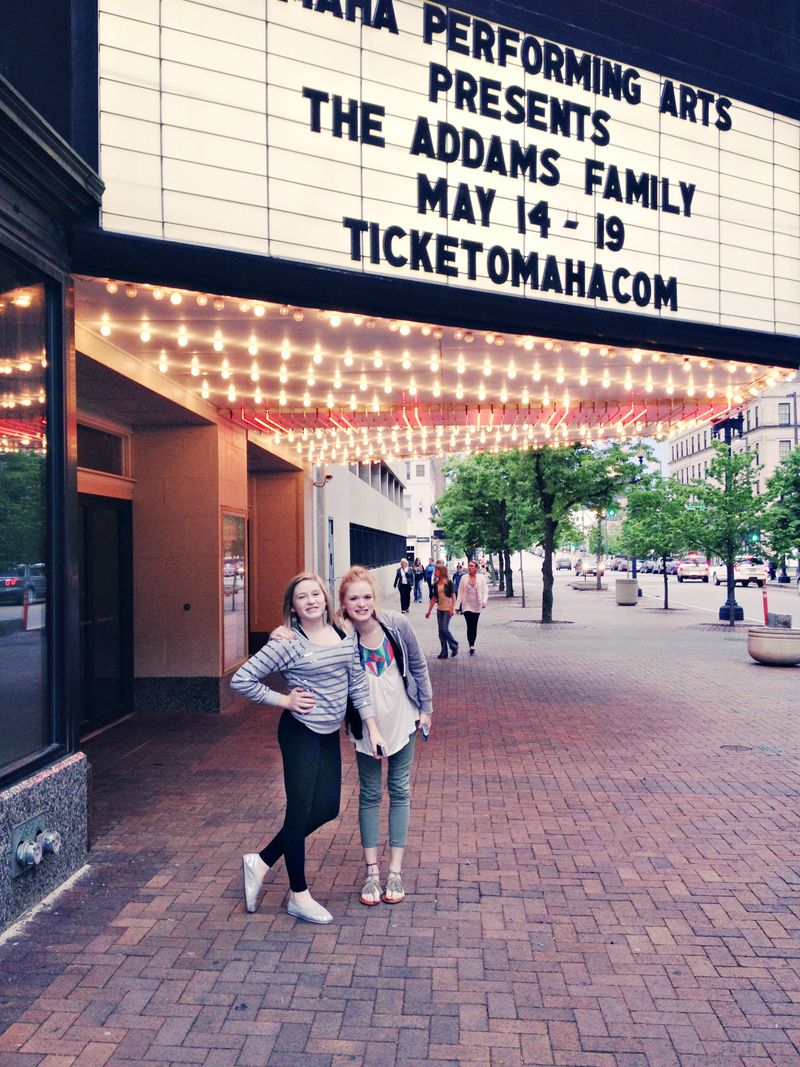 I love this photo… I was walking as I was taking it, obviously, but I couldn't miss grabbing the moment: 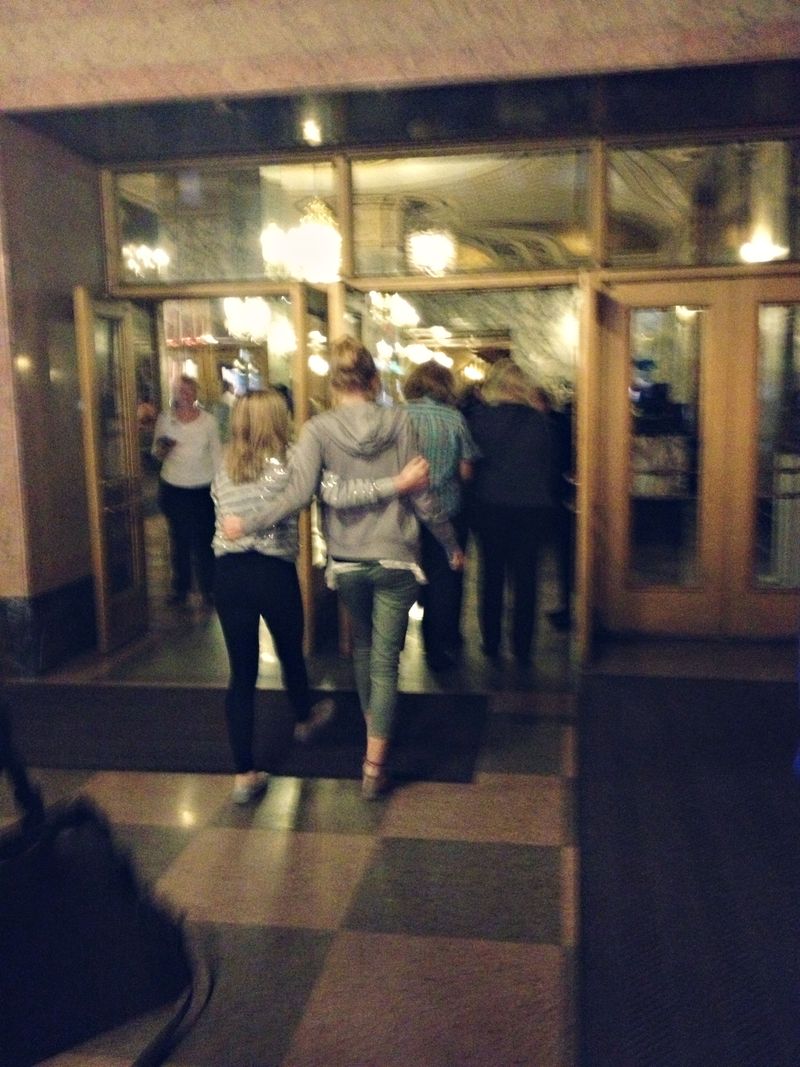 It was such a fun birthday week (for all of us!), but we were sad that Bre couldn't be here with us. She did, however, make the long drive home for Mothers Day (thank you, sweet girl!), and brought Sophie's birthday present with her. Sophie loves the Wanelo app (it's a wish list, similar to Pinterest, but with retail items you long to own), so Bre scoured her wish list and ordered a gorgeous bottle of pink, glittery nail polish for her. But my favorite thing she got Sophie was this amazing, custom-made beach towel! And so my youngest daughter has been ushered into her teen years with lots of love and hugs and kisses and presents from a family that adores her. 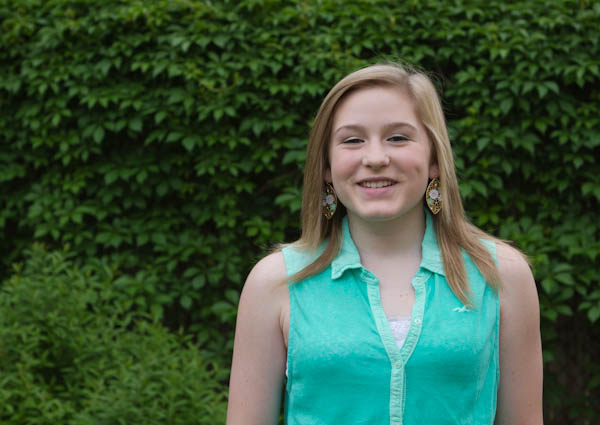