Yesterday I got a completely fur-brained idea that I'd try to get a fall photo of the dogs together, all sitting on my front porch.

This was a complete fiasco.

When I opened the front door and called for them, they immediately obeyed, and the raucus sound of 12 clawed paws stampeding across the kitchen floor was enough to make me want to change my mind and just photograph the quiet pumpkins instead. Nevertheless, I pressed on, willing myself to be patient with the beasts, knowing they were just thrilled to death that I was allowing them out in the front of the house instead of out back.

I let them get some of the wiggles out by running from driveway to driveway, sniffing what they may, and I called them back. They all ran up onto the porch like good little hounds, but that's when the trouble began…

"Friday, sit!" Friday sat, but Tasha jumped up to nip at him bc he was being a brown-noser.

"Tasha, stop!" Tasha stopped, but Missy lunged at her neck, growling like Cujo bc I had spoken to Tasha and not to her.

"Missy, quit!" Missy quit, but Friday got nervous that he was still sitting and hadn't gotten a treat for it, so he got up to sniff at Missy.

"No, Friday, sit!" Friday sat, but Missy again lunged for Tasha's neck, growling like Cujo bc I spoke to Friday instead of to her.

"Missy, that's enough!" Missy looked at me adoringly, but Tasha jumped up and tried to nip Friday bc he was being too compliant and refuses to get in touch with his inner samurai, as she has done.

It was then that I got the idea to get their favorite treats: Wheat Thins. I opened the door to go back inside to fetch them, and all the dogs came running in after me. When I tried to lure them back outside, only one at a time would follow me, darting out onto the porch, but then running back inside, hoping I'd follow them so they could eat their treats inside the house. Back and forth, back and forth we went, trying to convince each other that inside or outside was better, and I finally gave up and decided to just take each of their photos as they'd come to the door.

Mind you, with each photo I'd have to dole out a Wheat Thin, and then the next pooch would take their place… 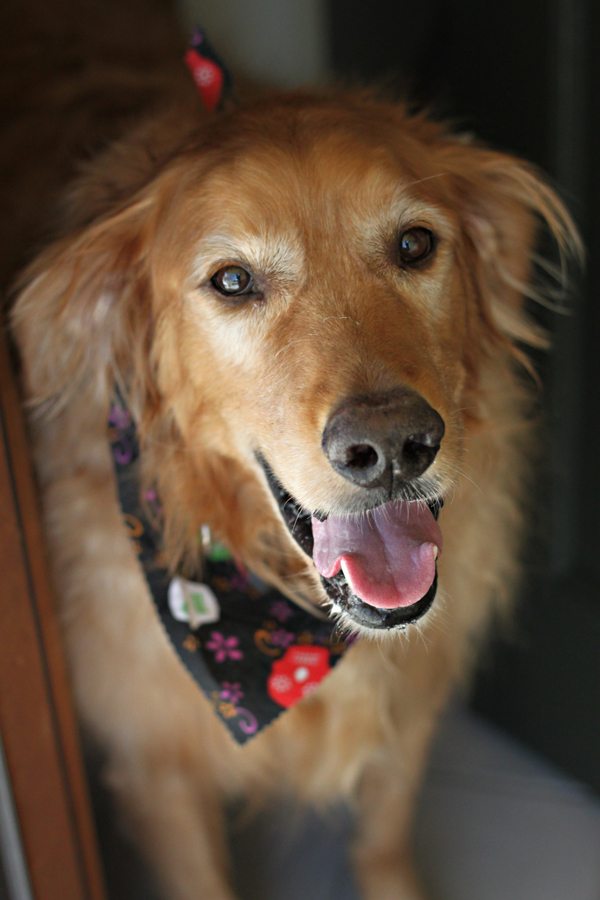 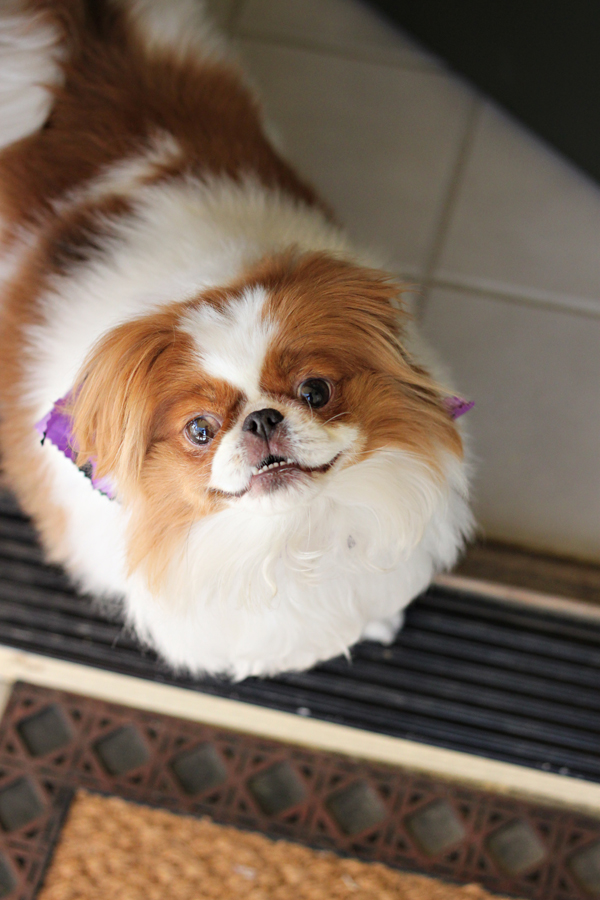 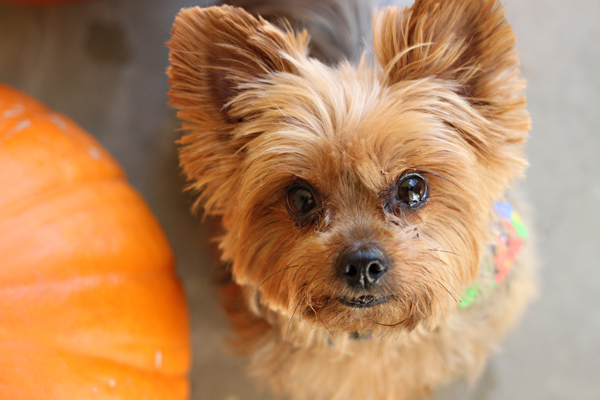 (She would die of embarrassment if she knew her face was that dirty.) The sun was quite bright on one spot of the porch… 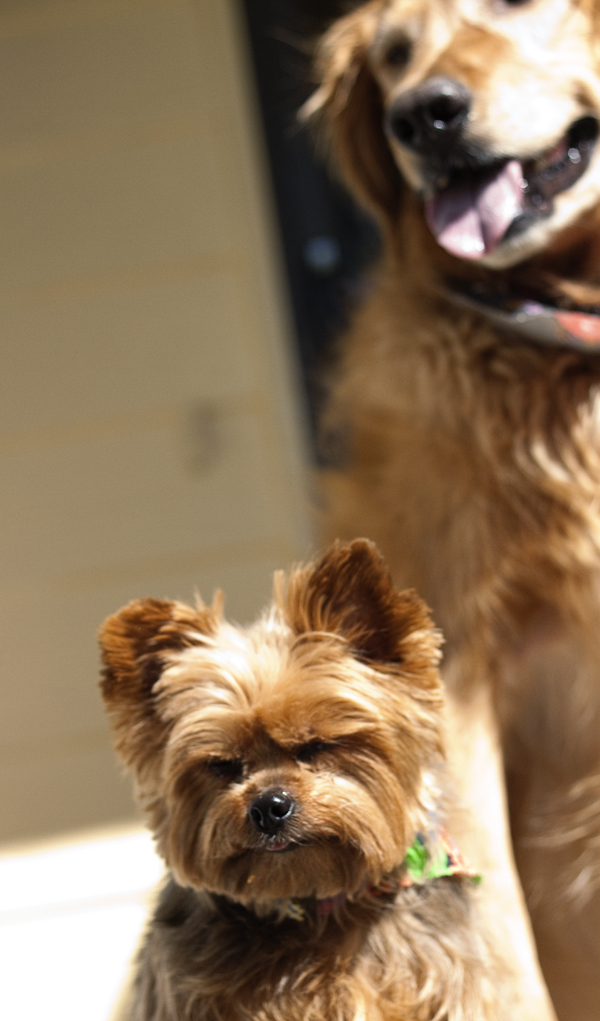 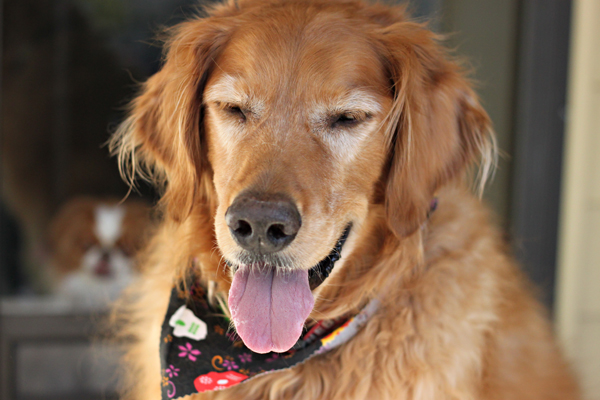 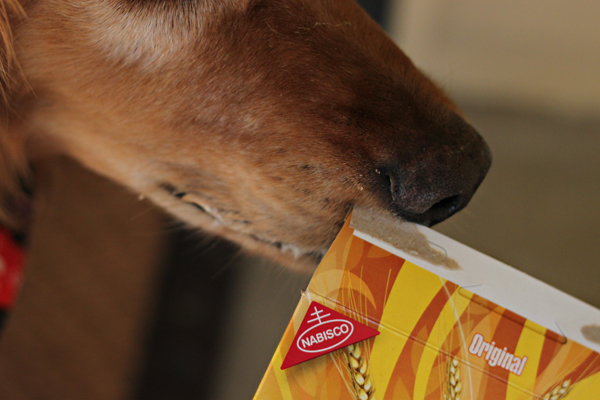 If you haven't already gotten the Boris chart, I'd like to give one away! I'll also include a couple of treats for your pooch! Just leave a comment IN THIS POST, and I'll announce a winner on Saturday.

In the mean time, I'm going to go photograph the quiet pumpkins.