Mike and I cannot express our thanks enough to those of you who supported and encouraged Mike through your comments, emails, and giving. We were overwhelmed by the generosity shown, and thanks to you all, Mike exceeded his financial goal he set for his team – and he completed his very first 10K race! (I think I mentioned before that Mike has never been, nor has he ever wished to be, a runner. However, since he began training just a few short weeks ago, he found that he actually started to like running, and has now set his sights on a half-marathon.)

We arrived downtown early for the check-in, and then it was time to head out into the streets. The day was a drizzly, chilly 53 degrees, but according to the seasoned runners in the group, this made for an excellent day.

Looking past the 2-mile start point, I was shocked at how many people were up ahead! 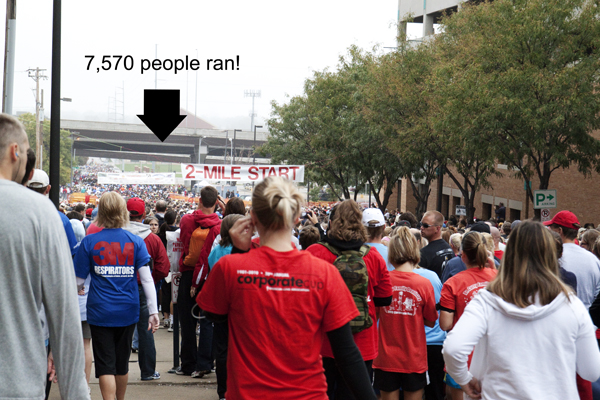 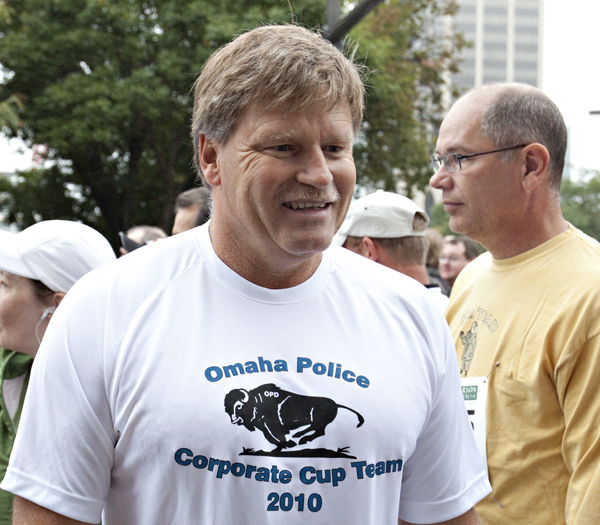 With Sophie cheering him on, it was going to be a great day for a run. 🙂 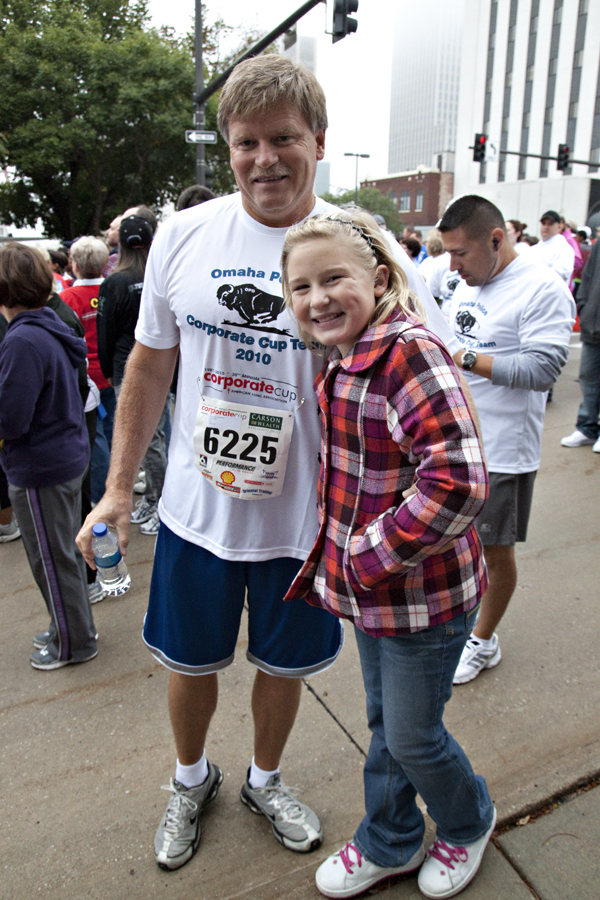 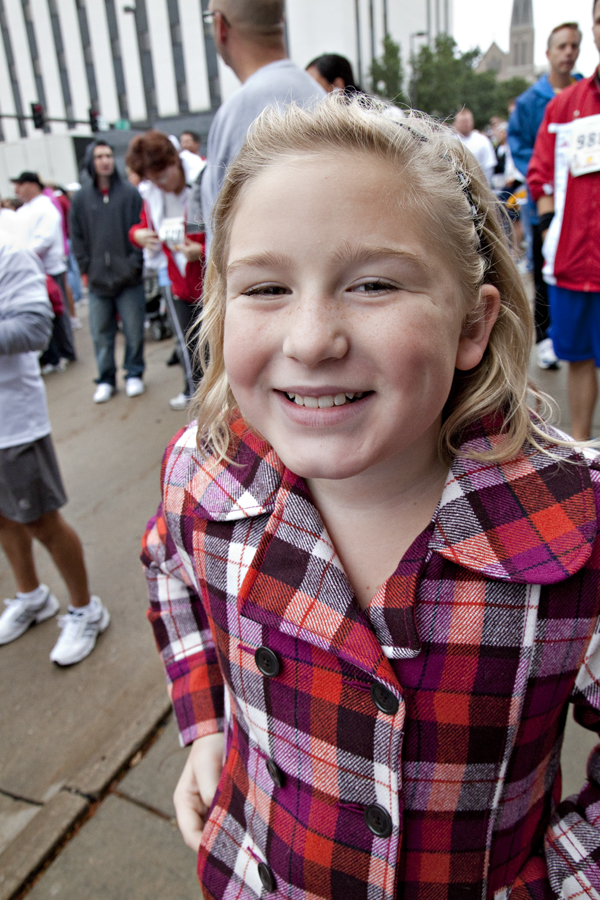 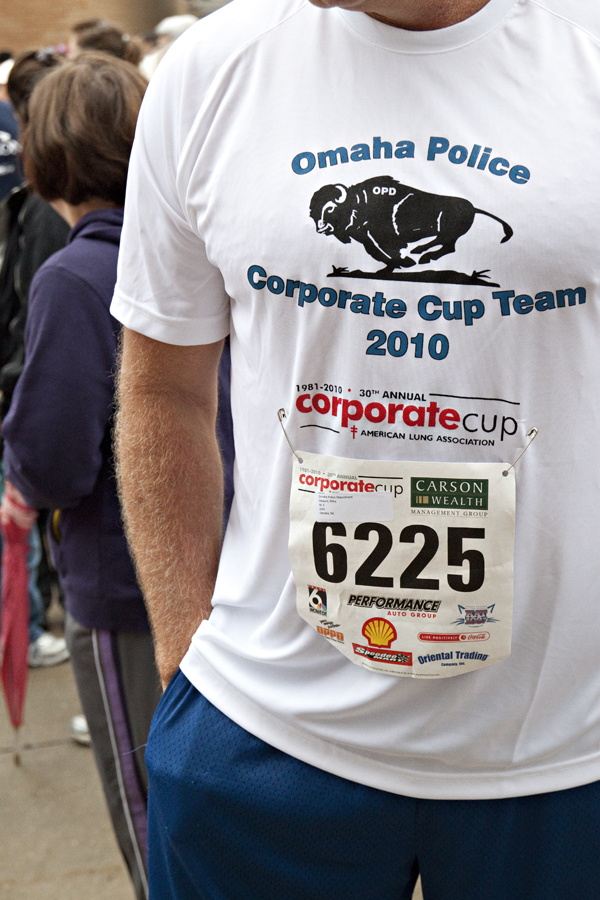 Here was another runner for the OPD, Nick… 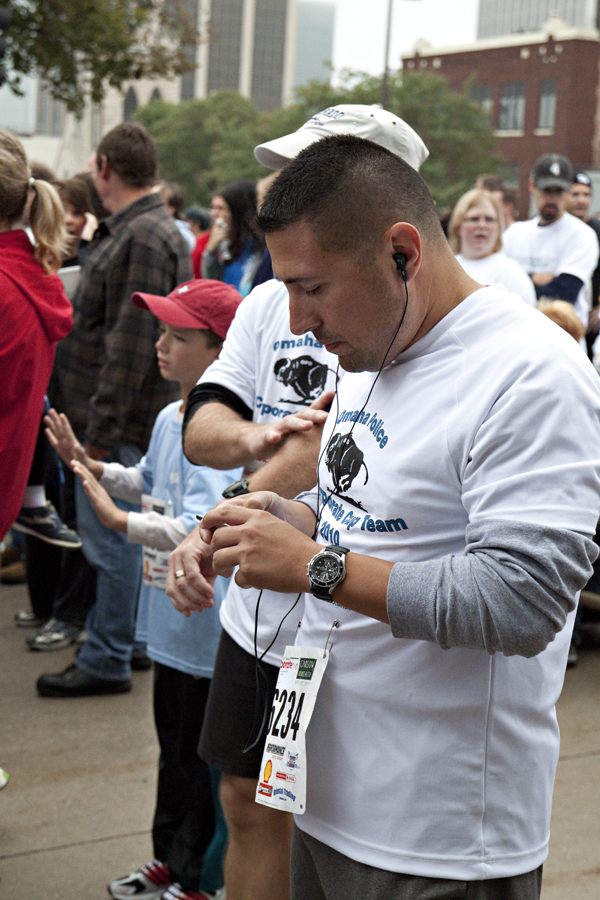 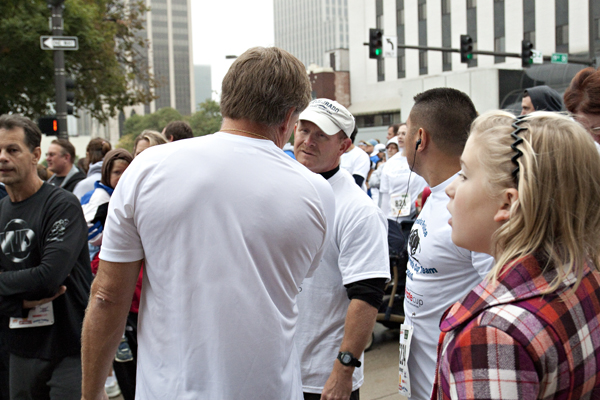 When the loudspeaker called for everyone to get ready,  Mike started his warm-up… 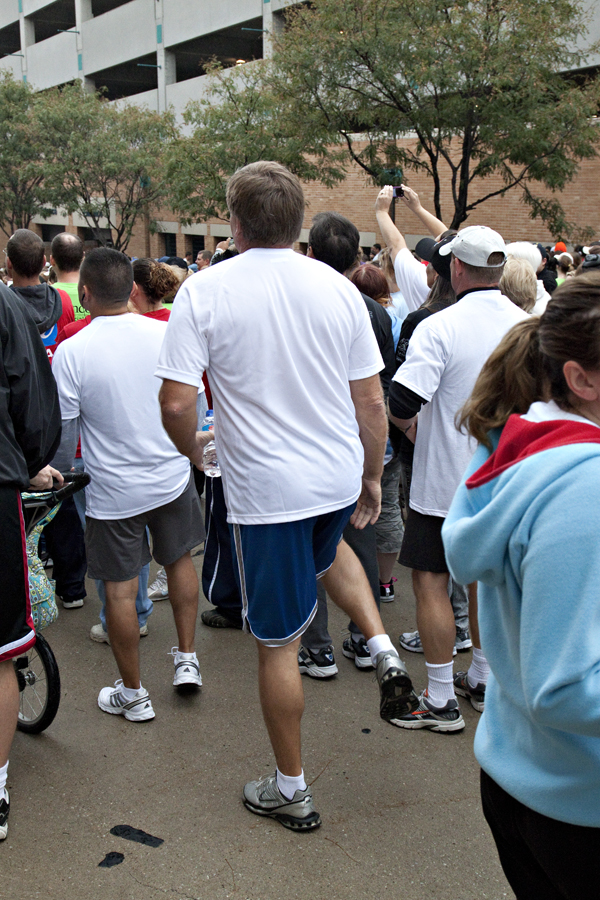 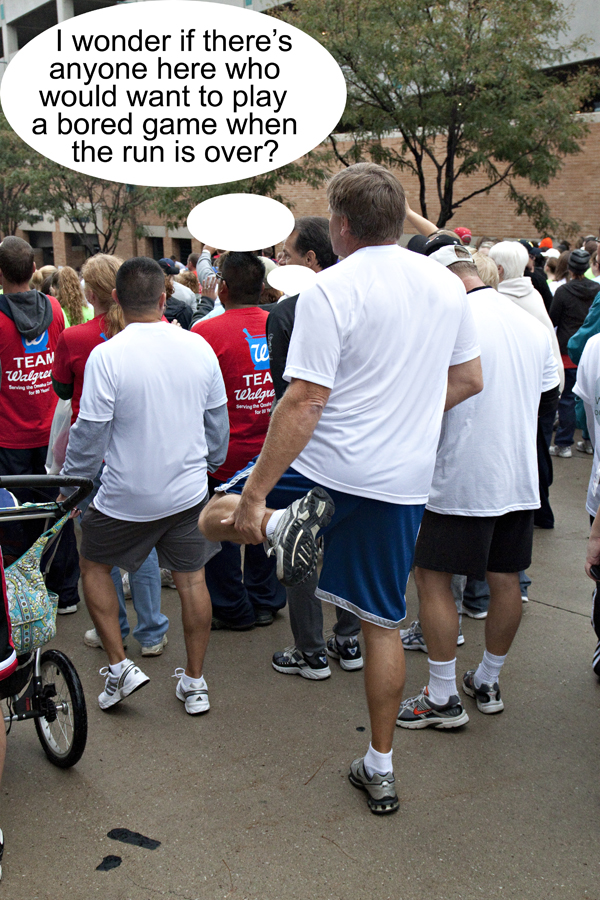 And it's time to go! 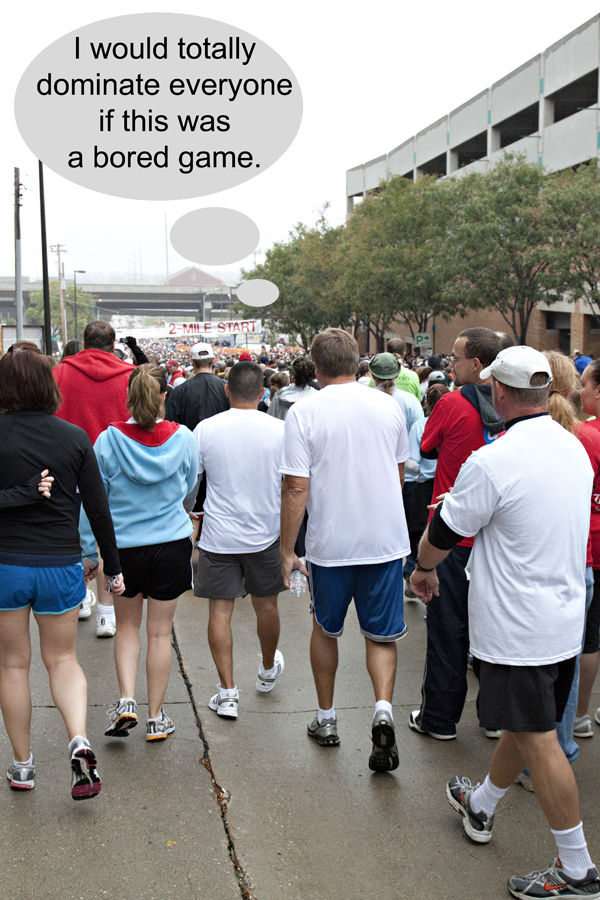 As Soph and I walked to where the finish line was to be, we saw a peculiar sight… 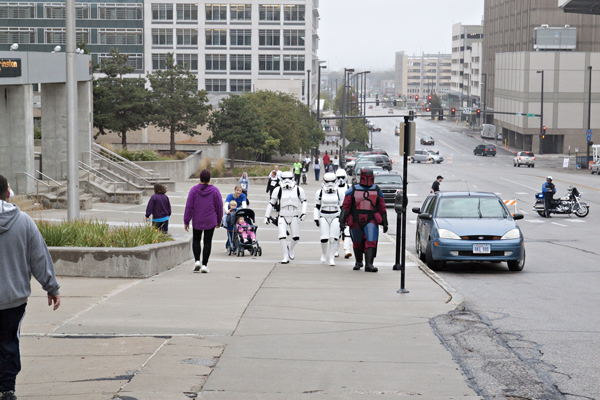 "Who the heck are they?" Sophie asked.

"You are un-American," I replied. 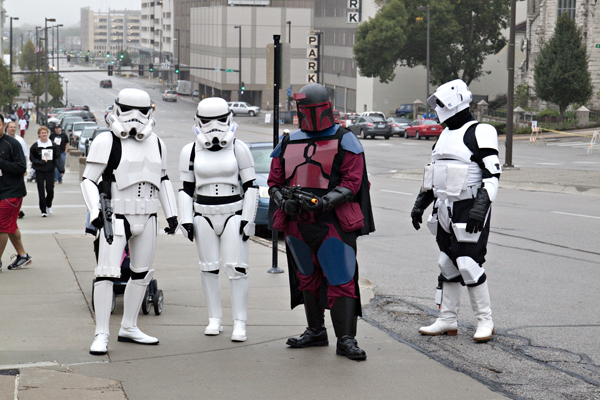 It was just over an hour later that we spotted Mike coming around the bend, headed toward the finish and probably wondering if we were going to be there… 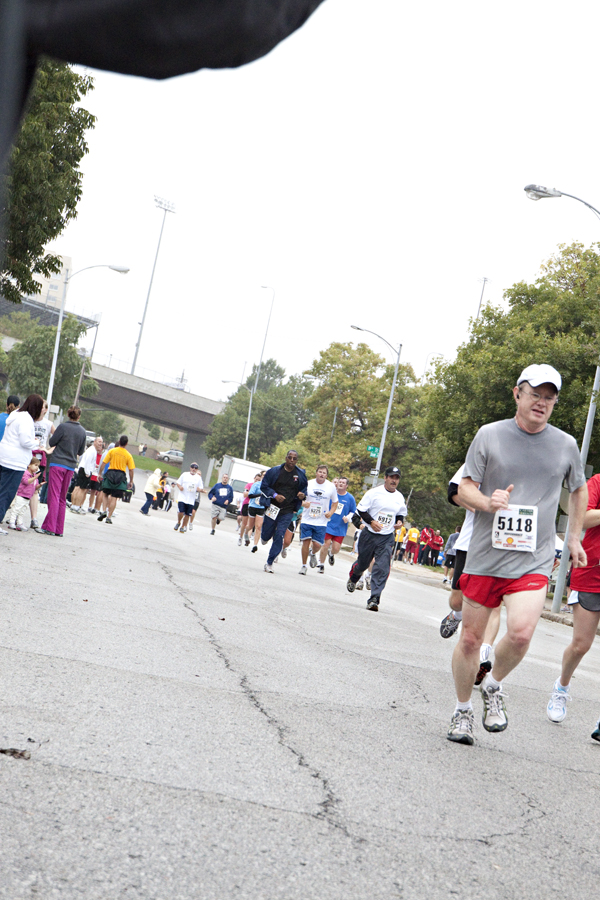 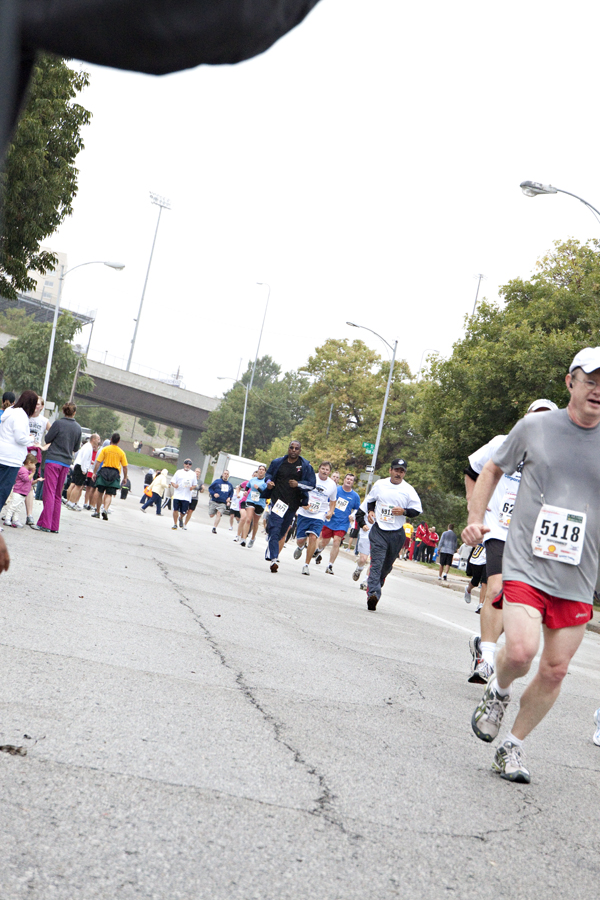 I think he found us! 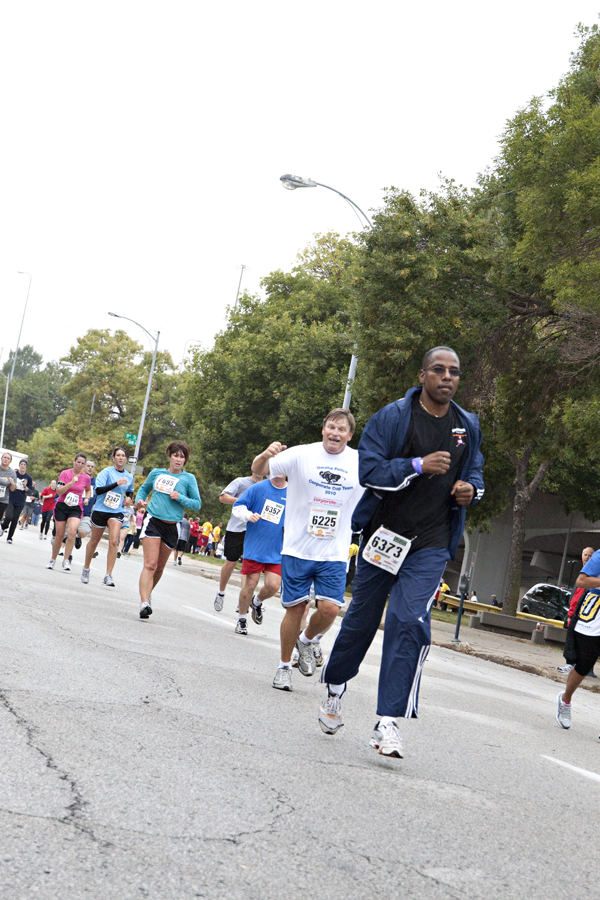 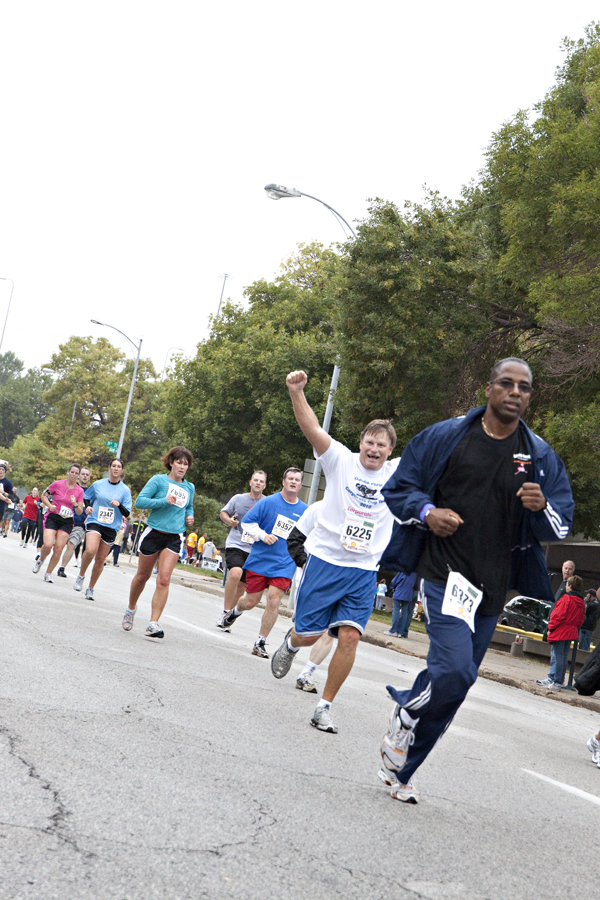 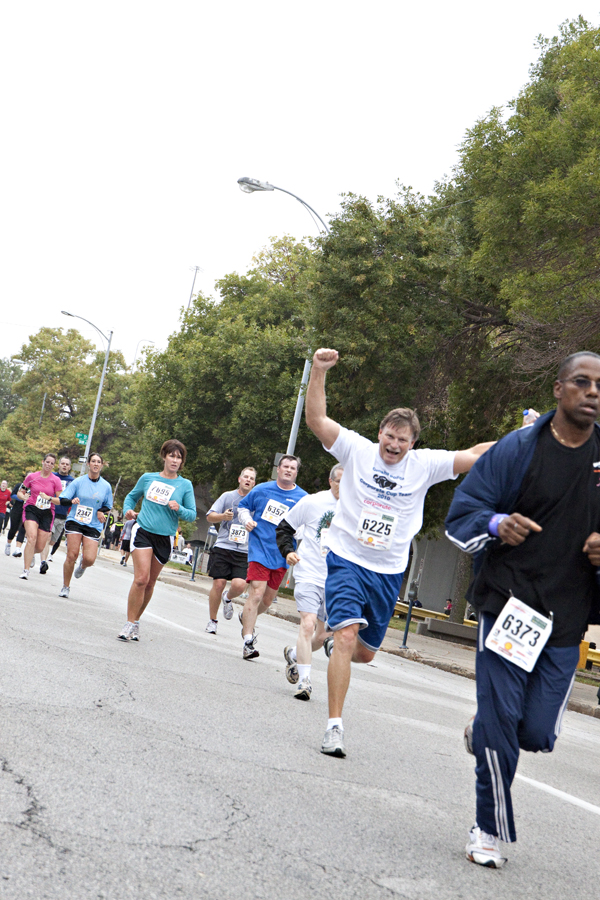 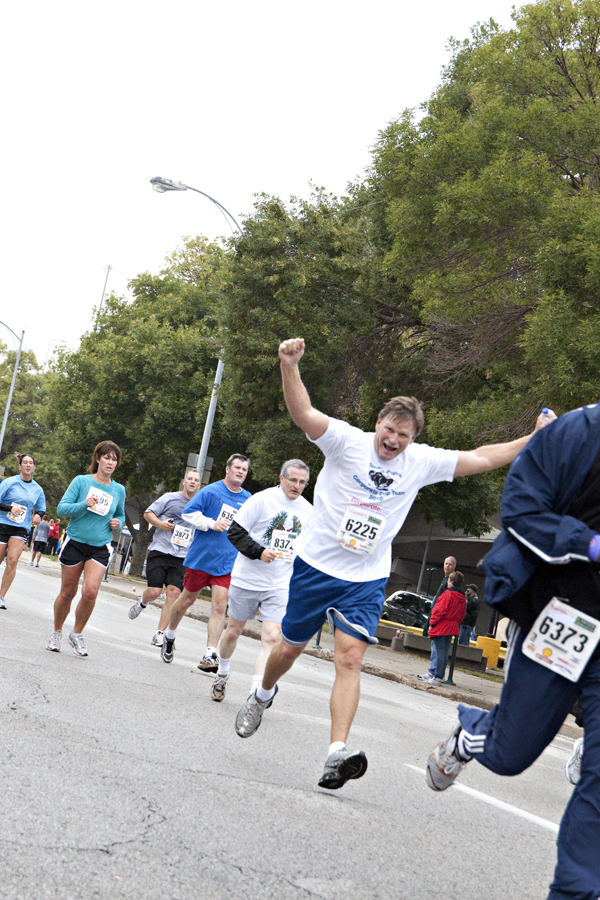 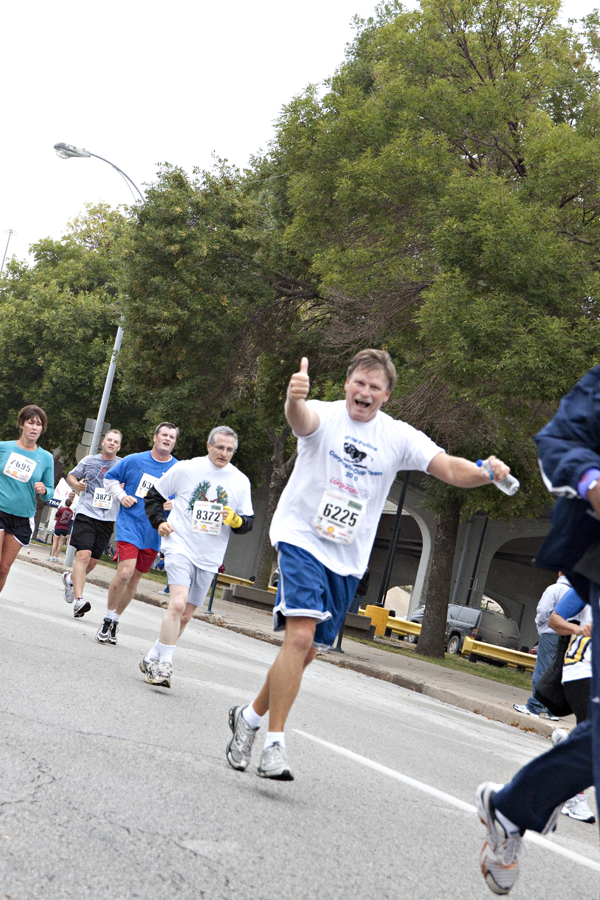 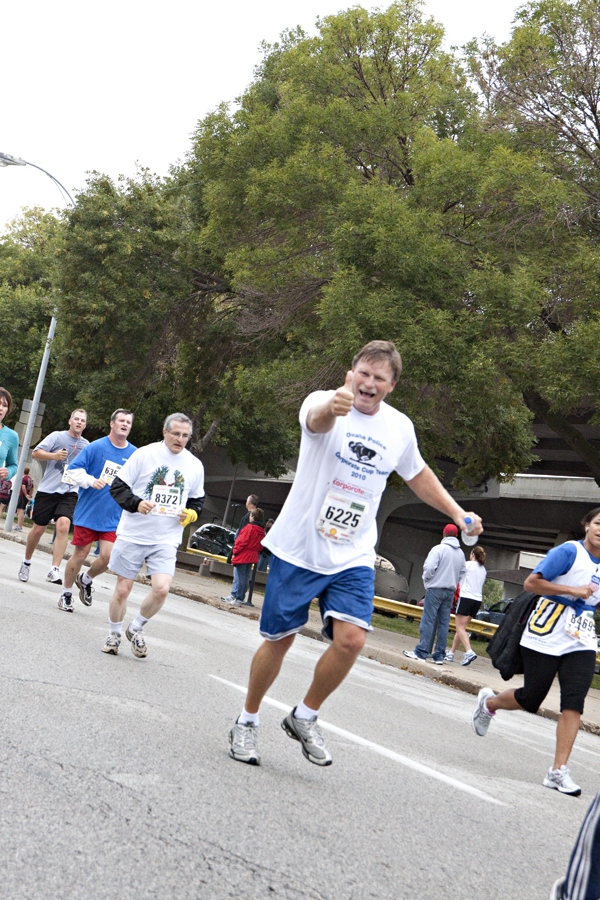 We were so proud of him! 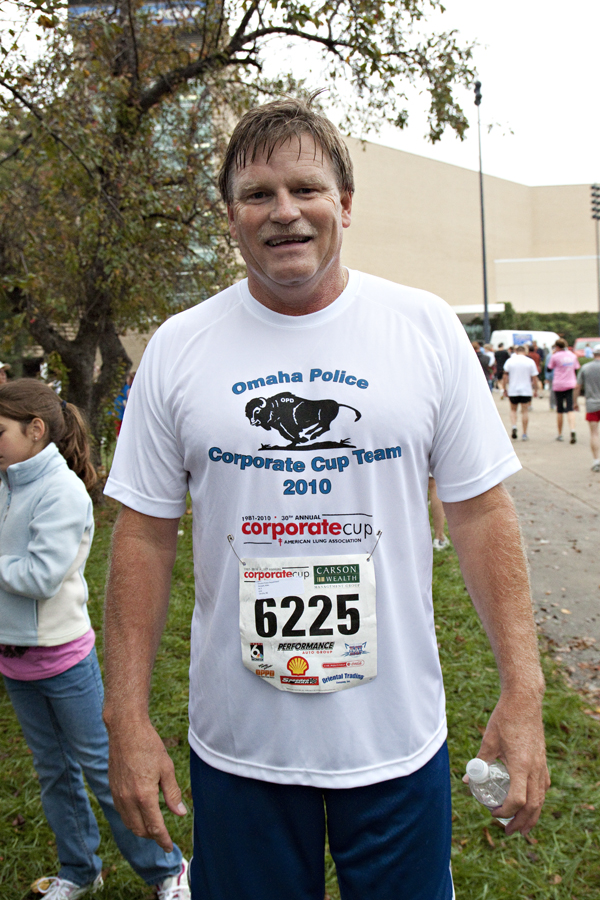 And he couldn't have done it without his training partner, Sophie. 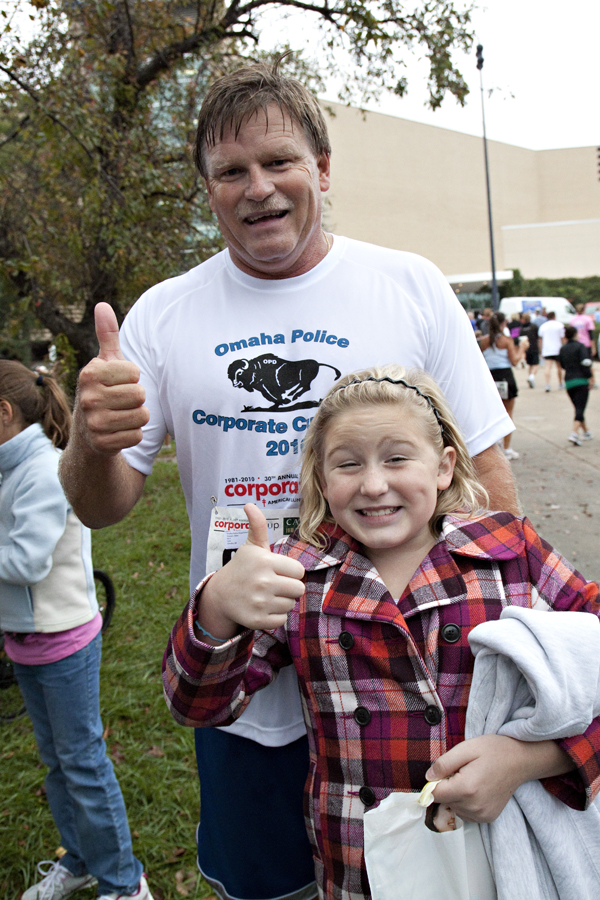 And he would like to thank the following people for their kindness and generosity:

I just wanted to say thanks to everyone who donated to the American Lung Association. It was very nice and thoughtful of each one of you who took the time to donate to such a worthy cause.   Like most of you, I really enjoy reading my wife's blog.  I always read the comments left by readers and am amazed at how kind and nice everyone is that leaves a comment.  I also wanted to take a moment and thank everyone that left condolences and thoughtful messages when my parents passed away.  All of those were very helpful to me.  Thanks to all of you for being so thoughtful.