Ever since I started keeping my bird feeders filled, I've had birds in my back yard that would make Alfred Hitchcock envious. (Nevermind that his movie wasn't called The Finches.) However, lately I've noticed a peculiar absence of fowl at my feeders. Nary a feather can be found, except for the stray one on the ground.

Don't worry, that verse will not be made into a sampler.

So the other morning, I discovered why my feeders are still full… 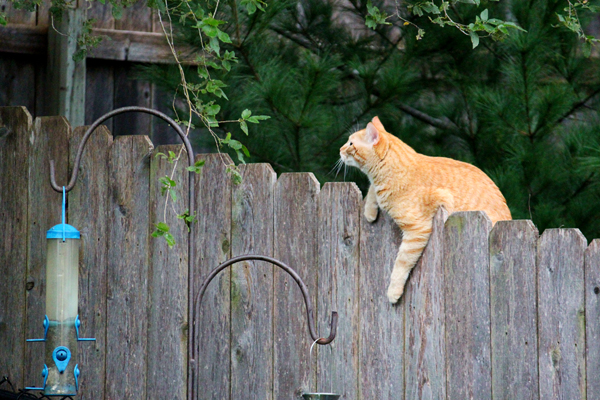 Why, oh why must I be plagued with one oversized Golden Retriever who couldn't catch a ball if it were sitting still, and 2 tiny ankle-biters who can only jump as high as my kneecap? 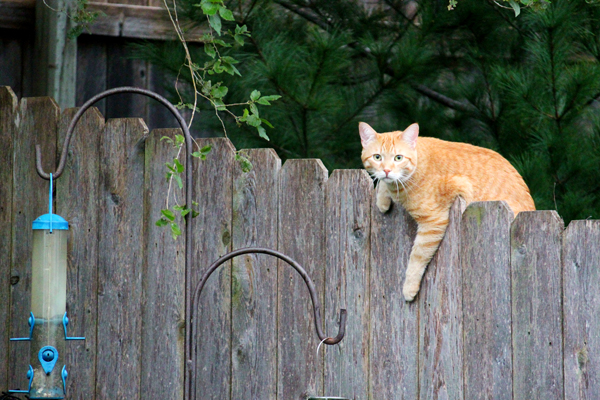 I think he heard me think that.

Actually, I love cats, so I didn't mean that anyway.

As a matter of fact, Sophie was the first one to spot him – on our porch, earlier that morning. So I let her put some cream (okay, half-and-half) on a saucer like you're supposed to do, but after a couple of drinks, the cat disappeared. (I'm sure it was bc there was no coffee in the half-and-half.) 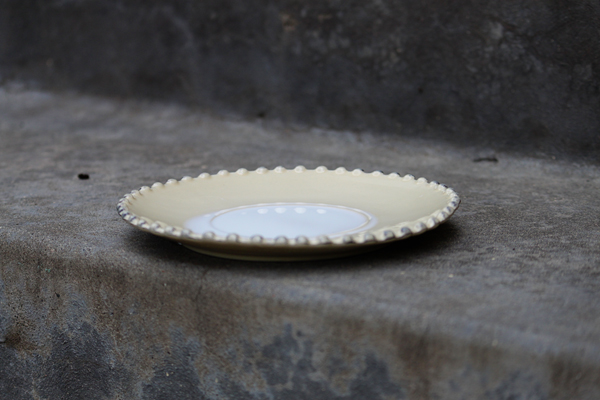 Later on is when I spotted him up on the fence. 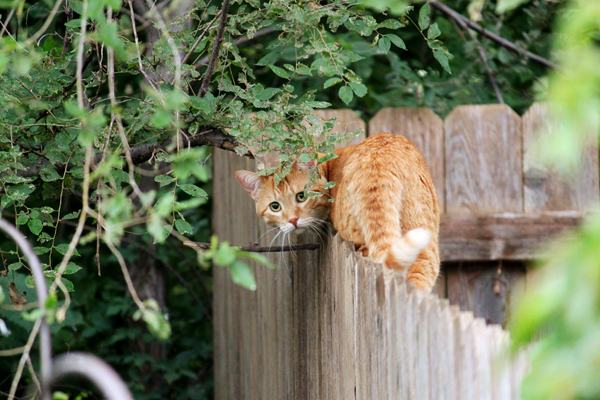 I think he noticed the dogs inside the window, who were completely oblivious to the fact that a would-be mortal enemy was in their yard, looking at their birds.

And then he saw me. He quickly vanished into the trees behind the fence, but was back again the next morning, waiting patiently for breakfast.

My sister used to have a cat just like this one, named Sinbad. He used to laze in the grass, enjoying his life, until, one day, a bluejay spotted him and started dive-bombing him on a daily basis. He decided then that he didn't like lazing around anyway.

I'm off to buy some peanuts, bc I think my back yard would be pretty with some blue in it. Orange and blue don't really go well together, unless you're a Denver Broncos fan. And thankfully, I don't have any broncos in my back yard.

It just looks like I do, thanks to my oversized Golden Retriever.

Needless to say, I've spent the latter part of this post thinking out loud.